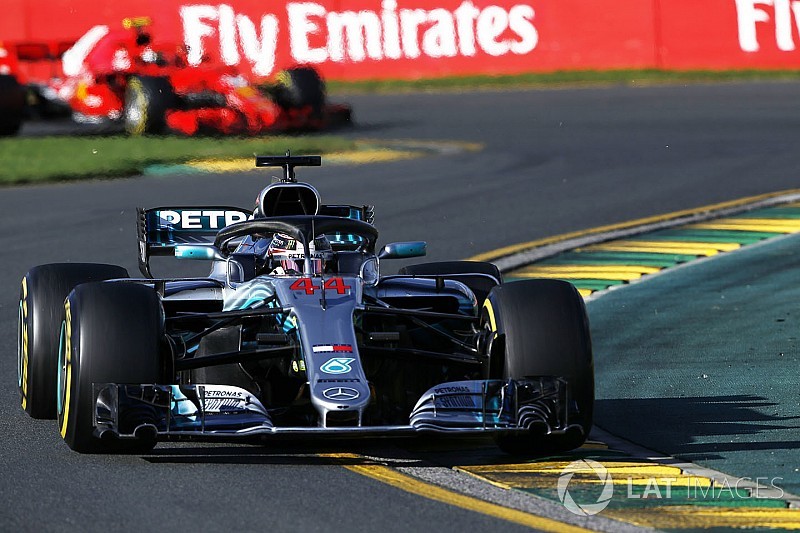 Mercedes suspects a software glitch was to blame for it losing victory at the Australian Grand Prix to Sebastian Vettel during a virtual safety car period.

Lewis Hamilton had led the early stages of the race but was leapfrogged by Vettel during a mid-race VSC period that had been called to help marshals retrieve Romain Grosjean’s Haas car.

While Hamilton was baffled by having lost the lead without any warning from the team, Mercedes thinks that a software programming issue meant it was not made aware of the threat that Vettel had posed.

Speaking after the race to Sky, Mercedes boss Toto Wolff said: “We thought we had about a three-second margin, so we need to ask the computers – and that is what we are doing at the moment.

"If we have a software problem somewhere, we have to fix it.

“I think the problem is within our system. Fifteen seconds is what you need and we had 12, which we thought was enough – but it wasn’t.”

Wolff suggested that part of the problem had come up because Mercedes’ system had not correctly calculated the gaps during a particularly close race.

“It is a situation we didn’t have yet with a special constellation of cars on track, so the gap that we needed was wrongly calculated by the system,” he said.

"The way the algorithms are set up, the way the computers are programmed, the green light was always enough for us to stay ahead. But then we saw the TV pictures and it wasn’t enough.”