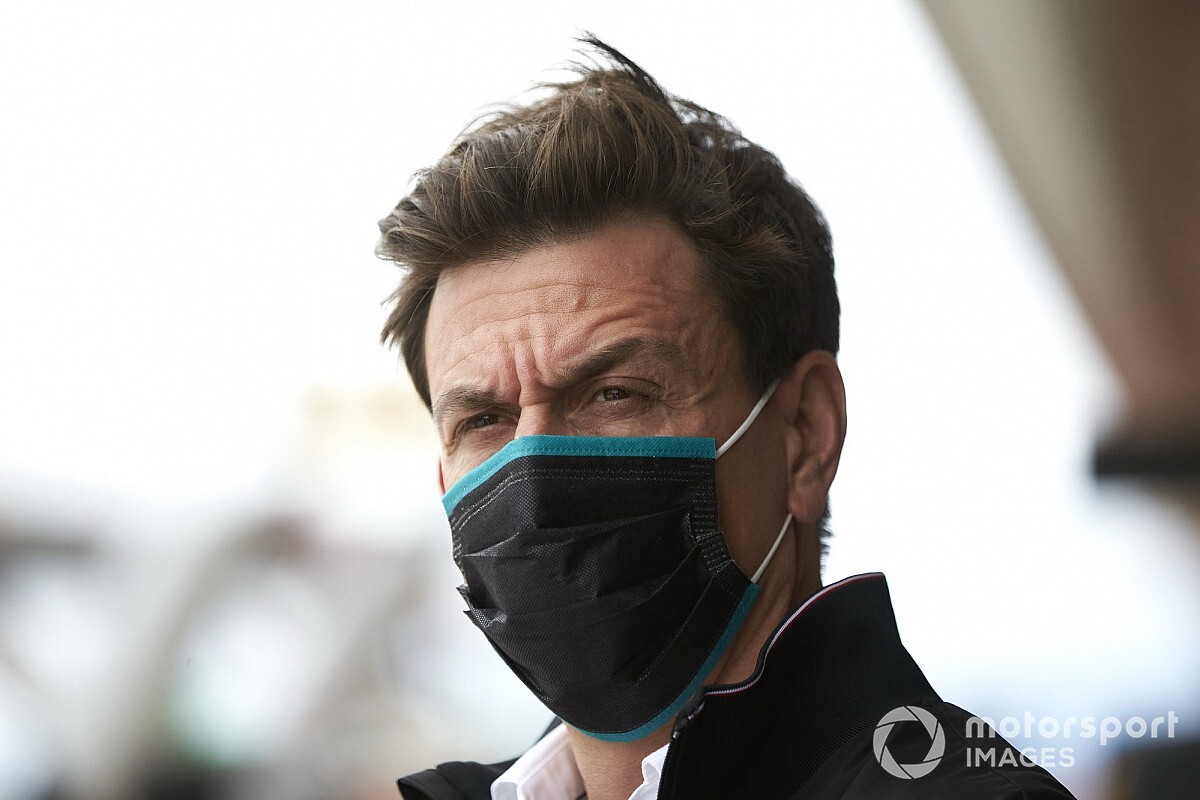 Toto Wolff says the majority of Formula 1 teams think the Concorde Agreement needs some “cleaning up”, but have been “up the arse” of Liberty when talking publicly about negotiations.

F1 is currently working with all 10 teams to finalise the next set of commercial agreements that will be in place from the start of 2021, focusing on revised financial distribution and changes to the governance structure.

Mercedes team principal Wolff said on Friday that the German manufacturer was not willing to sign the agreement currently proposed.

It is understood that Mercedes is unhappy with its treatment during talks, feeling its commitment and contribution to the sport has not been appreciated through negotiations.

F1 responded to Wolff’s comments by saying it would “not be delayed any longer” in finalising the commercial arrangements, with a deadline set for teams to sign of August 12.

A number of other F1 teams have publicly said they are ready to sign the new Concorde Agreement including Ferrari, McLaren and Williams.

But Wolff believes that most of the teams remain unhappy with the finer details of the agreement, yet they are not willing to speak up about it in public.

“I think most of the teams, if not 90%, are of the opinion that it needs cleaning up, that there are clauses that are critical that need to be discussed around governance and certain commercial aspects,” Wolff said on Sky Sports F1 on Friday.  “But we are not really able to engage.

“Some of these guys, when they come on camera, they are up the arse of the commercial rights holder.

“Then when we have them in the meeting, they are revved up and they are the loudest. I guess it’s about manning up and expressing your opinion.

“We love this sport, we have core objectives that we share with Liberty and with the FIA. We all want to stay in this for the best of the sport, and it’s all about to discuss [it].”

Talks over the Concorde Agreement have been running for some time, but there was not previously a deadline put in place as there was no regulatory framework setting a cut-off date, unlike the sporting and technical regulations.

But F1 recently moved to put in place the August 12 deadline, giving teams until next Wednesday to sign up for the upcoming commercial arrangements.

Ferrari F1 boss Mattia Binotto said on Friday that the manufacturer’s “role has been recognised” in talks, having traditionally enjoyed both financial and governance perks for its long-running commitment to the sport.

Binotto hoped that Mercedes would agree to the new terms and stay on the grid for next year.

“I don’t know what will be Mercedes’ position, that’s up to them to decide,” Binotto said.

“I hope obviously they will sign. I think it will be great to have Mercedes with us next year on the followings.

“We are the only ones who have been there since the very start of Formula 1, 70 years. So it’s true as well that some teams sometimes are there and cannot be there.

“I think Ferrari will be there, as always it has been part of the history. We’ll be there in the future, we are fully committed, and we will certainly sign.”