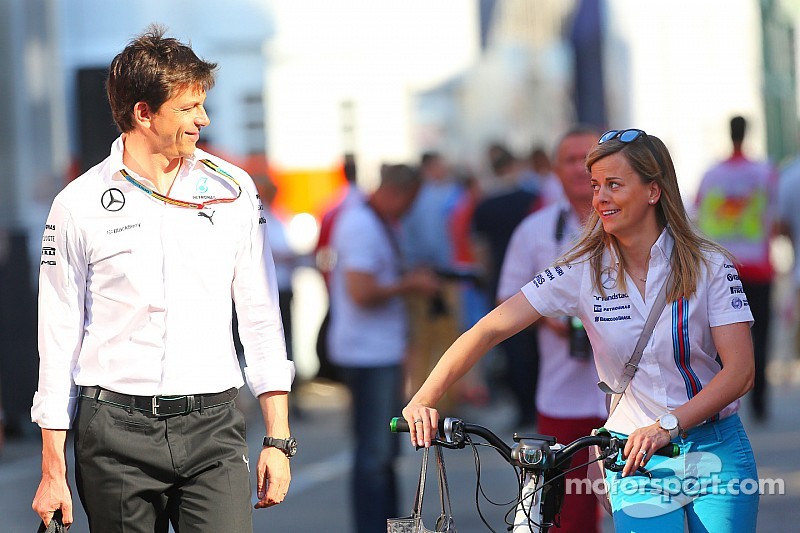 Toto Wolff is expected to attend this weekend's Hungarian Grand Prix, despite undergoing surgery on Tuesday following a cycling crash.

On a bike tour along the Danube river with other members of the Brackley based team, including fellow team boss Paddy Lowe, Wolff reportedly crashed.

Lewis and Nico are better wheel to wheel at 300kph than we are at 30!

It is believed Lowe was actually the first in the pileup to hit the road, but it is Austrian Wolff who came off worse for wear.

Mercedes confirmed that the 42-year-old underwent surgery to repair a broken shoulder, collarbone, elbow and wrist.

The team also 'tweeted' a photo of an x-ray depicting their boss' new silverware, and christened Wolff the "Totonator" for being half-man, half-machine -- undoubtedly a reference to fellow Austrian and dead-ringer Arnold Schwartzenegger.

"We've decided to leave it to the pros now. Lewis and Nico are better wheel to wheel at 300kph than we are at 30!" Toto Wolff said.

Lewis and Nico set for win at Hungary