Mercedes team boss Toto Wolff is confident that the fight between Lewis Hamilton and Max Verstappen for the Formula 1 title in Abu Dhabi’s season finale will not turn dirty.

The two drivers are tied on points, and share the front row of the grid, for the final round of the F1 campaign at the Yas Marina circuit on Sunday.

But one week on from what was, at times, an ill-tempered Saudi Arabian Grand Prix, which included complaints, off-track moves, penalties and a collision, there have been fears that the battle between the two could erupt in further controversy.

However, in the wake of F1 race director Michael Masi reminding teams ahead of the Abu Dhabi weekend that the FIA could deduct points if there is evidence of unsportsmanlike conduct, Wolff has faith that the possibility of things turning nasty has been headed off.

Asked by Motorsport.com how he felt the fight with Verstappen would go, and what advice he had given Hamilton, Wolff said: "I haven't spoken with Lewis about that, because I think the race director sensitised the drivers about the possible consequences.

“I have no doubt that that the drivers will race hard because this is about the F1 world championship. But, I have confidence that it will be very clean: hard but very clean. [So] not pushing anybody off, or hitting anybody. This is what this epic championships deserves as a final.” 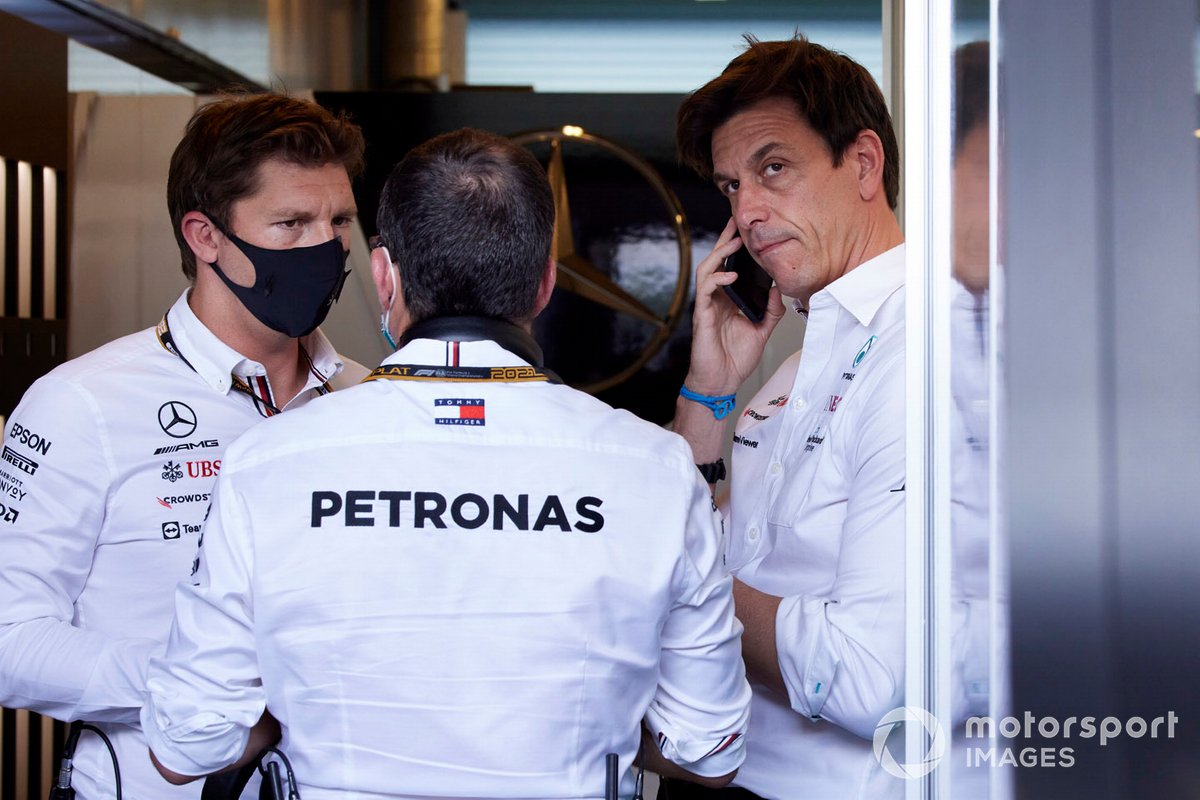 Mercedes had looked good heading into Abu Dhabi qualifying, but Verstappen pulled off a sensational lap to grab pole position.

Wolff conceded that Red Bull had simply done a better job in qualifying, both in the way it had got its set-up right for the cooler conditions at night – plus having engineered a good slipstream opportunity for Verstappen.

Asked whether Mercedes should have tried something similar, Wolff said: “What you gain on the straight you're losing in the corners, because it's simply too close and it's very difficult to orchestrate.

“I think the Red Bulls did it flawlessly and really credit to them how they did it and that gave them an advantage.

“But that is not the reason why we are behind. We simply had not enough pace as [Sergio] Perez and Verstappen later on. I believe they were not slipstreaming and were still fast if I remember right, so a lesson to learn: is that something we should consider in the future? But (for now) it's basically one-zero for them.”

The Abu Dhabi Grand Prix is Mercedes’ first last round title showdown since Hamilton and then teammate Nico Rosberg went head-to-head for the crown back in 2016.

Hamilton said in Abu Dhabi that he felt in a much better situation now than he did back then, and it’s something that Wolff agrees with too.

“The internal fight was very difficult to manage for us and for me to be neutral and balanced,” he said. “He's in a totally different spot in his life. His mindset is great. He's in a good space, together as a team, and we are as tight as you can be and as close as you can be.

“We are fighters. We fight and we never give up and, if you lose, you can say that you've given it all you had. Then, you can reach out behind and congratulate the other group if you want.

“But there's (time) between now and then, and until then I can tell you: we will be fighting.”