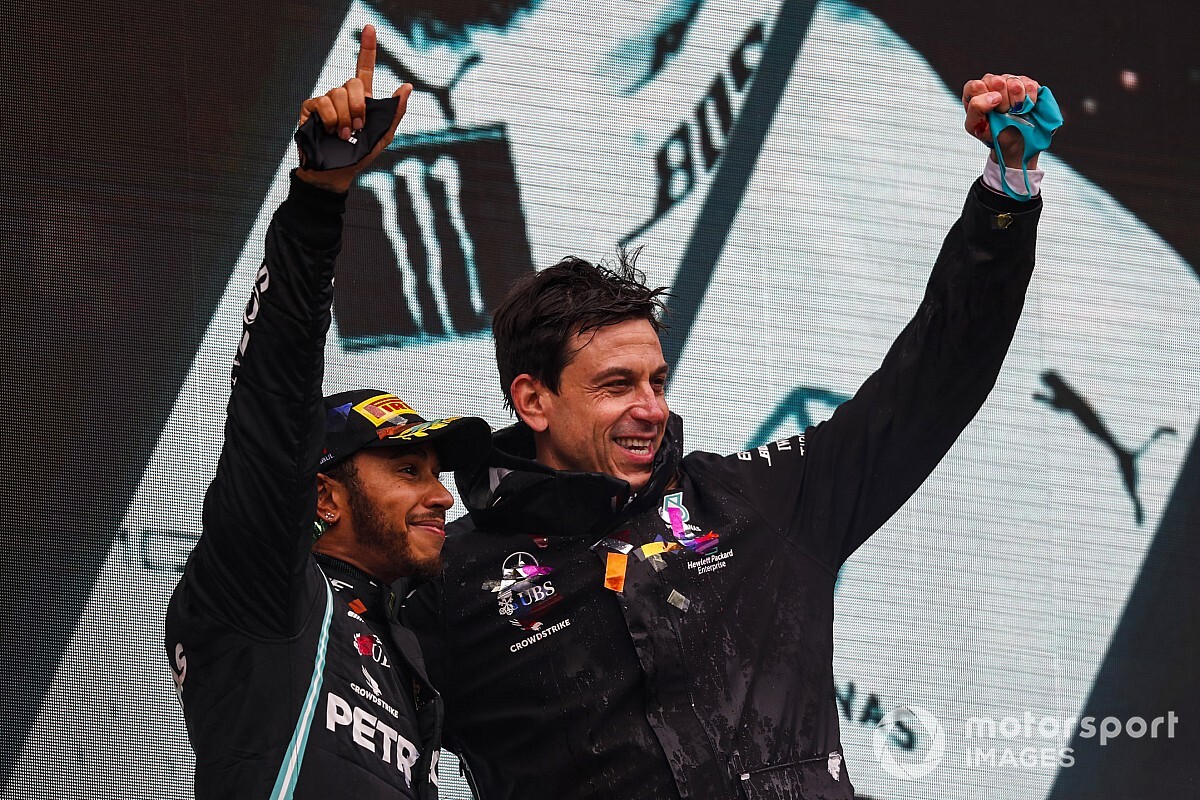 Mercedes Formula 1 boss Toto Wolff says there is no issue with Lewis Hamilton being polarising in order to speak out about important issues and use his platform.

It came after a year that has seen Hamilton find his voice and use his platform on issues such as racial equality and improving diversity within motorsport, something he said is more significant than his on-track achievements.

Hamilton set up The Hamilton Commission earlier this year in a bid to improve diversity in racing, and regularly uses his social media platforms with over 27 million folllowers to highlight issues.

Although it has led to criticism from some fans that Hamilton should focus more on racing, Mercedes chief Wolff said it was fine for the British driver to polarise people if it meant he spoke out about important messages.

“What I always say is that not only as a racing driver he has developed, but also as a strong personality,” Wolff said.

“I think that is absolutely acceptable, and he has gained more profile through that. He is obviously polarising, but that is OK, because you would want to polarise and get the message out, rather than be down the middle and too streamlined.”

He is poised to become the first driver in F1 history to hold over 100 wins and 100 pole positions, and will start 2021 as the favourite to take an unprecedented eighth championship.

Wolff said that Hamilton’s on-track success would only help his platform to grow and allow for him to speak to a wider audience about important issues.

“He is always very aware that through success in Formula 1 and as a racing driver with outstanding records, he will grow his audiences and his credibility,” Wolff said.

“That is clear. That is why these two things nurture each other. Obviously his main base is racing and driving and that is the main platform, so all the others become more credible.”