Wolff: Hamilton had "all the options" open to beat Rosberg

Mercedes team boss Toto Wolff has said Lewis Hamilton and his side of the garage only have themselves to blame for the tyre strategy in the final stint of the Abu Dhabi Grand Prix. 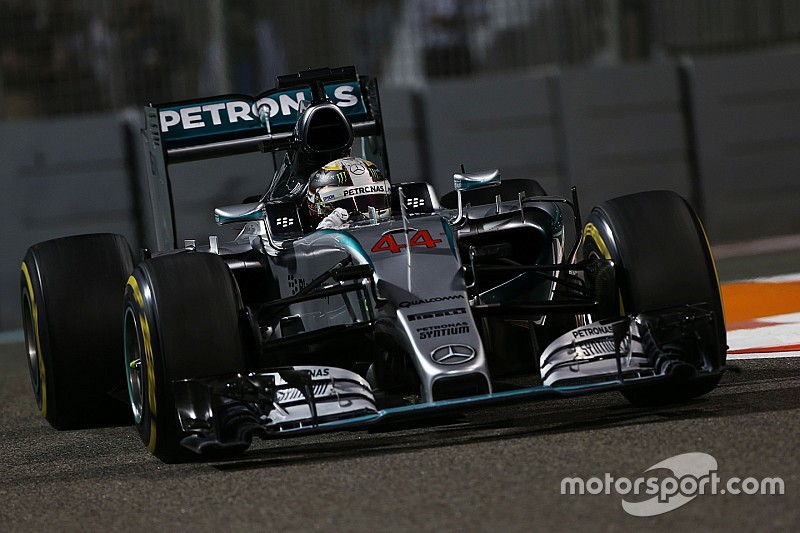 Hamilton stayed out for a longer second stint, in an attempt to shorten the run to the finish. He first questioned whether he could stay out until the end, which his engineer said wasn't an option and insisted that he pit again.

Eventually, Hamilton did so and took a shorter run on soft tyres, rather than a gamble on the supersoft – despite Ferrari's Sebastian Vettel using the supersoft for a 15-lap run to the finish, during which he gained two places.

"First of all we gave [Lewis] all the options to choose what tyre he wanted to have, that was important for the fans to see," said Wolff.

"He couldn't really make a decision, the option [supersoft] had 7-8 laps, even though the car was lighter it would not have lasted until the end, it was a decision in his garage to go on prime [soft] to end.

"There was lots of conversation, I'm not sure it was broadcast, between his race engineer and him to decide what to go for.

"We wanted to give him a real shot at the win at the end, the pace was not there at the end it was a shot strategy wise and it was his decision."

The radio message exchange between Hamilton and his engineer Peter Bonnington was broadcast on TV, and went like this…

PB: "We've got 18 laps remaining, I think we may stick with the prime tyre, it's holding up well."

LH: "If I was to back off right now, and look after these tyres to the end, how slow can I go per lap?"

PB: "I think that would be pretty much impossible to do."

PB: "It's not even worth working the numbers. It would be a real gamble and it wouldn't pay off, I guarantee it."

LH: "Read them out anyway, these tyres still feel good."

LH: "Then you gotta box me guys. Fresh tyres."

Angry Alonso tells FIA to use "common sense" after penalty

Verstappen up to eight penalty points after blue flags incident