Wolff "totally okay" if Hamilton has had talks with Ferrari 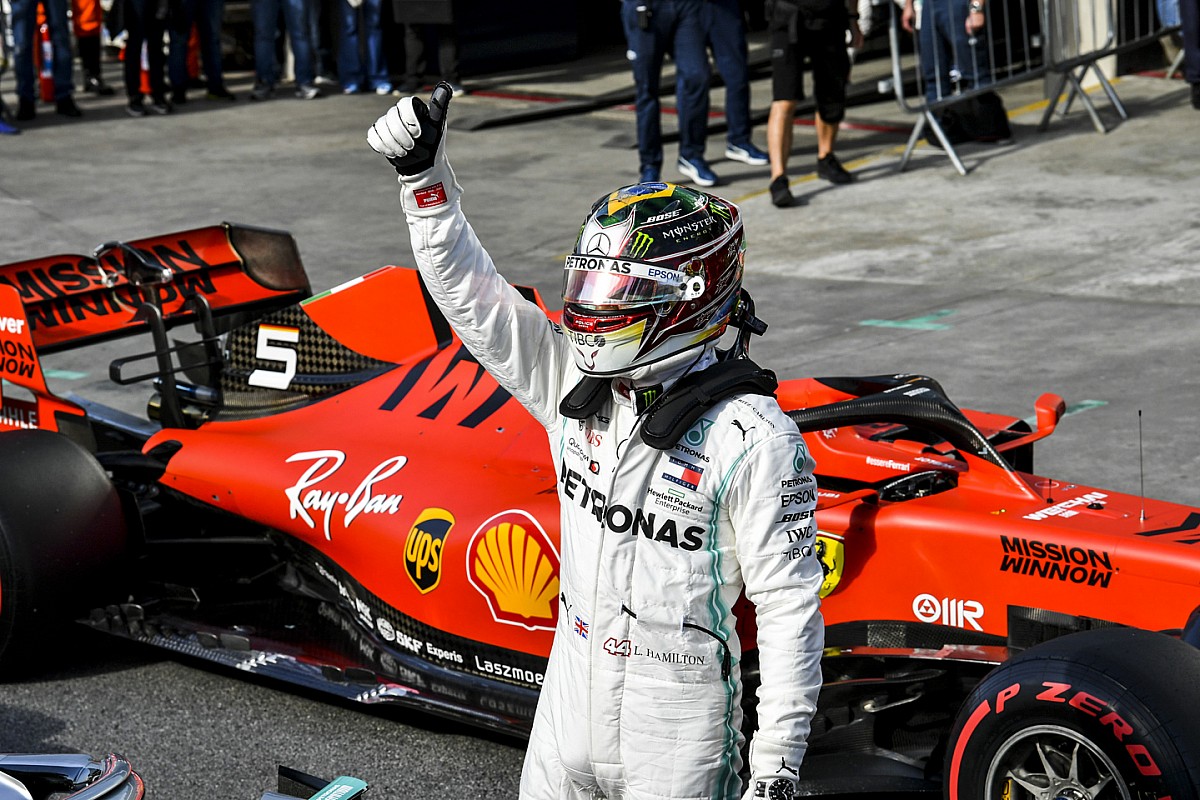 Mercedes Formula 1 boss Toto Wolff says he would be “totally okay” with Lewis Hamilton speaking to Ferrari, amid a report that the F1 champion has had meetings with parent company Fiat Chrysler’s chairman John Elkann.

According to La Gazzetta dello Sport, Hamilton – who, like most of his F1 peers, is out of contract at the end of 2020 – has met Elkann twice over the course of the campaign.

And while the 34-year-old has tended to play down the possibility of racing for anyone but Mercedes in the future, Wolff had admitted that the appeal of a Ferrari seat for any F1 driver had come up as a topic during talks over Hamilton’s latest Mercedes deal.

Asked during the final F1 race weekend of the season in Abu Dhabi what he would make of Hamilton meeting Ferrari, as per the newest reports, Wolff said: “I'm totally okay with that. I think this is a free world and I recognise that everybody needs to explore career options, and make the best decision for themselves. Drivers and everybody else included.

Ferrari team principal Mattia Binotto said on Friday that his organisation “can only be happy” about Hamilton, who has won five of the last six F1 drivers’ titles on offer, being on the market for 2021.

“I actually sat next to Mattia when he said that, in the press conference, and he was asked the question what he thought about Lewis, and he said he has the highest of esteems about Lewis,” Wolff said.

“You can also bet that if his chairman meets with him, that he's not going to talk badly [of Hamilton] either.

“So, I am totally relaxed about the situation. We need to push very hard to provide the drivers with the quickest possible car. And if we are able to do this, I'm 100 percent convinced that we will have the best possible driver line-up in the car.

“And everything points to our relationship [with Hamilton] to continue, but in life you never know. And therefore, as I said before, I am very open about this. I've started to embrace the fact that everybody has objectives, and needs to have the best possible opportunity for their career. In that respect, I am absolutely open for everybody to explore options.

“But obviously my personal priority as for the team would be to continue the successful journey [with Hamilton].”