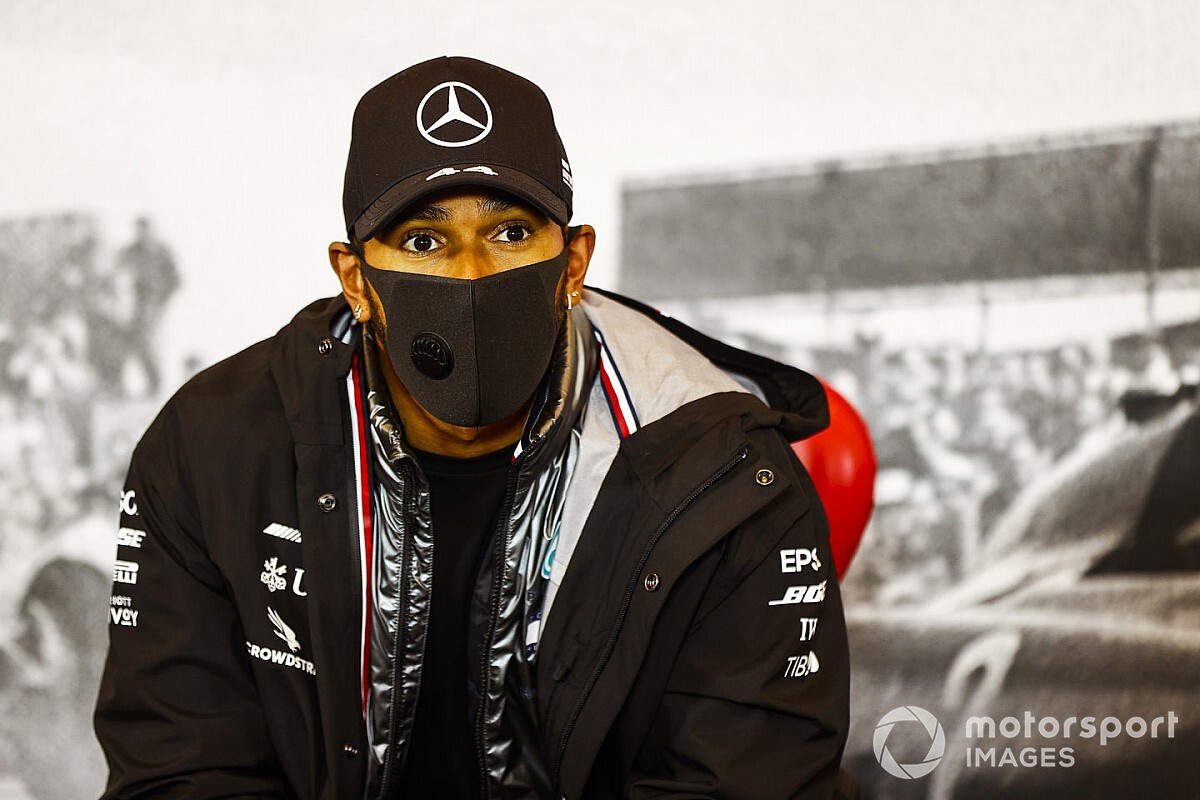 Toto Wolff believes drivers critiquing Lewis Hamilton’s success in Formula 1 by putting it down to the dominance of Mercedes should question themselves.

Hamilton drew level with Michael Schumacher’s record of 91 grand prix victories by winning the Eifel Grand Prix at the Nurburgring last Sunday, and is set to match his tally of seven world titles this year.

It has led to increased debate about Hamilton’s standing among F1’s greatest drivers, with three-time world champion Sir Jackie Stewart recently saying it was “hard to justify” if Hamilton compared to the likes of Jim Clark and Juan Manuel Fangio.

Hamilton has scored 70 of his 91 victories with Mercedes, which has dominated in F1 since 2014 and helped the Briton to win five of his six titles.

But Mercedes F1 boss Wolff felt it was wrong for Hamilton’s high win percentage of 34.87% to be used against him in the argument about his place among racing’s greats.

“I read that, and in my opinion, that’s not quite fair,” Wolff said.

“Winning races and winning championships is always in this sport a team exercise, but you need to put yourself in a position that you end up in the best car.

“You can see lots of talented and skilled drivers took wrong decisions, or not well-advised decisions.

“In that respect, it was him who joined Mercedes in 2013, and it is him that sits in the car and is able to execute on track with a tool that we provide to him.

“I don't want to allow these voices that say, ‘well, he drives a Mercedes, it's obvious that he wins so many races’.

“The drivers that say that, they should analyse why they haven't found a way into a Mercedes.”

Hamilton took the decision to leave McLaren at the end of 2012 and join a Mercedes team that had won just a single race since its works return to F1.

The move was perceived to be a big risk at the time, but paved the way for sizeable change in Hamilton’s F1 career.

Asked by Motorsport.com what he would tell the version of himself in 2013 who was joining Mercedes, Hamilton said: “Keep doing what you’re doing.

“Hindsight is always a great thing, and I’m sure all of you can look back and say how you would maybe do something different.

“In 2013, I can’t remember how old I was. Still a youngster! And still very much learning about myself. I think you probably can see there’s a lot of growth since then.

“Moving to this team, I knew, I don’t know how I knew it so well, but I knew it was the right thing for me.”

What Red Bull needs to beat Mercedes in F1