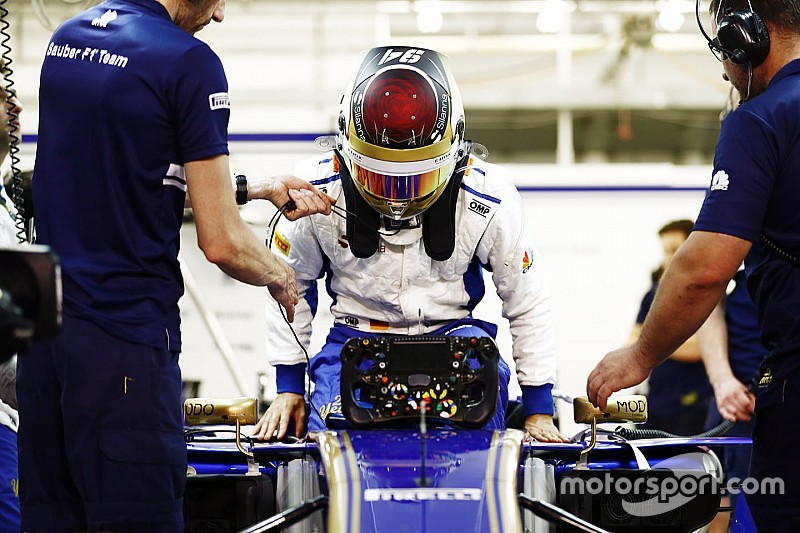 Mercedes boss Toto Wolff has praised his protege Pascal Wehrlein after the German not only outpaced his Sauber teammate Marcus Ericsson, but scored the team’s best qualifying result of the season so far in Bahrain.

Wehrlein came in for criticism after missing the first two races of 2017 due to fitness issues, a legacy of the back injuries he sustained in the Race Of Champions in January.

Wolff compared his performance to that of Valtteri Bottas, who recovered from his difficult race in China to take pole this weekend.

“Another one who has proved his critics wrong after the things he had to take,” said Wolff of Wehrlein. “People saying he should have been tougher, and racing the car.

“He bounced back in a spectacular way and put Sauber in a solid performance in Q2. It makes me really happy for him.”

Asked what he expected from Wehrlein on Sunday, Wolff said: “A solid performance. It would be good for him to finish the race without any physical pain, and help Sauber develop the car.

“There’s certainly a lot of motivation in the team to move on from where they are at the moment, and Pascal can be a part of that.”

Only feeling pain outside the car

Wehrlein, who was helped by yellow flags spoiling the final laps of potentially quicker cars in Q1, admitted that he had outperformed his own expectations.

“In the car I was lacking experience with the team, and to come back like this and reach more than what we could have expected is great.”

Regarding his first attempt at a full race distance he said: “It will be very interesting, but then I’m very happy as well to have a test next week so another day in the car where you get better fitness level, a better understanding of the car - so it all helps. We go from there.”

When asked how his back was feeling, he replied: “I feel it, but it doesn’t really bother me in the car. I think I showed that I’m OK in the car, but of course I already said it, so five weeks of being not able to train anything apart from the stupid cycling in the gym, it’s quite hard.

“I think I am on a good level now but without the injury, of course, I would be in even better shape.”

Insight: What is the Finnish word for 'exciting'? F1 drivers let the shackles off