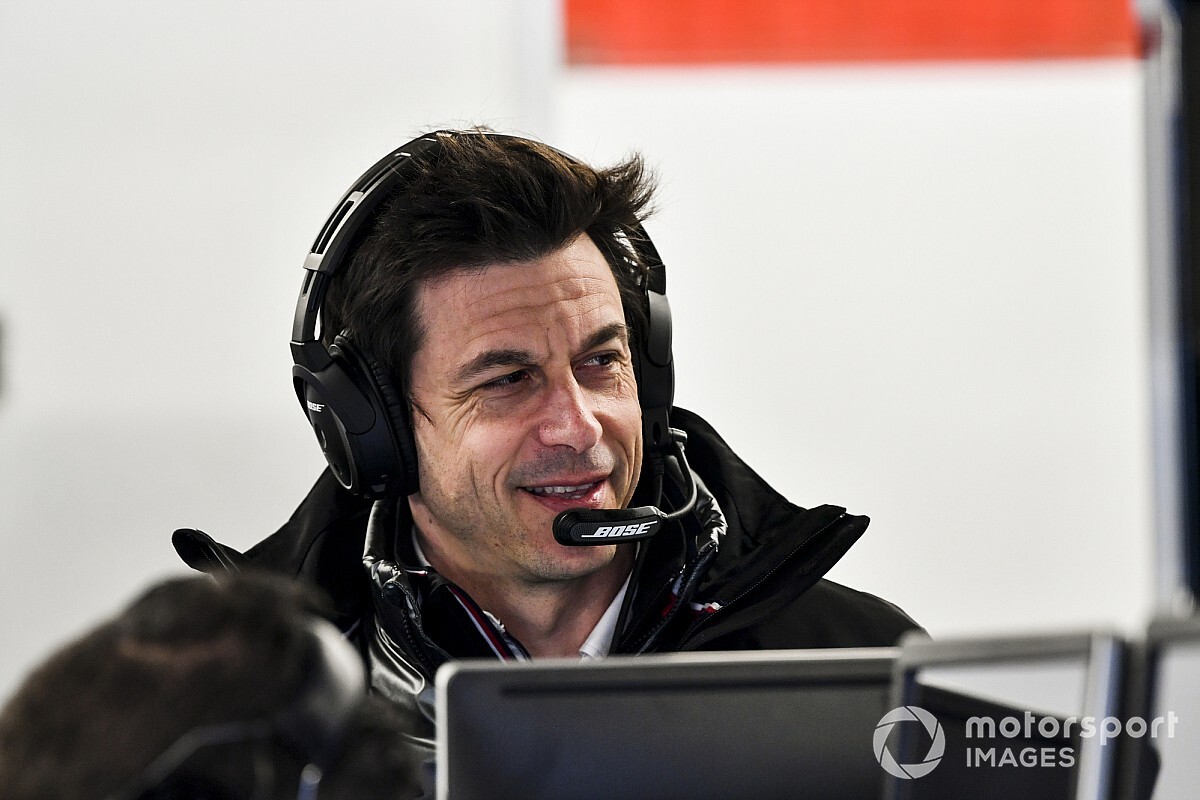 Mercedes Formula 1 boss Toto Wolff has made a personal investment in Aston Martin, Motorsport.com has learned, but he remains fully committed to his current role at the title-winning team.

As recently reported, Wolff has been considering a private purchase of Aston Martin shares in the wake of Lawrence Stroll’s recent buy-in.

Stroll is a friend of Wolff's, and his Racing Point team has a close alliance with Mercedes as one of its customer teams.

While Wolff has repeatedly denied that he will take a formal role at the British sportscar manufacturer, amid speculation he could become CEO, buying shares as an investment has long been on the table.

Such an investment would seem unusual considering his role at Mercedes, and given that Aston Martin is primary sponsor of F1 rival Red Bull Racing, but the German car manufacturer’s parent company Daimler is a long term shareholder in Aston Martin, so there is no conflict of interest.

Daimler struck a deal in 2013 to receive what was then 5% of shares (non-voting) in exchange for supplying its next generation of cars with high-performance engines and electronic components.

It is understood that Toto has purchased a 4.77% stake in Aston Martin which, following a rights issue that will dilute the investment, will be worth 0.95% of the company next week.

A spokesperson for Mercedes said: "Fully diluted following the pending rights issue, this investment will represent a 0.95% stake in the company.

“It is a financial investment and Toto's partnership and executive role with Mercedes are unaffected by the transaction."

While he could change the specifics of his role, it appears almost certain that he will remain on board for the near future.

Speaking to Austrian media recently, Wolff said: “I'm in the eighth year now. I love sports and this team. However, I am somewhat surprised by the turn of events over the winter and by the behaviour of individual people.

"Of course, this also has to do with my decision on what to do in 2020 and beyond. But I am and will remain the head of Mercedes Motorsport and F1 boss, and nothing will change in the short term."

Why F1's furlough debate isn't as clear cut as in football