Wolff: Abu Dhabi qualifying "one to put in the toilet" for Mercedes

Toto Wolff believes Formula 1 qualifying for the Abu Dhabi Grand Prix was “one to put in the toilet” for Mercedes after slumping to the third row of the grid.

Six days on from Mercedes' 1-2 finish in Brazil led by George Russell, the team failed to put up a fight to Red Bull and Ferrari at the head of the field as it finished six tenths of a second off the pace.

Hamilton took fifth place on the grid, finishing three thousandths of a second ahead of Russell in sixth as the Yas Marina Circuit layout hit the weaknesses of the Mercedes W13 car.

Speaking on Sky Sports F1 after qualifying, Wolff joked: "Today I have just heard is world toilet day, so I think that was one to put in the toilet."

Wolff explained that Mercedes "didn't get the job done" up against Ferrari, who locked out the second row of the grid with a buffer of more than two-tenths of a second.

"We went backwards and they did a little step forwards," he said. "We went for a high downforce, high drag concept to have a good race car for tomorrow, and that was just so slow on the straights. It didn't give anything."

The long straights in Abu Dhabi played to the strengths of Red Bull whilst hitting the draggy weakness of the W13, marking a turnaround in fortunes for Mercedes compared to last weekend.

But Wolff said that Abu Dhabi was always expected to be a difficult track for Mercedes given the characteristics of the car, and that its success at Interlagos was never likely to translate into another good result. 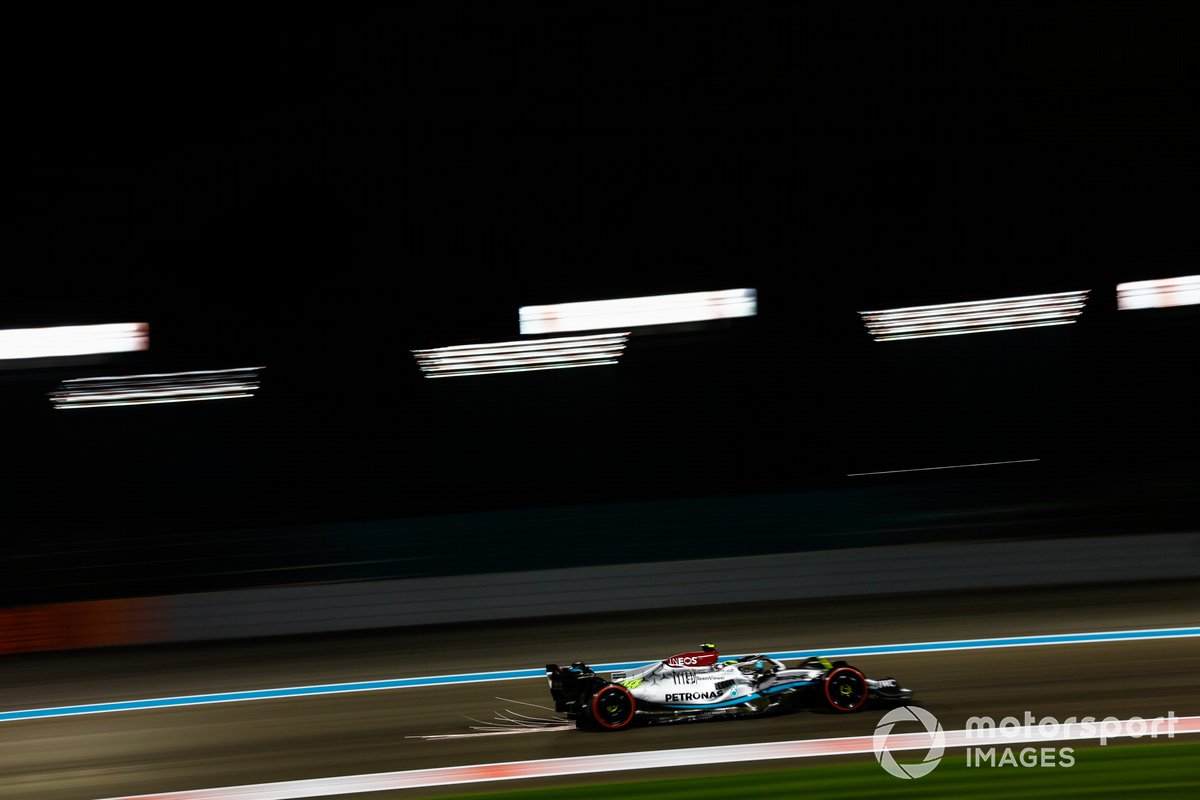 "We always knew that we need to improve and not set our expectations set on the Brazil result," said Wolff.

"I think [Interlagos] perfectly suited our car, everything ran very, very smoothly. And in Abu Dhabi, in our table of doom, was one of our worst tracks. Not catastrophic like the high-speed tracks, but still not ideal, and we've seen that today.

"We're just way too draggy for qualifying time, losing six-tenths on the straights, and it's just not easily solved by reducing the rear wing because it's simply the aerodynamic efficiency that the car is lacking. If we reduce the rear wing, we're not fast through the corners."

Wolff took some comfort in the fact that Mercedes' simulations for Abu Dhabi were correct, and hoped the team would fare better over the race distance on Sunday.

"In a way, it's good there is correlation between our simulation and the result, that's the one positive I see," said Wolff.

"I hope that we have a strong race car that is gentle to the tyres, even though we maybe can't overtake."