Mercedes Formula 1 boss Toto Wolff has backed the decisions made by FIA officials in race control at the end of the Italian Grand Prix.

Wolff believes that the fallout from last year’s Abu Dhabi controversy gave them confidence to withstand any outside pressure for the race to finish under green flag conditions.

The safety car emerged late in the race after Daniel Ricciardo’s McLaren stopped on track with an apparent engine failure.

Marshals could not push the car because it was stuck in gear, and it took some time to get a crane from the other side of the track, as it had to wait for a gap in traffic.

Meanwhile, with some leading cars pitting and others not, and cars not allowed to overtake the safety car while the crane was in action, it took several laps for driver Bernd Maylander to get all the cars in line behind him and in the right order.

By then it was too late to resume the race, and it finished with a short sprint from the final corner.

Fans at the track made their reaction clear with boos and whistles. However, while rival team bosses questioned how events unfolded, Wolff was adamant that everything had been done by the book.

"Very clear, there's rules, and they are written down,” said Wolff. “And from my perspective, whether I am Abu Dhabi traumatised or not, these rules have been followed to the dot today.

"There was a car out on track, there were marshals and a crane out there. That's why they didn't let anybody overtake.

“And then it was not enough time to restart the race once all cars caught up. So if one is not happy with the regulations, and you want to have a big bang show and two laps of racing, and then mayhem, I think I'm absolutely up for it.

“But then we need to change the regulations. So I don't think we should complain about anything that happened because this is the rules."

"So at least Abu Dhabi, in that sense, gave the FIA more robust confidence to apply the regulations." 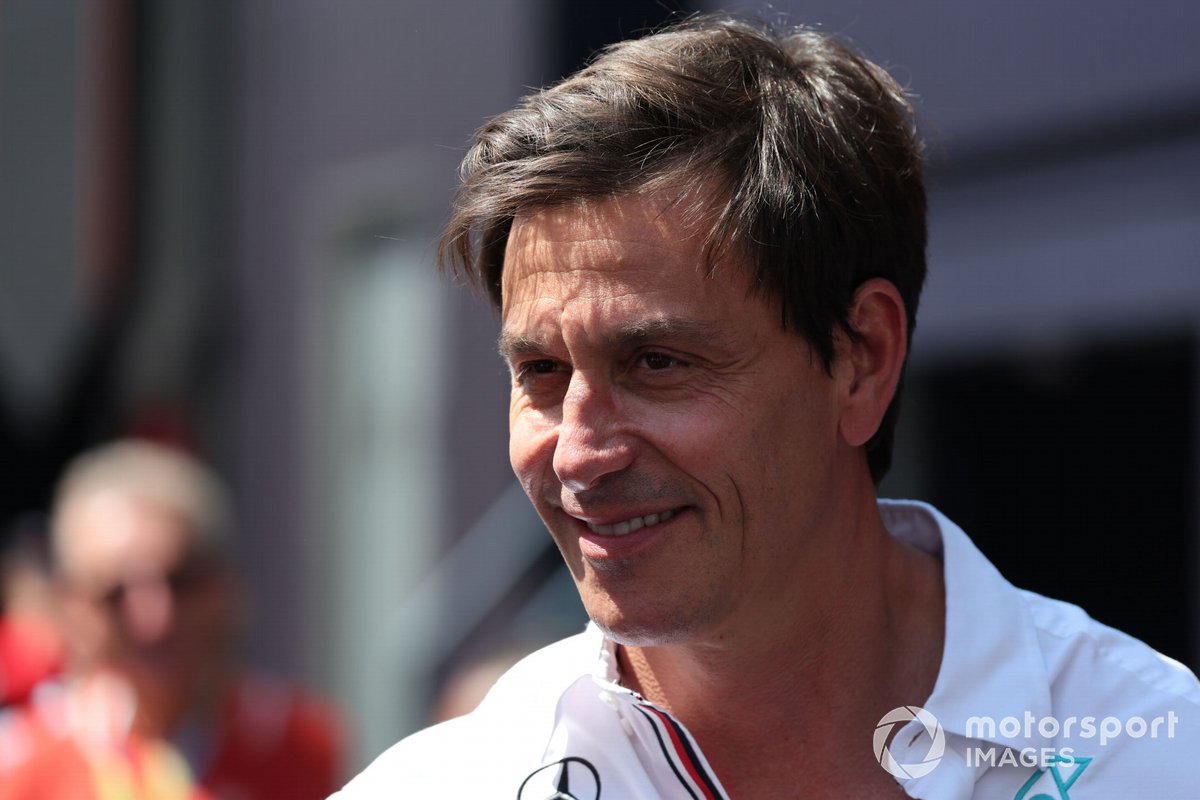 Asked by Motorsport.com if race control could have red flagged the race in order to ensure a green flag finish, Wolff dismissed the suggestion.

Wolff insisted that he didn’t want to be seen as a driving force behind any such change, which could be added to the agenda of a previously scheduled sporting regulations meeting in Monza on Monday, involving team sporting directors and FIA president Mohammed Ben Sulayem.

"I don't want to create a headline here that Toto wants to change the regulations because the racing is shit. I think we should all sit down and say is there something we can do better?

“But what happened today is in the regulations book, and that's why it was applied. Would I have wanted to have a last lap with a pile of cars on top of each other in the chicane? Yeah, hell yes. Good TV. But…

"I think we need to say do we want to have a race finishing under green? And then we reverse engineer it from there.

“So you can see five or 10 laps to the end we have a safety car, let's red flag it. And make sure that we are racing at the end. If that's in the regs, good. But there's much more clever people, the sporting directors, that will have some ideas."

Ten things we learned at the 2022 F1 Italian Grand Prix