Williams wary of McLaren threat in 2018 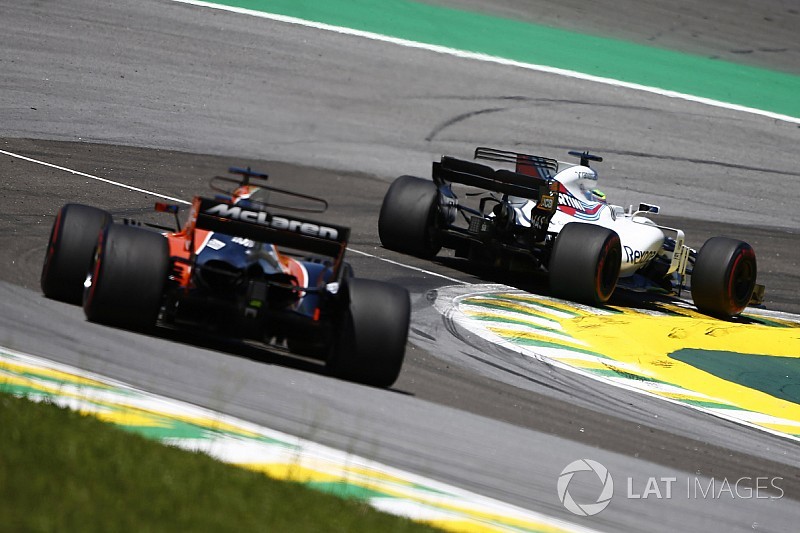 Williams technical chief Paddy Lowe says the team is wary of the threat McLaren will pose in 2018 after ditching Honda for Renault power in Formula 1.

Though Williams finished fifth in the constructors' championship for the second successive year, 26 clear of Renault, its tally of 83 points was down 55 on 2016.

McLaren has endured a difficult year, having been held back by a lack of power and unreliability from Honda, and finished ninth with just 30 points.

However, McLaren feels it has one of the best chassis on the grid and has ambitions to mix it with fellow Renault customer Red Bull this season.

"It will be interesting," said Lowe of McLaren's potential. "Honda have looked reasonably strong towards the end of the season so it'll be interesting to see what kind of step or not McLaren make over the winter.

"They are a competitor to be respected, so we've certainly got our eye on them."

Lowe said he was pleased with the development programme Williams has put in place for the closing stages of 2017, even if it ultimately could not match Force India and compete for fourth in the constructors' championship.

"Some of the results we've had have felt as good as a race win, as an achievement on the day, particularly Felipe [Massa]'s seventh in Brazil," he said.

"That was tremendous, particularly as he had a car that wasn't quick enough for that result. That's when you see great teamwork.

"Getting the best out of what you've got requires incredible teamwork, whether it's a winning car or a midfield car.

"We've had some losses, some errors, but overall the team has done a great job to pull that together. We would have liked to have been fourth.

"All credit to Force India, they have done a fantastic job, they deserve the position they've had.

"But holding on to fifth when you look round at the competition is not to be taken for granted.

"Particularly in the last third of the season, you won't know what we've done but there is quite a lot of lap time we've brought to the car just to stand still and hold on to that place.

"It's a really good performance programme we've had."

F1 legend Mansell’s verdict on current stars – and the Halo