Williams to use more Mercedes F1 parts from 2022

Williams has announced it will enjoy closer technical ties with Mercedes in Formula 1 from 2022, using more parts designed by its power unit supplier. 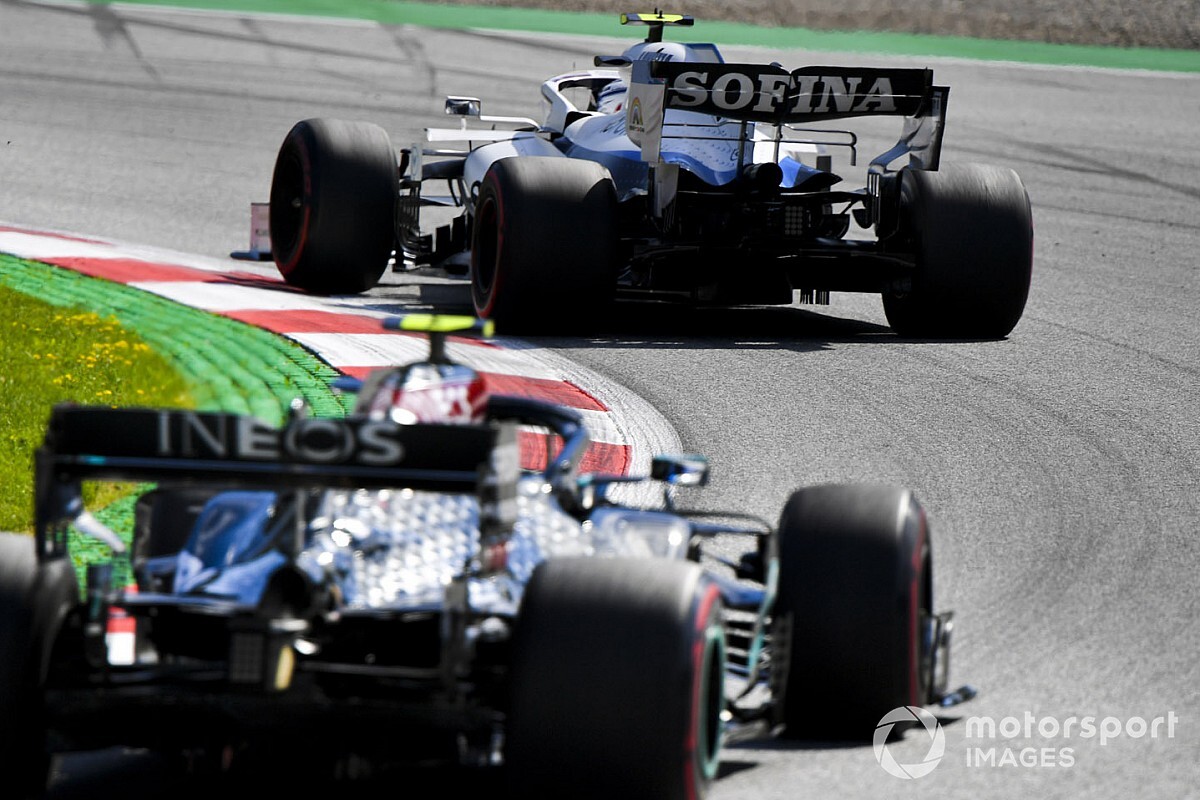 Williams has been powered by Mercedes since the start of the V6 hybrid era in 2014, but has made all other parts in-house and stressed pride in its independence.

But following a takeover by Dorilton Capital in August and a change in management at Williams, the decision has been taken to draw closer to Mercedes from next year.

Williams announced on Tuesday that it had "expanded its technical collaboration with Mercedes to include the supply of certain transferable components from 2022".

The deal will see Williams use Mercedes gearboxes and related-hydraulic components, two parts it has always built in-house.

Williams has been powered by Mercedes-Benz since the hybrid era began in 2014 and from 2022, the team will also use Mercedes gearboxes and related hydraulic components.

"The increased partnership with Mercedes will enable Williams to implement a more efficient design and manufacturing process in-house in the long-term, allowing the team to focus its resources more effectively in other performance areas," the statement reads.

"Williams will continue to design and manufacture other chassis parts internally."

"Williams is an independent team, but Formula 1 is always evolving, and as a team we must be agile to react to the current climate in order to put the team in the best position to be competitive on track.

"This long-term agreement with Mercedes is a positive step and forms part of our strategic objectives for the future whilst we will still retain our design and manufacturing capabilities in-house."

Mercedes F1 chief Toto Wolff added: "We are pleased to expand our technical cooperation with Williams through this new agreement.

"For Williams, it makes sense to acquire the integrated powertrain after running our power units since 2014 and for our team, it makes sense in terms of economies of scale to supply another team under the new rules.

"This is a project we have been discussing with Williams for some time and I am glad we have been able to bring this extension to fruition."

Williams has fielded Mercedes young driver George Russell in F1 since the start of 2019, and is signed to keep using its power units through to 2025.

Teams are permitted to share certain non-listed parts with other teams, with existing relationships in place between Mercedes and Racing Point, Ferrari and Haas, and Red Bull and AlphaTauri.