Williams sure it can hold off Red Bull 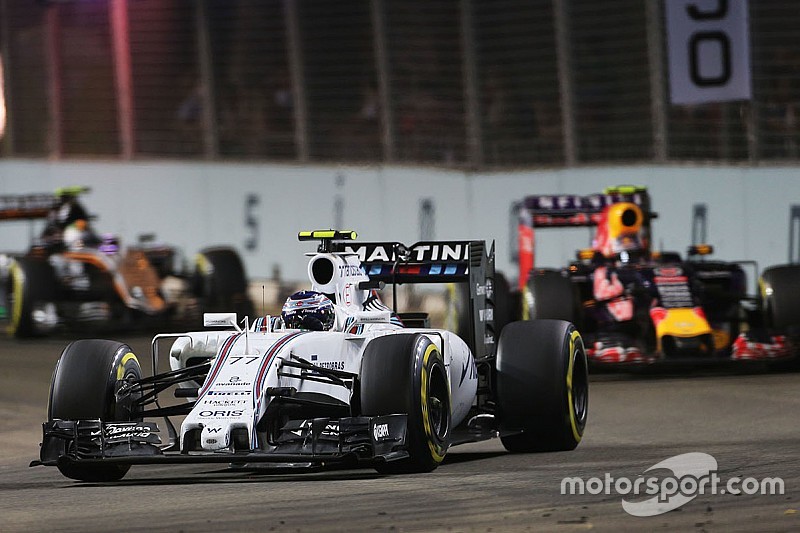 Williams remains confident it can hold off Red Bull in the fight for third place in the Formula 1 constructors' championship this year, despite being beaten by its rival at the Singapore Grand Prix.

The Grove-based outfit currently has a 59-point advantage over Red Bull with six races remaining, with its advantage having been cut as the result of Daniel Ricciardo's podium finish last weekend.

But with a run of tracks coming up that should suit Williams more, its performance chief Rob Smedley is optimistic that things will swing in his outfit's favour.

"I don't think we can read too much into the Singapore result, just as you cannot read too much in to the Italian GP result where we got 22 points on them," explained Smedley.

"I think they are both specialist circuits, so to try to read too much into that and say that is going to be our pace for the rest of the season is slightly naive.

"What I would say is that it is clear that they [Red Bull] have made some in-roads with that new front end and have got their car hooked up a little bit better. And it will probably for the remaining six races be quite tight. But that is fine.

"We are here to race with the best of them and it is not a problem. We will carry on developing our car as much as we can, even if the focus is on next year's car now, not only aero but mechanically as well.

"I am sure if we get everything right then I am confident we will still be third at the end of the season."

Smedley believes this weekend's Japanese Grand Prix will offer a good opportunity for Williams to stretch its advantage over Red Bull.

"The car was very good there last year in the dry – not so much in the wet," he said.

"It has got a good mix of high drag sensitivity, high engine power sensitivity and high speed corners as well. All of those things really suit our car.

"It has got to be a good race for us. I think we will have a possible advantage over the people around us in the championship and we just have to make sure we capitalise on that."

Behind the scenes F1: Why the sell-out new Mexican Grand Prix is turning the fans on