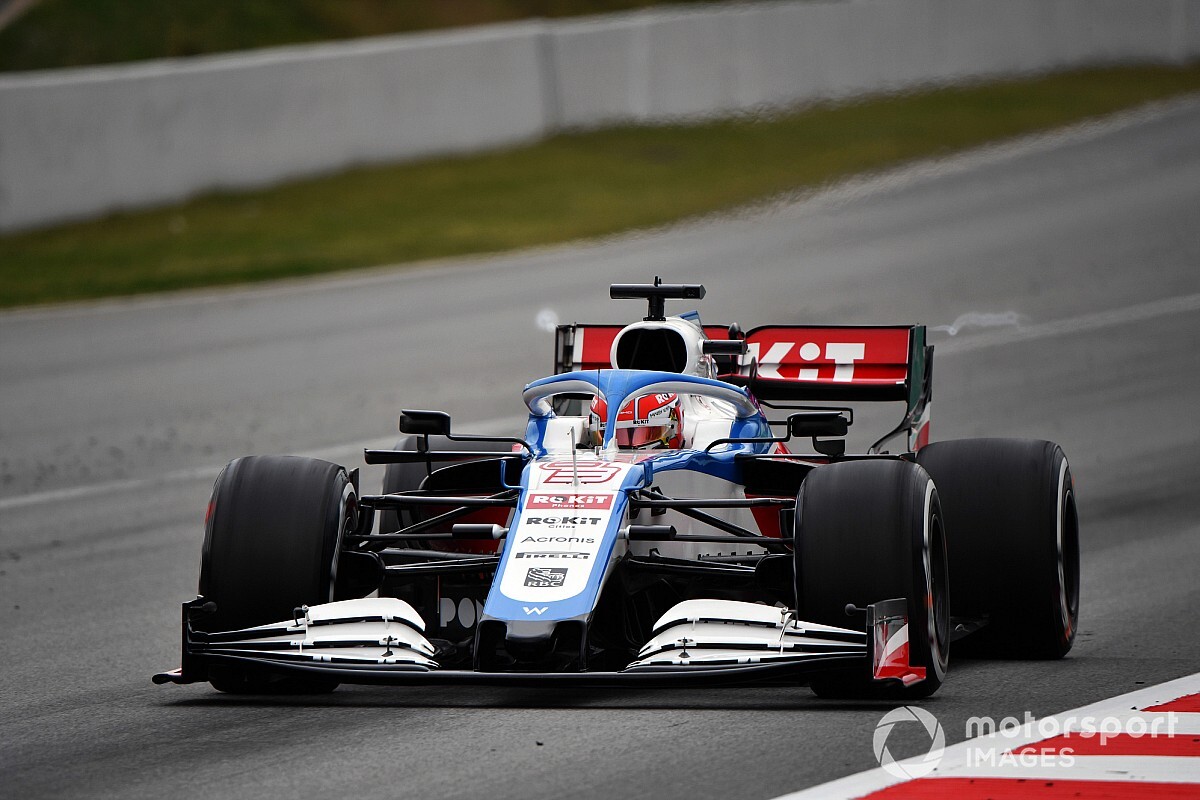 George Russell has played down suggestions that his Williams Formula 1 team will be able to rejoin the midfield runners despite an encouraging performance in the Barcelona test.

Williams scored just one point in 2019 and its drivers rarely escaped elimination in the first segment of qualifying.

Although troubled by several engine-related issues during the two Barcelona tests this year, both Russell and his rookie teammate Nicolas Latifi set lap times in the new FW43 which were faster than either of the team’s drivers managed in qualifying for last season’s Spanish Grand Prix at the same circuit.

But Russell pointed out that differing track conditions made comparisons virtually irrelevant, and that the team was harbouring no illusions about its relative competitiveness despite the signs of improvement.

“No doubt we're in a better position,” he said.

“I think realistically, we are still the slowest car. We're not going to get carried away with ourselves, but we've definitely reduced the gap.

“That's all we could have hoped for over over the winter. We'll go into Melbourne and see, but don't expect to see us in Q2 or Q3. We've definitely improved but expectations are all under control.

“Last year when we outperformed our car we were still qualifying 19th and finishing 19th. So I hope this year when people slip up and we perform well, that's when we can take the opportunities.

“I know where we’ve gained, but quantifying it versus the other teams is difficult.”

Analysis: What the FIA didn't say about Ferrari matters most