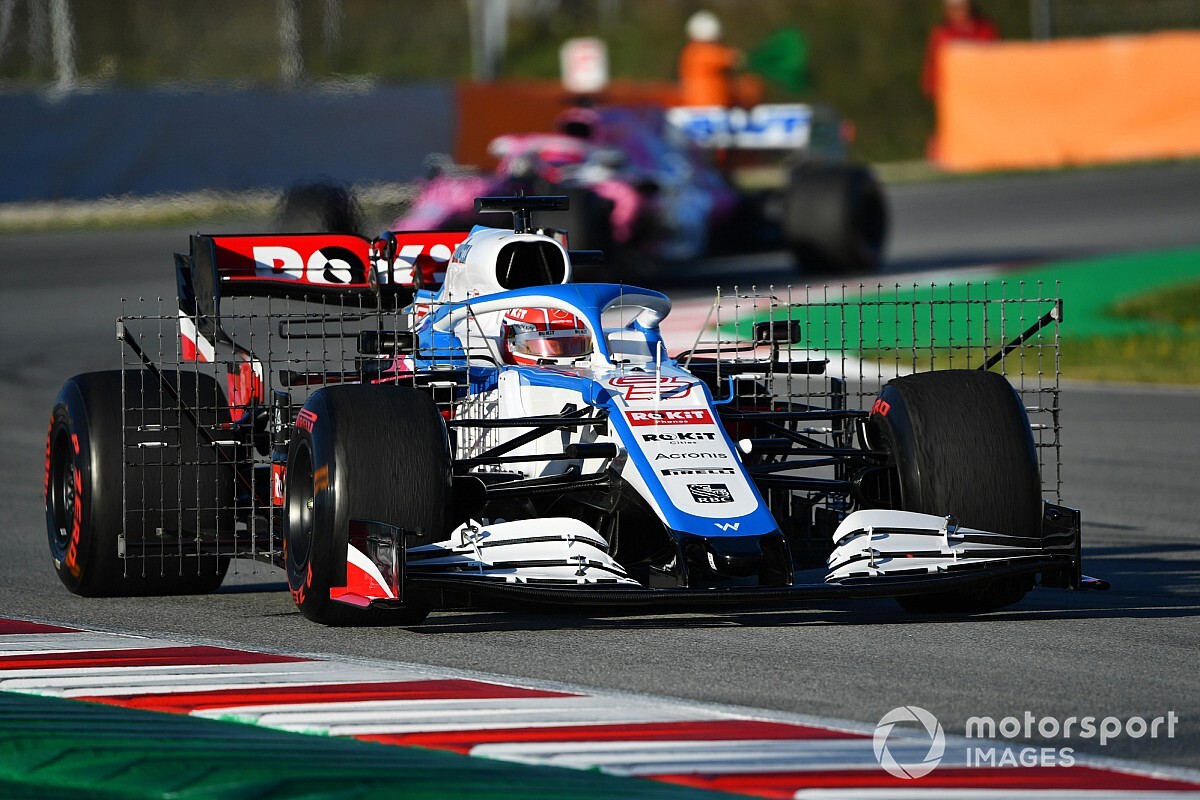 Williams says its recent poor form in Formula 1 cannot be put down to its decision not to purchase listed parts from a front-running team such as Mercedes.

Williams has finished last in the constructors' championship each of the last two years, slumping to its worst-ever F1 season in 2019 as it scored just a single point.

Midfield rivals such as Haas and, more recently, Racing Point have looked to boost their fortunes by taking customer parts from Ferrari and Mercedes respectively.

Racing Point turned heads with its 2020 car that was based heavily on last year's Mercedes championship-winning, prompting the RP20 to be dubbed a 'pink Mercedes'.

But Williams deputy F1 chief Claire Williams stressed the team would not be following that approach, making clear her desire for the squad to remain as independent as possible.

"I've always been really clear on where Williams stands around being an independent constructor and how proud we are of that. We're in this sport based on what we do," Williams said.

"It's not because we don't have a Mercedes that's coloured pink that we're not doing very well."

While Williams said the likes of Racing Point were "entitled" to do so as it did not breach the regulations, the differing business models meant not every team had the need to do so.

"That's their choice. They have a very different setup to that which we have," Williams said.

"We have a full manufacturing and operations department within the team, and I don't have any intention to change that.

"We all have very different business models up and down the pit lane, and they all work for you as they do, and you make those choices."