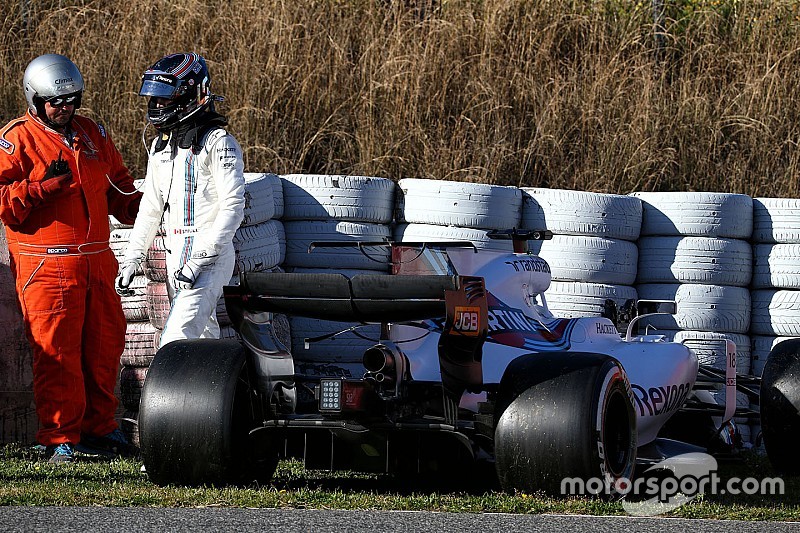 Williams has been forced to abandon the final day of running at the Barcelona test because of damage caused by Lance Stroll’s crash on Wednesday.

Stroll had spun into the barriers on the exit of Turn 5 late in the afternoon – damaging the front suspension and nose of the car.

The team had hoped that the car could be repaired in time for Thursday's wet test, but a detailed inspection revealed damage to the chassis.

Williams said: “Following a thorough inspection overnight some damage to the FW40 chassis was discovered.

“Therefore, on safety grounds, the team will not run the car today. A second chassis will be prepared at [the] track this afternoon as originally planned, with the team aiming to be back on track for the second test next week starting on Tuesday 7 March.”

Felipe Massa had been due to run on Friday for Pirelli’s allotted wet weather test – and Williams’ absence will leave the team without valuable data of the new wider rain tyres.