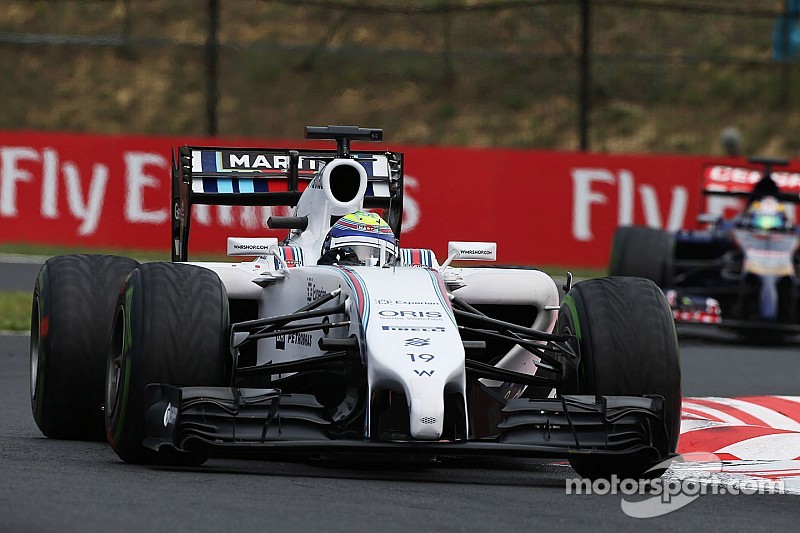 Felipe put in a strong performance in changeable conditions to end his run of bad luck with a solid points finish. Valtteri ran second in the early stages but was delayed by traffic during his first pit stop, eventually challenging Vettel for seventh in the closing laps.

Rob Smedley, Head of Performance Engineering: We've been used to racing for podiums lately, so today was a bit different. The pace of the car wasn't fantastic, which we can accept on a tight and twisty track like this. We did what we could, we got two cars home in the points and pulled away from McLaren and Force India in the championship. We're happy with fourth in the Constructors' going into the break and we've got some good races coming up, so we will come back eager for more podiums at Spa and Monza.

Felipe Massa: It was a very difficult race with a lot happening. We had many fights and it was difficult to stay on the track. We took some risks with the tyres in the pitstops and in the end it was a good result. Now we can look forward to the second part of the season and I'm sure we will score a lot more points than we've scored up until now.

Valtteri Bottas: After three podiums in a row P8 is not that satisying, but we got some good points as a team. There was more to come today but we were unlucky with the safety car when I went from P2 to out of the top 10. We need to analyse this race then focus on the next one. There are many more good moments for us to come this season, we are getting stronger.