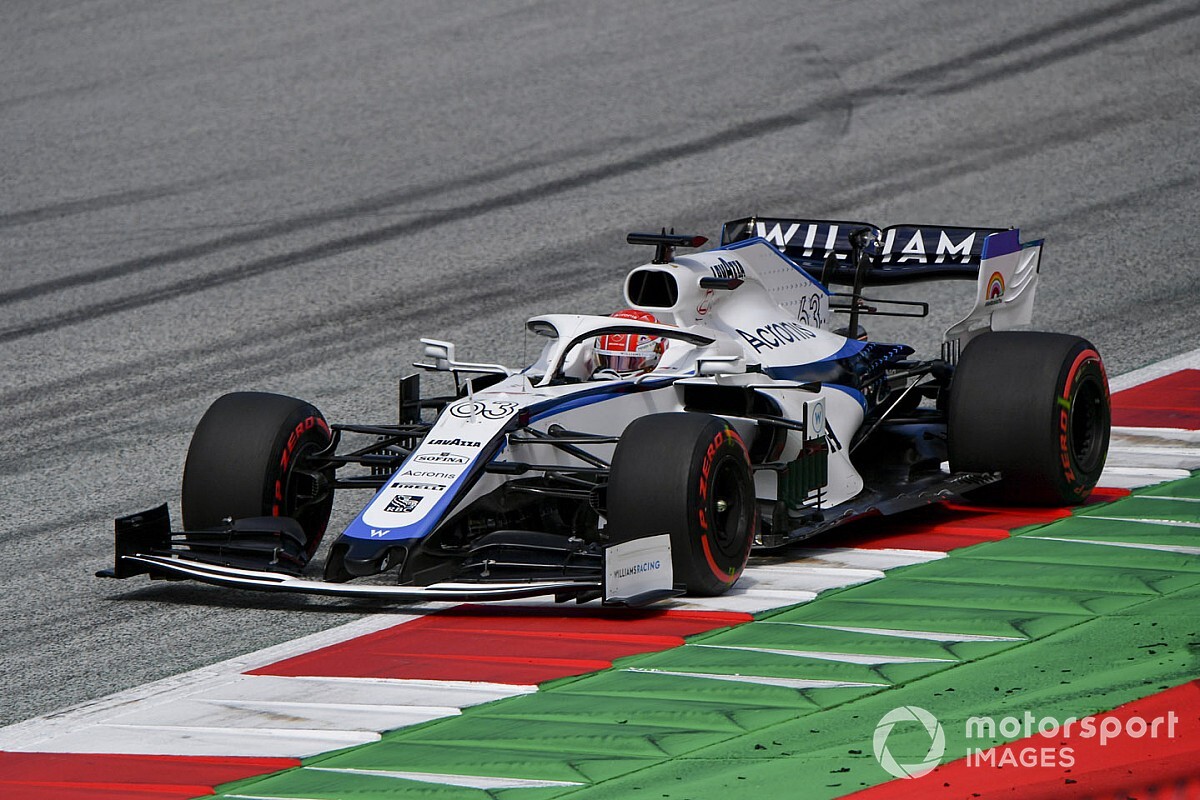 Williams says it was more competitive than it expected to be in Formula 1 Austrian Grand Prix qualifying, and feels George Russell could have made Q2 with a “perfect situation”.

The team’s head of vehicle performance, Dave Robson, explained that Russell, who qualified 17th but had been in position to make it through to the second segment of qualifying before the final flying runs, had proved the FW43 “just” had the pace to escape Q1 – something Williams did not do once in 2019.

In the end, Russell did not improve his best Q1 time and was shuffled back by Haas drivers Romain Grosjean and Kevin Magnussen, with the former getting into Q2.

“I think in the absolute perfect case he probably did just have the pace to get through,” said Robson.

“I suspect there are quite a few drivers who would say the same but yeah, I think we were right on the cusp.

“And to be honest, we were probably a bit more competitive this afternoon than we were expecting.

“And yes, if it been almost perfect, and possibly even that lap that perhaps [Lance] Stroll was a little bit in the way right at the end, that might even have been good enough to get him through.

“So yeah, I think in the perfect situation, we probably did just had the pace to get in.”

Despite just missing out on a Q2 slot for the first time in his F1 career, Russell nevertheless outqualified both Alfa Romeo cars and was just 0.003s slower than Magnussen.

When asked if he expected Williams to be able to fight Alfa and Haas in Sunday’s race at the Red Bull Ring, Robson said: “I hope so.

“I think there's no doubt that our car is quite a lot better than the car we took to Abu Dhabi last year.

“I guess on the basis of one qualifying session, we'll have to see exactly what the cause of that relative pace was and is it something that doesn't suit the circuit for the Alfa Romeos that won't continue going forwards.

“I'm not sure yet. But I think undoubtedly [we can] say that our car is better.

“And hopefully we can be in a position to push for Q2 [on a regular basis]. We'll find out some more [in the race today].

“We'll see how the car responds to the warmer conditions and looks after the tyres.

“Hopefully, yeah, we can race the Alfas behind us, the Haas's just ahead.

“We'll see. Overall though it's probably a little bit early to say, but I think it's a promising start.”