The Williams team's new Formula 1 car, the FW44, has been revealed as it took to the track at Silverstone for its maiden run.

The nine-times F1 constructors' champions presented its new livery for the 2022 season on Tuesday, but the new colour scheme was initially displayed on a show car as the team wanted to "perfect" the livery.

Team boss Jost Capito explained that it elected not to show its new colours on its actual 2022 car because: "We worked on the livery and we wanted to have that perfect and that's why we could only do it on the show car – because it took a while to do.

"It's just we wanted to show something proper on the livery."

The real FW44 looks significantly different than the car unveiled during the digital launch, with the front end, the sidepods and the engine cover area similar to that spotted on the 2022 McLaren car, which was unveiled last week. 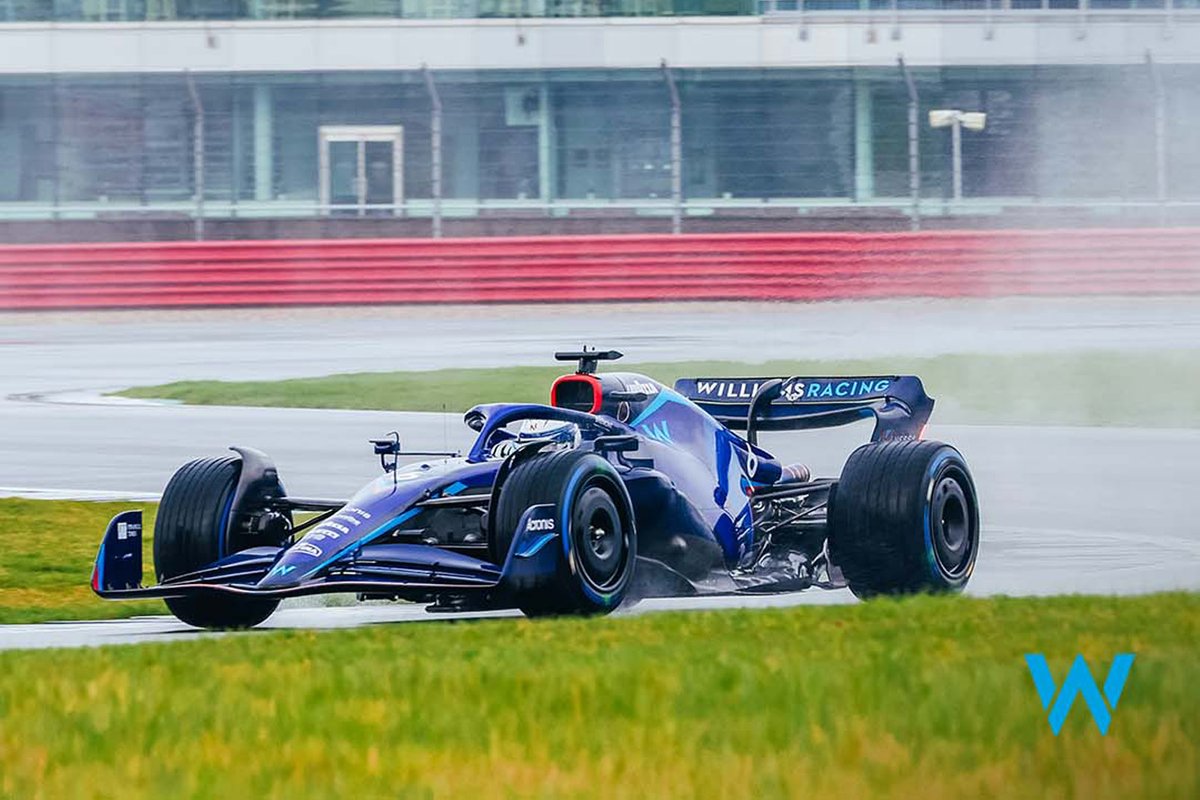 The team finished in eighth position in the 2021 constructors' championship, having scored 23 points with George Russell and Latifi.

Capito admitted it is very hard for Williams to set goals for 2022 considering that all teams are starting from zero thanks to the all-new regulations.

"That's very difficult to say, isn't it? I think compared to the top teams, we still were lacking that we didn't have investment over the last years," Capito said.

"And now we are from last year, we were limited by investments by the cost cap as well.

"So for us progress will be how we can improve compared to competition during the season wherever we start the season."

Latifi will have a new teammate in ex-Red Bull driver Alex Albon this year, after Russell moved to Mercedes to partner seven-time world champion Lewis Hamilton.