Williams will retain Valtteri Bottas and Felipe Massa for the 2016 Formula 1 season, the team announced on Thursday. 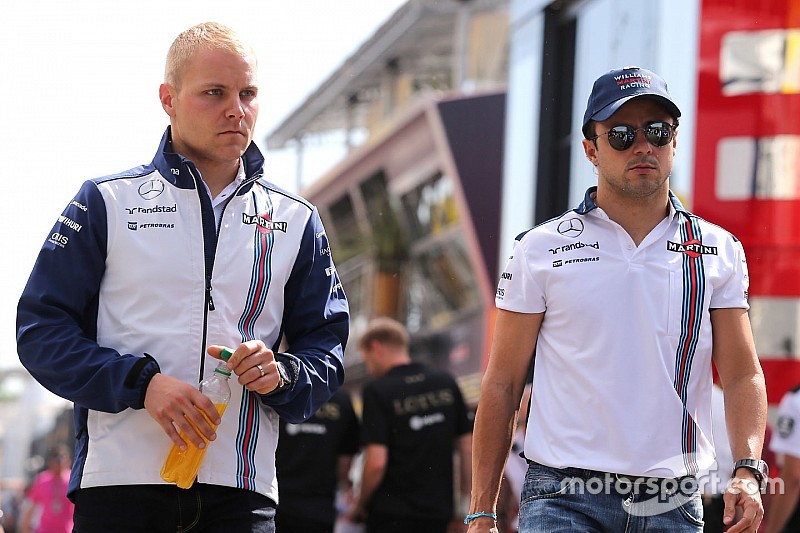 The Grove squad had an option on Massa's contract to extend his deal for another year, and it was always expected the Brazilian would stay on for a third consecutive season.

"I am very happy to be a part of the Williams family," said Massa, who joined Williams from Ferrari at the start of 2014.

"I am in my second year here and am so pleased to be staying as we are working very well together as a team. They respect me a lot and the results are there, and it has been so nice to be part of the big turnaround the team has seen since the end of 2013."

Bottas was linked with a drive at Ferrari before the Italian team renewed Kimi Raikkonen's contract, but the Finn will remain at Williams for a fourth year in a row.

"I am really pleased to be staying with the team for a fourth F1 race season," Bottas said. "We have been getting stronger as a team and I look forward to what next year will bring, as I believe we can achieve even stronger results than what we have seen so far.

"I can’t wait for 2016, however I am still fully focused on this season as we still have plenty of challenges to achieve. I must thank Frank, Claire, Mike, the Board, and everyone at Williams for their continued trust in me."