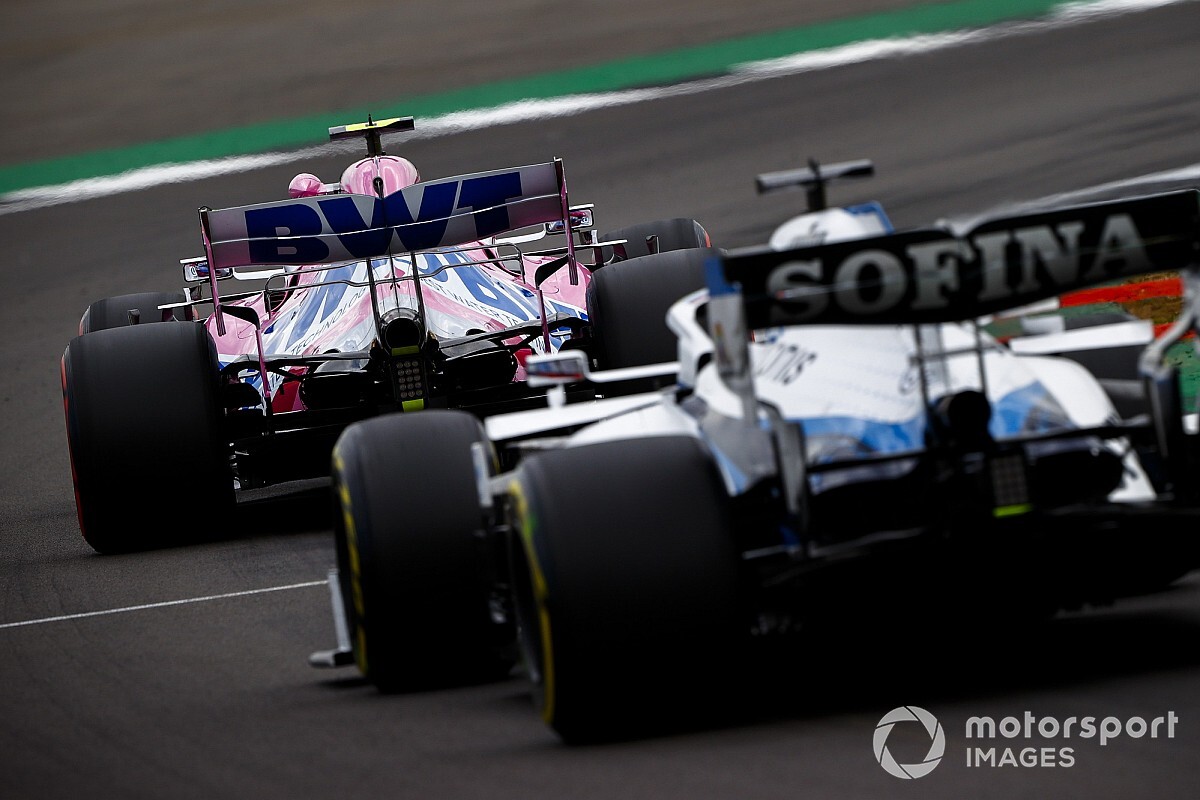 Claire Williams says a "very clear" position regarding the DNA of Formula 1 is behind her team's decision to appeal the FIA's ruling in the Racing Point brake duct case.

Williams is one of four rival teams that responded to the FIA's ruling on the Racing Point brake duct case, a guilty verdict that yielded a €400,000 fine and a 15-point penalty, by filing an intention to appeal.

Ferrari, McLaren, and Renault - which led the campaign against Racing Point with a string of protests - have also formally called for a harsher sanction, while Racing Point has made its own appeal in a bid to clear its name.

The rival appeals have drawn the ire of Racing Point owner Lawrence Stroll, who earlier this week said he is "appalled by the way Renault, McLaren, Ferrari and Williams have taken this opportunity to appeal, and in doing so attempted to detract from our performances".

However, Claire Williams says her team is "very clear" on its position regarding the design of performance parts and its importance to Formula 1.

"It's quite a difficult conversation for all us to have," she told the Australian Grand Prix's In the Fast Lane podcast.

"Quite honestly, nobody wants to be criticising your fellow competitors. As much as this is a sport, and we're all incredibly competitive against each other and [you] use everything within your armoury to beat your rivals, nobody every really wants this situation.

"But Williams has always been very clear on what we feel to be the real and true DNA of this sport, the traditional DNA.

"Some would argue that, well, that is traditional, that is history, and in order to be successful you need to adapt, innovate and change, and that's what teams like Racing Point have done.

"But we will always stand by the philosophy that Formula 1 teams, constructors, should absolutely be designing and manufacturing the performance-related parts on their cars.

"Obviously this is the question, the debate, that's going on around Racing Point at the moment with their rear brake ducts.

"I don't want to go into a whole lot of commentary about it, I don't think that it's right.

Despite Renault's successful protest of the Racing Point brake ducts, the FIA also ruled that it would be unrealistic to expect the team to "unlearn" what it now knows and re-engineer the parts.

Therefore, as it stands, the brake ducts can stay on the car without incurring any more penalties, although the team is set to be issued with a reprimand after each race.

That, says Williams, is something that should be addressed in the appeal.

"I think it's quite confusing for fans that we've got a sporting regulation that's in breach but not a technical [regulation], and therefore these brake ducts can continue to be put into use," she added.

"But they are performance-related parts. So it's something that we very much hope and we know [the FIA] will be looking into, and they will be making the right decision moving forward."