Subscribe
Previous / Russell sees no risk of Hamilton trouble even amid F1 title battle Next / Do Formula 1 team-mates really need to be best friends?
Formula 1 News

New Williams signing Logan Sargeant was set to spend two years in Formula 2 before his performances “very quickly” proved he was ready to step up to Formula 1.

Williams junior Sargeant will make his F1 debut in Bahrain after being handed a seat for 2023 alongside Alex Albon, becoming the first full-time American on the grid since Scott Speed in 2007.

Sargeant was drafted in to replace Nicholas Latifi - who left Williams after three years - following an impressive rookie year in F2 that saw him take two wins and finish fourth in the championship.

Sargeant came into contention for the seat ahead of the summer break, with his dominant victory at Silverstone from pole position being a catalyst in securing the seat.

Williams sporting director Sven Smeets revealed the team had planned for Sargeant to spend two years in F2, only for his displays to suggest he did not need to spend another year in the category.

“We had a two-year plan with Logan in F2,” Smeets told Autosport/Motorsport.com.

“I think that’s how everybody starts. When the season started, very quickly and especially Silverstone and the races after that, we started to see the potential that we maybe didn’t have to do two seasons with him in F2.

“We didn’t say to him ‘you need to win F2 or you need to be second’, it was just his progression in F2, the raw speed he has shown in one lap, and himself maturing.

“It was also how he develops here in the sim sessions, doing his physical camps we have for them, doing the media training. All that was starting to go in a direction that, by summertime, we saw him as becoming one of our contenders.” 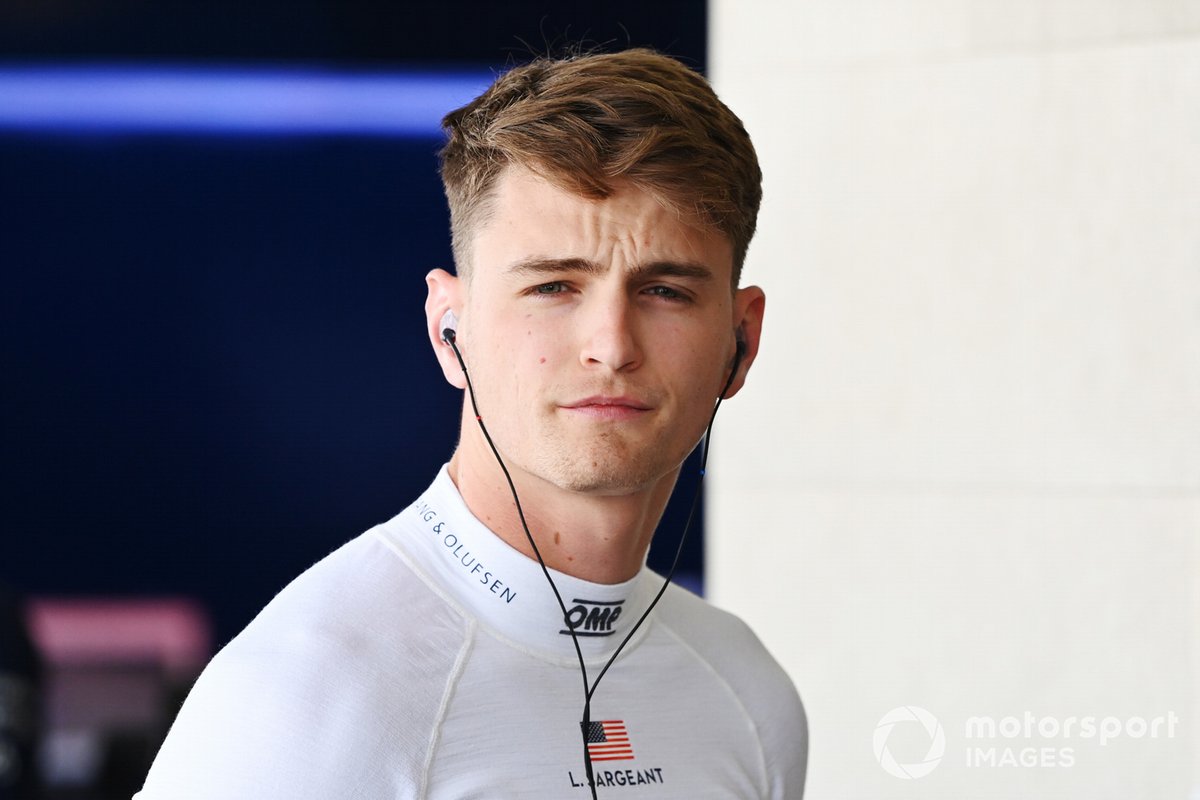 Williams had originally been in talks with Alpine to take its junior driver, Oscar Piastri, on loan for this year, only for the Australian to move to McLaren following a contract saga that was resolved by F1’s Contract Recognition Board.

This coincided with Sargeant entering the frame for the seat before an announcement was made by then-Williams boss Jost Capito in Austin that the American would race in 2023 so long as he secured a super licence.

Smeets was hopeful Sargeant could repeat the “quick steps” he made in F2 through his rookie F1 season, but accepted there would be some “tough moments” as any new driver faces.

“For him to learn the limits of a Formula 1 car,  there are three days of testing, which are one and a half days his, and then you’re straight into a race. You can’t just say I’m going to do a few thousand kilometres to see how far I can go with these cars on-track. We know that will be part of that learning process.”

Although Sargeant’s team-mate, Alex Albon, will be a natural yardstick for him to try and match, Smeets thought it would not be fair to immediately expect the F2 graduate to be on the same level.

“If the car is there where we’d like it to be, of course the first thing is challenging your team-mate, that’s number one,” said Smeets.

“If you are in a position to fight for points, then even better. But we can’t just tell him in Bahrain, you need to beat Alex. I don’t think that would be very fair on him.

“But yeah, that’s the target: progression and to take this season to learn and then be full on for ’24.”

Do Formula 1 team-mates really need to be best friends?