The British-based Williams F1 team started off its 35th FIA Formula One season of competition in Spain today as the team unveiled their latest challenger, the FW34. Pastor Maldonado was joined by his new team mate, Bruno Senna, to take the covers off of the new car in the Jerez circuit paddock prior to the first day of the official pre-season tests.

There is a new look for the team this year, due in part to the revisions per the FIA regulations for 2012; but also due to the new direction under Technical Director Mike Coughlan. The FW34 has undergone so many changes that more than 95% of its parts were not on the 2011 FW33. The aerodynamic design is a component of the new effort to give the team an edge they have been missing over the past years.

Team Principal Frank Williams commented, “One could say that looking at the Williams F1 Team today we are off to a truly fresh start. We have a new car, new driver line up, new engine and new senior personnel. We also have a number of new partners who have joined the team in the past few months.”

One of the major changes for the team was the return to Renault power. The RS27 V8 from the French manufacturer is a plus for Williams F1 as both the speed and the reliability has been shown over the ages in Formula One, including being one of the driving forces in the past two world titles. Renault and Williams showed their ability as partners over a decade ago and between the two they notched five Formula One Constructors’ championships and powered five drivers to their personal world titles.

Mark Gillan, Chief Operations Engineer said, “We are really looking forward to this season and from a personal perspective I can't wait to get the FW34 on to the race track. The factory has worked extremely hard over the winter to ensure that the car met its design, build and rig test targets and we start testing with the car prepared to a high standard. We’ve worked in close co-operation with all of our partners to achieve that, including Renault Sport F1. In the run-up to Australia, we will be working hard with our exciting new driver line-up to ensure that we maximise and unlock the full potential of the FW34. It is imperative that we demonstrate a continuous improvement in our performance and deliver results throughout the season.” 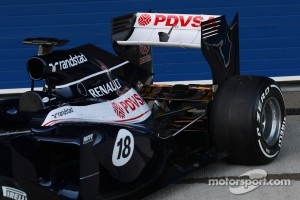 Beyond the new FW34’s design and development was the drivers’ selection as the team decided to reach their goals, they needed to take their time and evaluate all potential candidates. They kept Maldonado who now is no longer a rookie. The Venezuelan won the GP2 Series drivers’ championship in 2010, and his best finish last year was 10th in the Grand Prix in Belgium.

“I'm happy to be racing again with Williams. I have faith in the FW34 and the Renault engine and so have high hopes for the races ahead,” said Maldonado. “It will be very important that we develop the car from the start of the season to the end. Now that I have a year’s experience, I can help in that area much more now. As we start a new year, it's an exciting moment for my country Venezuela and I hope we can give them some good results to thank them for their continued support. We have many new components in the team so we will need to be focussed and work together well so that we may be stronger every day. I wish everyone in the team the best for the year and welcome Renault and Bruno.”

Senna hopes his luck will change as he had a rough first season in Formula One in 2010 with HRT, he sat out most of the grands prix until Lotus-Renault replaced Nick Heidfeld and signed the Brazilian for the remaining races where he broke into the top 10 by taking ninth in the Italian GP. Senna is another of the graduates from the GP2 Series who are landing full season rides or reserve/test driver roles in the premier single-seater series. 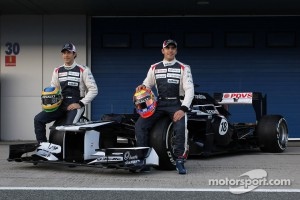 “I’m very excited to be back in action with the Williams F1 Team in Jerez. This is my ever first pre-season testing programme since I started in Formula One two years ago. I’m really motivated and looking forward to working hard and with everyone in the team. I hope we have a successful month testing and developing the car so we arrive in Melbourne as well prepared as possible,” Senna said.

Finland’s Valtteri Bottas will be the team’s third driver which is quite a jump from the GP3 Series for a young driver. However, his past record speaks for itself and he was a test driver for the Lotus-Renault team last year. In 2008, the 22 year old took double championships in 2008 in two of the Formula Renault 2.0 series and the next year he won the prestigious Masters of Formula 3 – not once but twice by taking the coveted title again in 2010.

The GP3 2011 champion is looking forward to being a member of the Williams team and looks forward to being able to participate in the allowed Formula One practice session at selected grand prix events this year. The Finn said, “I am really excited about the year ahead and grateful to the team for giving me this opportunity. I will be driving one practice session at 15 races which will give me some proper mileage with the car. This will give me a better understanding of the car as well as an insight into what happens at a race weekend. I will still spend a lot of time at the factory preparing for the practice sessions and helping the team to develop the car over the season.” 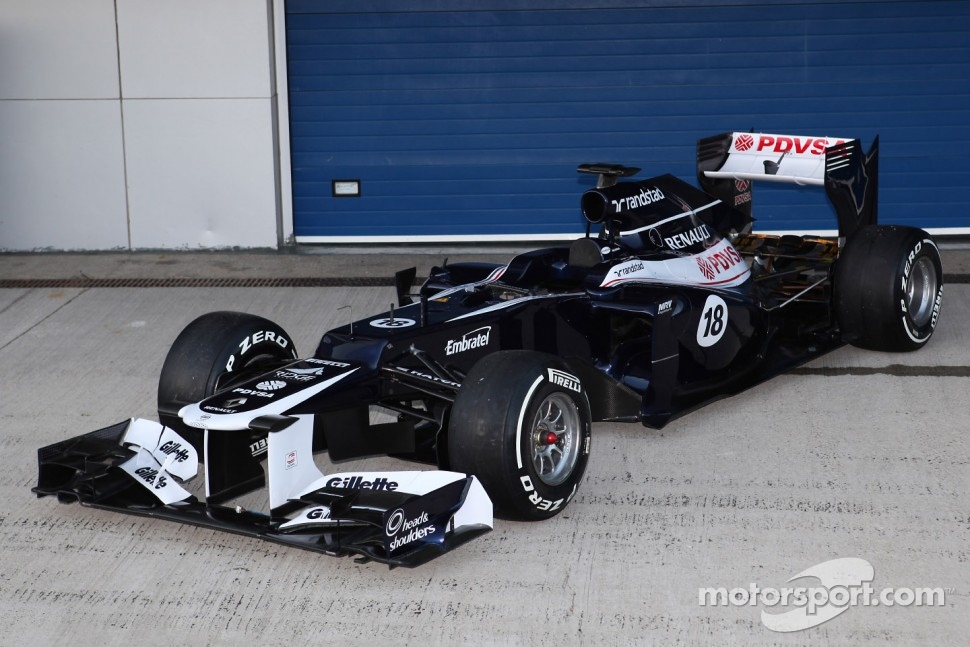 Frank Williams: 2012 is a fresh start for my team

Angry Alguersuari has his say on Toro Rosso