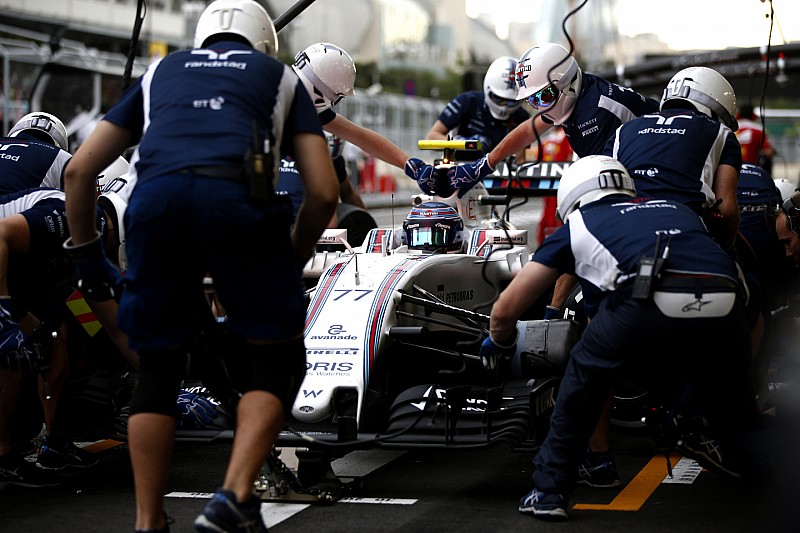 Williams’ dominance of the fastest pitstop times this season reached a new high at the European Grand Prix when it equalled Formula 1’s all-time record.

After the troubles it has faced in recent seasons with botched pitstops, the Grove-based outfit focused last winter on improving its technology as well as tweaking its procedures to deliver an impressive turnaround in form.

It has been the fastest team in all eight races so far this season, having clearly unlocked some form of advantage that its rivals have not yet fully got to grips with.

But as well as that impressive feat, the team delivered its first sub two-second pitstop at the European Grand Prix as it turned around Felipe Massa in 1.92 seconds.

The current pit-stop timings are only logged officially to the nearest hundredth of a second, which puts it on an official par with the previous record.

That was set by Red Bull at the 2013 United States Grand Prix, when the team turned around Mark Webber in 1.923 seconds. (Ferrari is reported to have completed a faster time of 1.85 seconds at the 2015 Japanese Grand Prix, but it was officially recorded as slower.)

Williams’ progress in pitstops this year was such that at the start of the year, Massa and Valtteri Bottas initially had slow getaways because they could not believe the stops had been completed so quickly.

“The first time I got that quick a pitstop it surprised me,” said Bottas.

“The green light came on and I thought it was a mistake or something! But then you get used to it, you get prepared quicker for the green light, and it's fine.”

Massa said: “I was surprised in the first race that we had such a quick pitstop.

“We even lost time because it was quicker than you expected, but then in Bahrain and in China I was ready to have a good one, because the team is doing a good job.”

Analysis: How Hamilton was put in the shade by Rosberg's "perfect" race