Williams' engineering chiefs sounded out the Formula 1 team's marketing department to see if they could strip all the paint off the current car to help save weight.

The Grove-based squad has been removing paint from its FW44 over the past few races, with the first stage happening in Australia and further tweaks being made for the recent Emilia Romagna Grand Prix.

The changes, which are aimed at helping reduce the car's weight, have resulted in some of the blue paint that featured on the nose, engine cover and sidepods being stripped back to leave only raw carbon fibre.

The request from engineering to reduce car weight by tweaking the livery had to be approved by Williams' marketing chiefs, to make sure it did not impact too much on the livery and sponsor exposure.

And the team's head of vehicle performance, Dave Robson, said his engineers did go as far as probing the chances of stripping all the car back to carbon.

"Of course. Absolutely," he smiled, when probed if that idea was discussed.

However, while a complete stripped back car did not get approval, Robson said he understood why the team needed to keep some form of identity.

"It's just the thing that engineering meets marketing, isn't it?" he said. "We all want the car to look stunning, which is part of the sport.

"And it's not just about the livery on the car; it sets the tone for the whole brand which is clearly really important."

He added: "For sure it's a compromise. The car needs to have some visible personality about it. But at the same time, it's in the sponsors' interests to make it as quick as possible."

Williams is not the only team to have resorted to stripping weight off its car in a bid to get near F1's raised weight limit for this year. 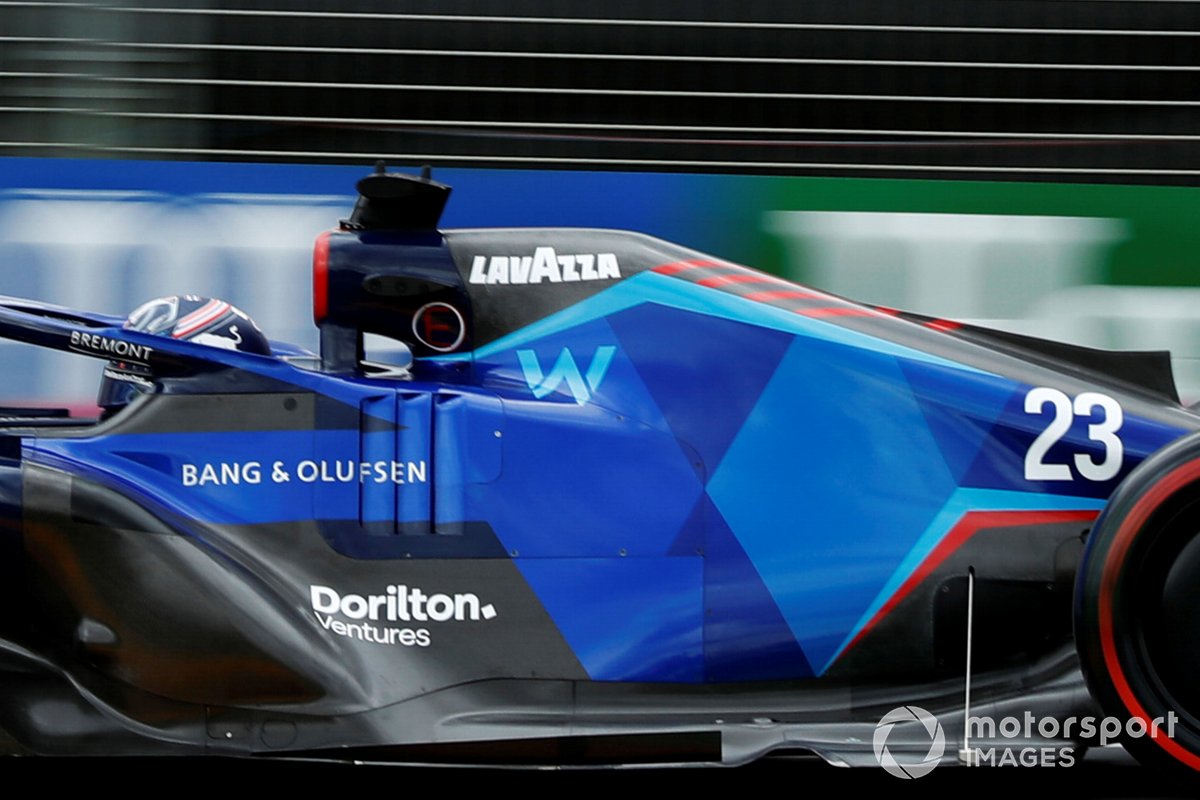 Aston Martin, Red Bull, McLaren and Red Bull have all removed paint from key areas of their car in a bid to save weight.

But with almost the entire grid struggling with car weight, there is an argument to suggest that F1 set its sights wrong in laying out the current limit.

Robson said: "I think we've known for quite a while that achieving the (minimum) weight limit was going to be incredibly tough. Plus, with the added complexity of the cost cap, particularly for the bigger teams, then how do you achieve it?

"To some extent it's a slightly arbitrary number because if the FIA set the weight limit at 500kg you'd never be able to achieve it, so it depends what we as a sport view the purpose of that number to be.

"If it's the vast majority of teams, or all but one, where we're at now, then you would say for the sport you're better off increasing that number. But I can absolutely understand that, if there is one team out there that doesn't need it increasing, then of course they wouldn't agree to that."

While Robson will not reveal exactly how much weight has been taken off the Williams with the livery tweaks, he is clear that the change is "meaningful".

And although all teams are working on other weight-saving solutions, he does not think that Williams will be in a position to want to put the paint back on later in the year.

"The paint scheme is a little bit more than purely an engineering decision, but I would imagine that it will stay because it will be expensive and time consuming to find the weight some other way," he explained.

"If we're happy with how the car looks now, you're better off spending that engineering budget on something else and making the car quicker. I hope it stays like this."

The other Ferrari on F1’s podium: Why drivers celebrate with Trento wine