Williams’s current “crisis” is caused by an aerodynamic stall that is giving its drivers “no confidence” in the car, says team consultant and ex-Formula 1 driver Alex Wurz. 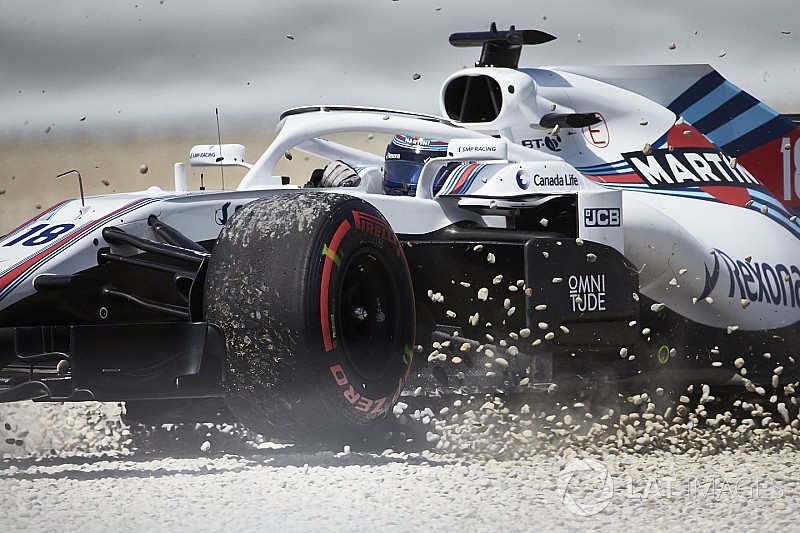 Lance Stroll and Sergey Sirotkin were the two slowest drivers in qualifying for the Spanish Grand Prix, which continues a miserable start to the season for Williams.

Stroll scored the team’s first points of the year in the last race in Azerbaijan, aided by the unique demands of that circuit, but the car's fundamental problem remains.

"We lose downforce at the diffuser, at the floor,” Wurz told ORF, Austria’s national broadcaster. “We had this problem a little bit last year, but it was only annoying. Now it's basically a stall.

“We lose so much grip, and then the driver has no confidence in the car at all. That's our problem. Identifying the problem is only 10%. To correct and implement this is in fact the difficult task."

Wurz said one positive was that the exaggerated problems made it clear there was a fundamental issue, meaning the team would avoid having different departments point fingers at each other.

He thinks the cause “must be a mistake somewhere in the software and in the simulation” and said poor correlation had been a problem for Williams for some time.

“This has been missing here since 2015, but only in small segments and small steps,” he said. “It is very good for the team that we are so extremely aware of this, that the lap times are falling so catastrophically, that everyone is pulling in the same direction.

“This crisis is an opportunity for us all to get to the same denominator and to have a culture in the team, for us all to be open with each other so that we can move forward. This is a chance for the team to build a healthy foundation."

Wurz said Williams did not need to “write off” its season, but fears a significant fix is still several races away.

“A lot is happening to create new forms of aerodynamics,” he said. “We decided to do this in Melbourne, but we will probably bring this to the car just before the summer break."

Sirotkin, who outqualified Stroll at Barcelona but will start behind him because of a grid penalty, is adamant he will not use the race as a test.

“It is still a race and we don’t want to take it as kind of easy one to the flag, it is still a fight,” he said.

“Now it is more like a fight with yourself, rather than with other cars. I will try to be as racy as I can.”