Williams does not believe the higher altitude of the upcoming Formula 1 races in Mexico and Brazil should cause greater concern about the reliability of the Mercedes engines.

Mercedes boss Toto Wolff revealed over the United States Grand Prix weekend that the German manufacturer was facing "some reliability issues that keep coming back" with its engines.

Valtteri Bottas had to take his third new engine in four races in Austin, while teammate Lewis Hamilton had taken his fourth power unit of the year in the previous race in Turkey.

Mercedes customers Aston Martin and Williams also replaced the engine of Sebastian Vettel and George Russell ahead of the US GP.

The upcoming races in Mexico and Brazil take place 2285m and 800m above sea level, and the reduced oxygen means components like the turbo and the MGU-H have to work harder.

But Williams' head of vehicle performance Dave Robson says the extra altitude shouldn't be an added problem that the team will have to worry about.

"No, at the moment that's not a concern," said Robson. "I don't think the altitude will be a big problem in terms of the reliability. It'll be fine, so no, at this stage I don't think there's concerns.

"I think with George we were always gonna have to take this fourth power unit after his difficulties in Austria," he added. 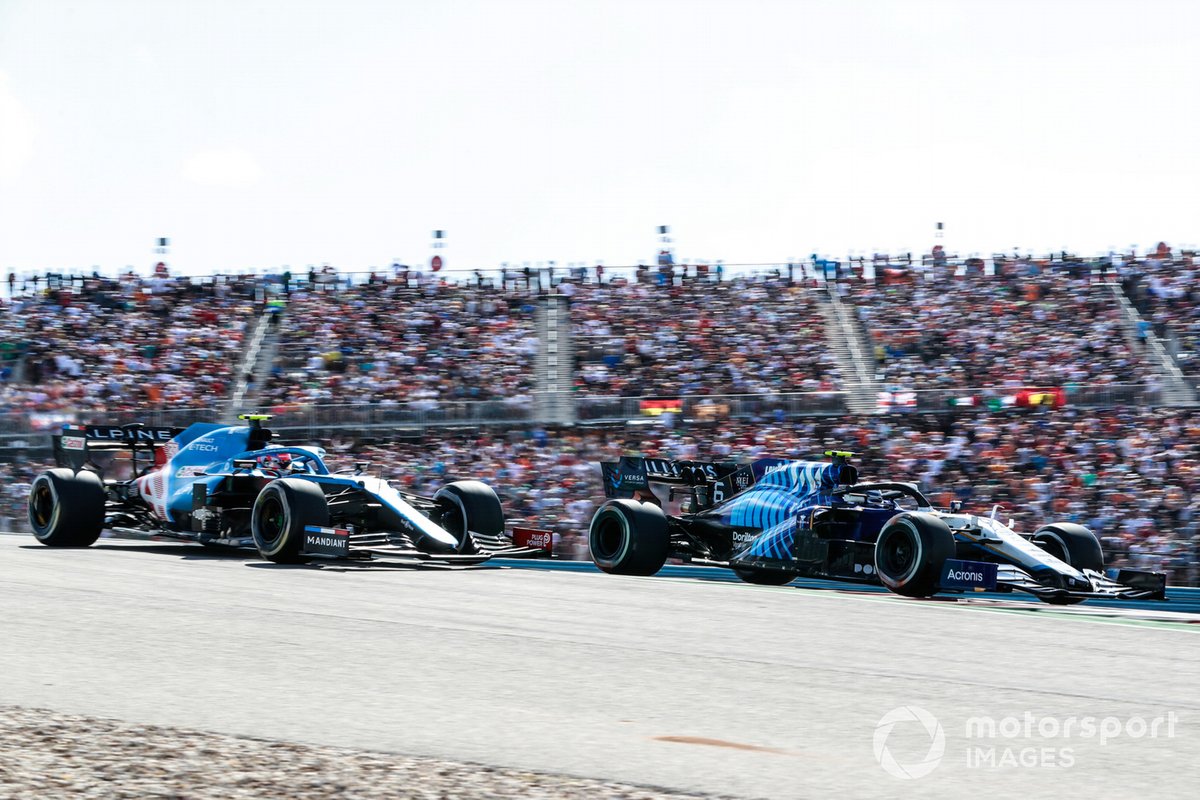 Williams lies eighth in the constructors' championship with five races to go, having benefitted from its strong results in the Hungarian and Belgian GPs, where it scored 20 of its 23 points.

With Alfa Romeo 16 points behind, Williams' position appears to be secure, especially as Robson believes the team has the potential to run close to rivals like Alpine or Aston Martin.

"I think we ebb and flow a little bit for eighth place with Alfa so I think that is part of it and I think typically we can get pretty close to Alpine and Aston Martin so I think eighth or ninth is probably where the car is," he said.

"But I think that is it, we are ninth certainly and sometimes eighth and then close to seventh.

"Sometimes we do a good job and pick off a few more cars than perhaps we should."