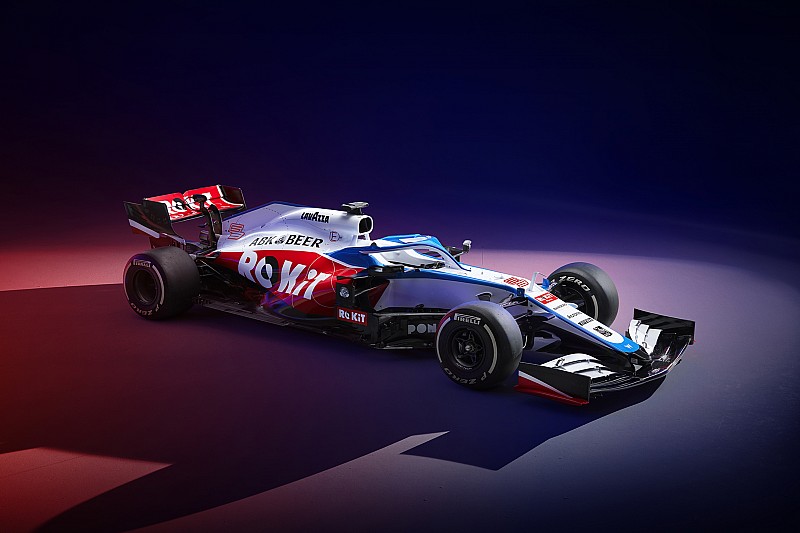 Williams has revealed images of its 2020 Formula 1 car, ahead of the start of pre-season testing next week.

The Mercedes-powered FW43 will be driven by George Russell and Nicholas Latifi this season.

Its red, white and blue livery represents a major departure from the colour scheme worn by its predecessor FW42.

Williams is coming off the back of a disappointing 2019 campaign where it finished last in the constructors’ championship thanks to a single point scored by Robert Kubica.

The outfit endured a particularly difficult start to the year when its new car was late for pre-season testing, and it parted company with then technical chief Paddy Lowe soon after the start of the season.

Its problems prompted the team to change its processes and conduct a reshuffling of staff, and it is all set to make the start of testing this year, with the car having already run in a Barcelona shakedown.

“We have spent time addressing our areas of weakness and have ensured that we have the right people, structures, procedures and resource in place to deliver competitive race cars. We are all committed to re-building Williams and returning the team to competitiveness.

“As such, our 2020 campaign is about making progress. The fighting spirit is still very much alive, and this year, everyone will continue that fight until we get back to where we want to be.”