Why Williams isn't getting lost in its own F1 "hubris"

For a Formula 1 team that had failed to score a point since 2019, the floodgates have opened for Williams ever since its double haul in Hungary.

In fact, where once it would have been simply happy to get a single car into the top 10, its run of results since has left it with a healthy 23-point tally right now.

But what is perhaps most encouraging for the Grove-based squad is that, while what happened at the Hungaroring owed a huge amount to good fortune in Nicholas Latifi and George Russell coming through the first corner chaos, since then its results have been triggered by good decisions.

In particular, Russell's great driving and downforce selection for Spa was critical to him grabbing second on the grid (and in the final result), and a willingness to take risks in the damp but drying qualifying session at Sochi was key to his top three grid slot there.

There is no doubt, as Max Verstappen was eager to point out in Russia, that the Williams car itself is a much better proposition than it has been in recent campaigns, but that does not offer to full answer as to how things have turned around so much.

For Williams' head of vehicle performance Dave Robson, it's not just been a case of striking lucky with some fluke calls with a car that didn't deserve it.

Instead, Williams has made the most of often being in a no-lose situation. That has made it more willing to make some bold decisions, and when things have worked out, that has empowered it to keep doing more.

"Still at low fuel in the dry it's not got the pace that we'd like. But it's okay. It's something we can work with, which we haven't always had in the last couple of years. 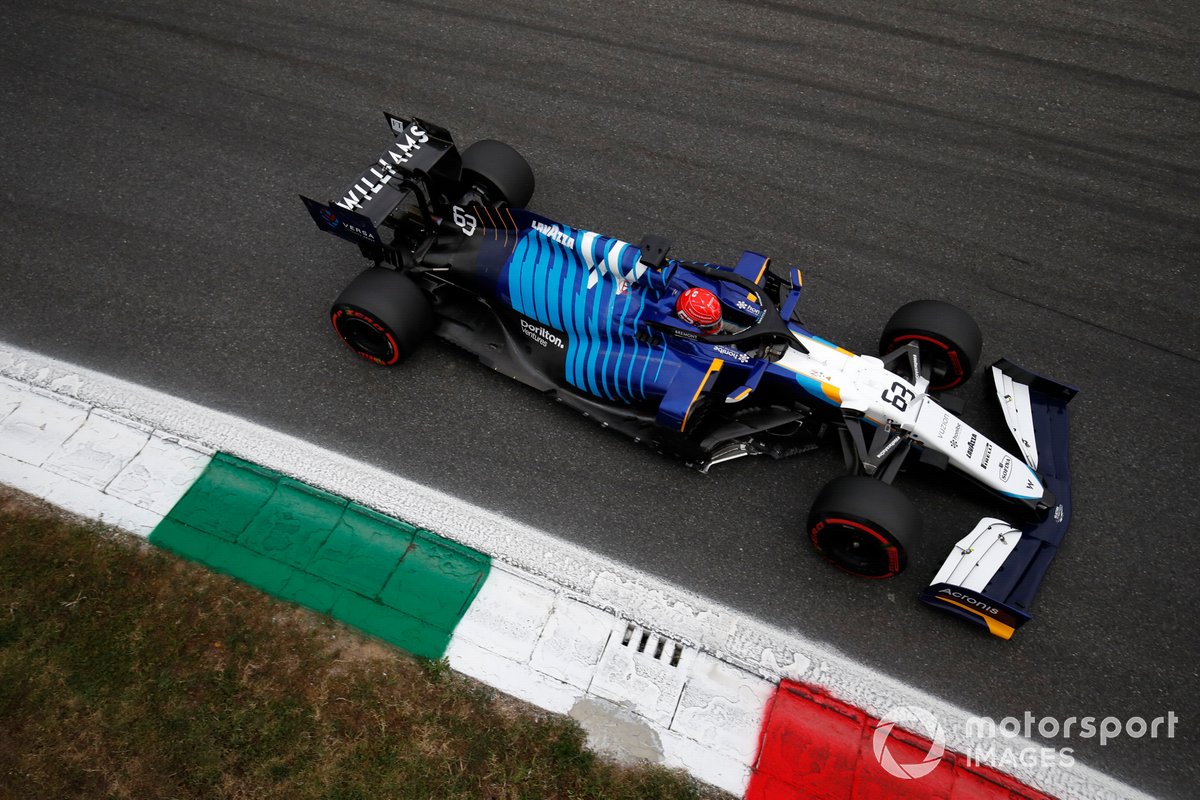 "If we got that wrong, and the slick had been the wrong call, there isn't time to put the inter back on and get a meaningful lap. And so we'd have been 10th. And that's much more difficult for the top teams to take that chance.

"So, a bit like Spa, we were happy to try it. We were already quite happy having got 10th at worst, so it gives us the freedom to make those decisions.

"I think the other thing that underlines the whole operation recently is it is just a good group of people doing a good job, and being put into a position where we can do a good job."

Williams definitely has the feel right now of a team that has got its mojo back.

From the competitive struggles and financial headaches that triggered the Williams family to sell up in a bid to secure the team's future, under new owners Dorilton Capital and current team boss Jost Capito it is pushing forwards.

It could so easily have squandered progress on the technical front by not being bold and stepping back from the kind of kinds of calls that paid off so handsomely at Spa and Sochi.

But instead, the speed of the FW43B has not resulted in the team going defensive and obsessing over doing just enough to scrape home the odd point. It's been on the attack, and it has paid off.

That is an attitude that has been drilled into it by Capito, and it's something that Robson says is delivering.

"I think the car is good enough at the moment that we can at least see some reward for taking those kind of decisions, which makes a big difference," adds Robson.

"It means you don't make the decision and then look back with unjustified regret afterwards, because you actually see some reward for it. Equally though, Jost undoubtedly is very supportive of those decisions. 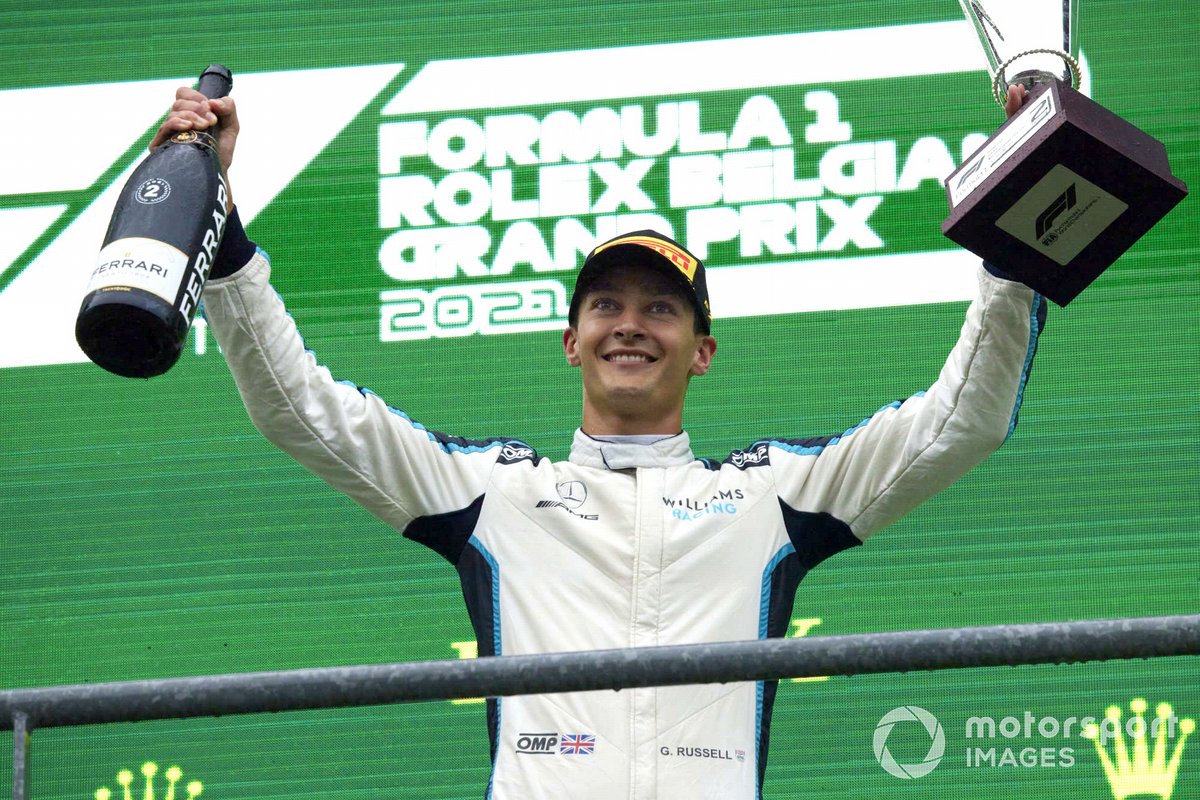 George Russell, Williams, 2nd position, with his trophy and Champagne

"That's not to say that the previous management weren't, but Jost is very proactive in reminding us that we're free to make those kinds of decisions and there won't be any direct come back if it turns out to be wrong.

"I think he undoubtedly has a part to play in setting that scene and allowing us to do a good job."

For Robson, what's critical now that Williams is marching forwards is that it doesn't simply sit back and expect the good times to roll.

He is well aware that the team needs to be "a little bit careful we don't get lost in our own hubris", and understands that, as it bids to move up for the grid more, then things are only going to get increasingly difficult.

"I'm still conscious of the fact that the quicker the car gets, and hopefully we'll see a big step next year [with the] relative pace of the car, then the pressure will still ramp up a lot," he admits.

"We're still in a position at the moment where we've got a lot to win and not a huge amount to lose, which does take a little bit of the pressure off.

"So it'll be a different ballgame for a lot of people on the race team who don't have huge amounts of experience of operating a quick car.

"It can be a different kind of pressure. But far better we go into it not making too many mistakes, and try and build on that, as opposed to going into it having not got that momentum. I think we're in a good position."