Red Bull motorsport boss Helmut Marko has explained why the decision was taken to give Max Verstappen a new power unit at Formula 1's Russian GP.

Verstappen changed all his Honda power unit elements between FP1 and FP2 at Sochi, and the Dutchman will thus start Sunday's race from the back of the grid.

All teams are under pressure to switch their drivers to a fourth power unit as it becomes increasingly clear that it will be difficult to make the end of the season without a change, now that the full calendar has been confirmed.

Verstappen was in an even more difficult position than most after one of his units suffered damage in the crash on the first lap of the British GP, so his team knew that a change was inevitable.

The Dutchman came to Russia with a three-place grid penalty after his incident with Lewis Hamilton at Monza. With Mercedes traditionally on strong form in Sochi, the decision was made to take the hit this weekend.

Marko has also revealed that the team has the option to change only two elements – believed to be the V6 and the turbo – which would have resulted in just a 10-place hit. However, it was eventually decided to change everything, a move that automatically sends a driver to the back of the grid.

"Mercedes being so strong here, let's say we finish third in qualifying," Marko told Motorsport.com. "Plus three is six, so 16, because we could have changed with only 10 places penalty, we had that choice.

"But between 16 and 20 doesn't make a difference. So we chose to take everything. It's safety, and you can attack in the coming races. You don't have to worry."

Asked what Verstappen can achieve in Sunday's race, he said: "Qualifying doesn't matter for us. So we will focus on race set-up. It's depending on how the race is going, is there a safety car or not?

"On the other hand, nobody thought that you could overtake in Zandvoort, and [Sergio] Perez went up to I think eighth place with an extra stop. I think a lot of things are possible." 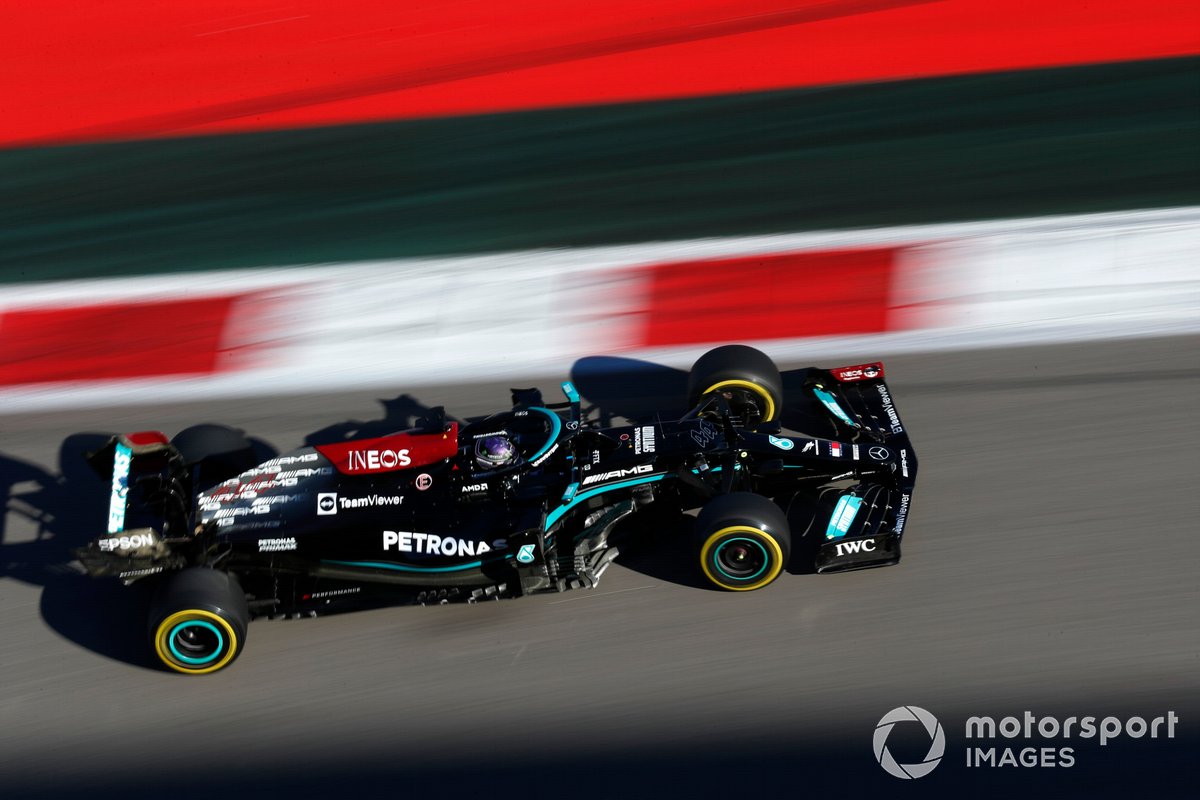 Mercedes boss Toto Wolff said that his team has no immediate plans to equip Hamilton with a fourth power unit.

Hamilton's teammate Valtteri Bottas took a new engine at Monza and, having won the sprint qualifying event, he started the grand prix from the back of the grid.

Wolff insisted that Mercedes wants to make the most of its strong form at Sochi and bag maximum points for Hamilton, who was second fastest behind Bottas on Friday.

"I think we have a good opportunity here," Wolff told Motorsport.com. "If everything goes to plan that we are starting in the front, and hopefully can have a strong points finish.

"I think at the moment we're just looking at the development of the power unit in terms of signs of reliability issues, which are not yet there. So we're taking it from weekend to weekend."

Unlike Verstappen and Bottas, Hamilton has not suffered power unit damage in an accident, so he has more leeway.

However, Wolff acknowledged that it will be tricky to get the timing of any penalty right.

"Exactly. And there can be a weekend where you are totally off, or you're caught in an accident, and you're starting at the back anyway. So I think taking a power unit prematurely is not something that we would want to do."

Ferrari also has an upgraded power unit at Sochi, which has been given to Leclerc. Like Verstappen, the Monegasque driver will be at the back of the grid.

Wolff said that Mercedes made its permitted upgrades at the start of the season, and thus there will be no performance gain for Hamilton, other than that associated with mileage.

"The truth is we don't know what the others do. It's just noise. For us, it's important to choose the right time for upgrades. And we have done that at the beginning of the year.

"We're happy with how we've done it, and it's a close fight, you can see that everybody's suffering from some kind of reliability issues, or bringing developments late."