Why three teams had the speed to win in Baku 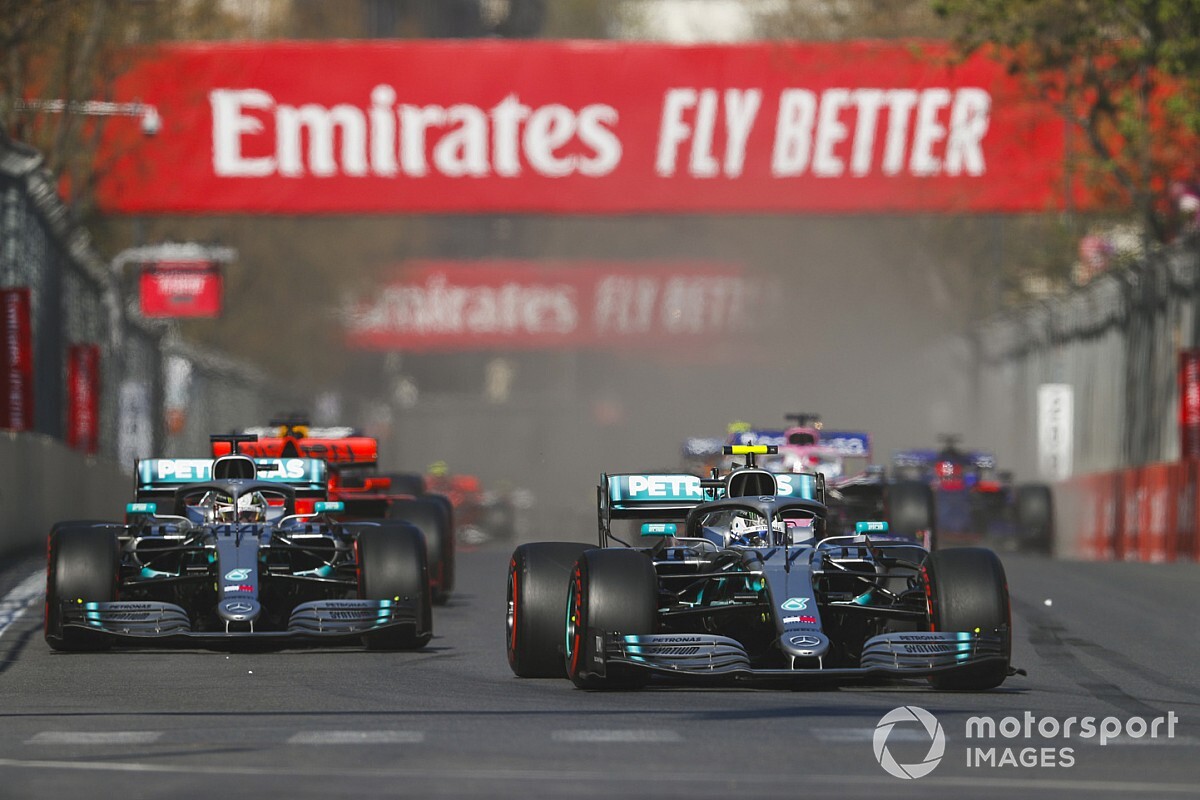 Although Mercedes scored a fourth straight one-two in the Azerbaijan Grand Prix, this was a race that not only Ferrari but also Red Bull could've won in slightly different circumstances.

After finishing second to Mercedes teammate Valtteri Bottas for the second time this season, Lewis Hamilton pointed to a series of factors that, combined, cost him a potential Azerbaijan Grand Prix victory. But he wasn't the only man in the race who could legitimately do that, as Charles Leclerc's qualifying shunt and Sebastian Vettel's failure to get a tow in qualifying cost a Ferrari team that looked the class of the field in practice.

Less obvious was the threat of the prodigiously fast Red Bulls in race conditions, after Max Verstappen's innocuous lock-up in Q1 compromised his qualifying and Pierre Gasly's litany of penalties held the Honda-powered team back on a weekend where, if either had got a break at the front, they'd have stayed there. Six drivers might have won this race, but it was Bottas who claimed his fifth grand prix victory thanks to avoiding any significant errors and missed opportunities – and a favour from a Williams driver.

Patrese reunited with Williams FW14 for Minardi Day at Imola