Why Qatar could be a track limits nightmare for the FIA

Formula 1's regular issue of track limits is set to be in the news again in Qatar this weekend, and the FIA has set out its stall early.

Losail may be a brand new venue for F1, but rather than wait to see what happens in FP1, race director Michael Masi attempted to pre-empt any problems by naming five potential trouble spots in the notes he issued to teams on Thursday.

They are the exits of Turn 4, a ninety-degree right early in the lap, the fast sequence through Turns 12, 13 and 14, and the final corner at Turn 16.

As usual, any indiscretion will lead to a laptime being deleted, and in the case of Turn 16, the driver will lose the following lap as well. Three offences during the race will trigger and black and white warning flag, and a report to the stewards.

All of those corners will be monitored electronically via timing loops installed in the run-off areas, and thus it won't be a case of visual monitoring and someone judging whether or not the boundary of play has been crossed.

Drivers are well aware of the potential issues in Losail as most of them had a chance to drive it in factory simulators, and they discovered how easy and indeed beneficial it is to run wide on exits, but the sim models they used may not have included a few kerbs that have been added by the FIA.

And drivers generally agree that monitoring from the start of the grand prix weekend is a good idea.

"I think Michael's right, because we know already from the simulator it was more laps off the track limits because it's faster than on the track," says Pierre Gasly.

"So I think that's why it's important that we kind of make the rules now. I know already what drivers are going to request, that we have the kerbs as a track limit.

"It's easier to feel a kerb, when you're on a kerb and you're about to go away from it, rather than just the white line that some time is not that clear. So we'll have the discussion with Michael, but clearly track limits is going to be a massive topic."

Charles Leclerc agrees that monitoring from the start is the right thing to do, although in contrast to Gasly he feels that there might actually be less as the weekend goes on, suggesting that at Turn 12 for example no one will take advantage.

"I feel like it's a good approach to maybe be a bit on the aggressive side with the track limits on the Friday, and then be a bit more lenient after it," says the Ferrari driver. "Instead of the other way around, like in Brazil. I think it's better we start like this. 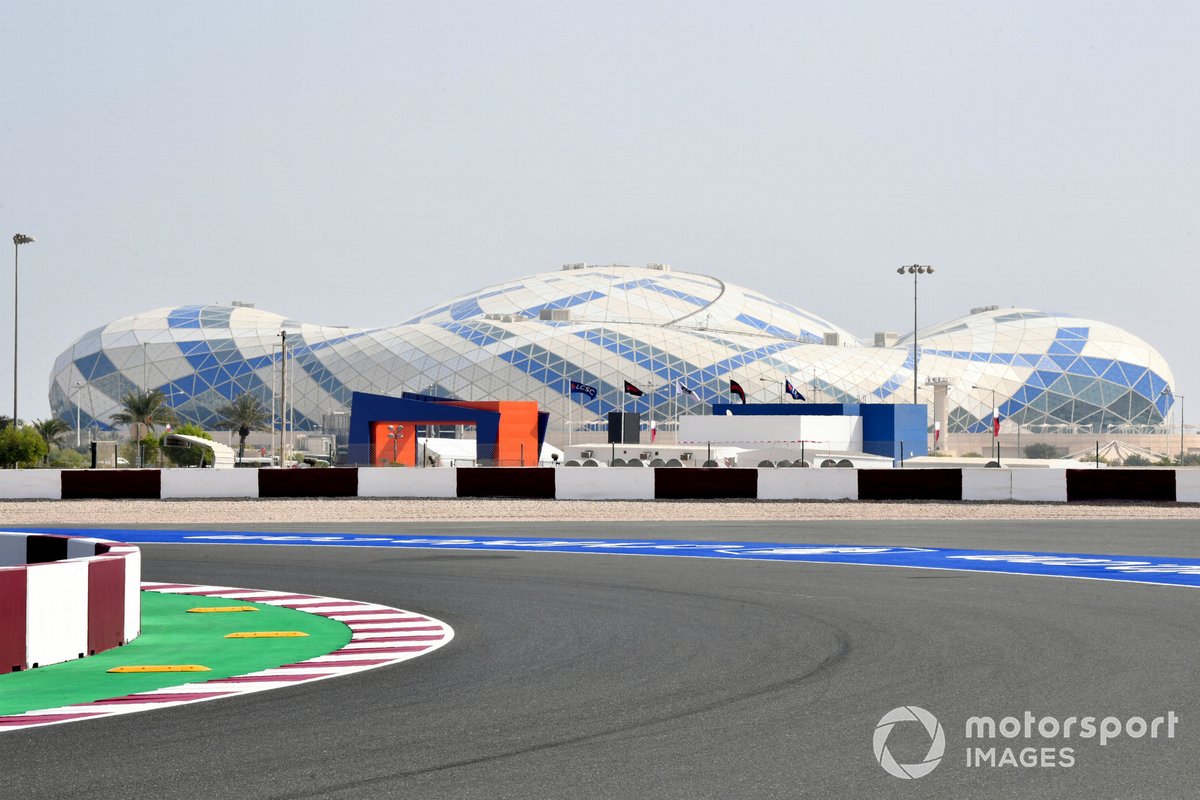 "I mean, in all of the corners you can go a bit wide in entry or exit. I'm pretty sure we'll have the opportunity to take advantage of it. Then again, I haven't even driven this track on the simulator. So I don't really know where I can take advantage of it yet. In the car it will be a bit clearer for everybody."

Leclerc's teammate Carlos Sainz agrees that drivers prefer to know what the rules are from the start of the weekend, rather than having to deal with changes.

"It's always better to go to sleep knowing where you're not going to be able to go to wide," says the Spaniard. "And the fact that it's a timing loop, for us it's black or white, you trigger it or you don't trigger it. We'll need to find the limit, normally it's exactly a white line, so it works pretty well."

Daniel Ricciardo acknowledges that it was always going to be tricky to define the limits at a venue designed for bikes.

"There's definitely a lot of flat curves that you can, let's say, cut across," says the Australian."Speaking to some other drivers as well they said some of the run-off is just like kind of concrete.

"I think when we go to these Moto GP tracks, because they want a lot of bitumen run-off and stuff for safety for them, we're probably gonna have to deal with it. So they're they're going to stay pretty busy I think!

"Again, coming to a Moto GP specific track, you probably have to expect it. And I think because it was a late addition, I don't know what they could have done to change it, because there are a lot of high speed corners as well."

So has Masi ticked all the right boxes? Like Gasly, Yuki Tsunoda believes that other corners could prove problematic, and that some chosen by Masi might not be the main trouble spots.

"I think for me it will be it more of an issue for Turn 5 more than Turn 4," says the AlphaTauri driver.

"In the simulator, there was no point to push into Turn 4 and going off track, because between Turn 4 and 5 it's quite short. And as soon as you go wide there's no chance to get a good lap time. So for me, Turn 5 will be more of an issue. 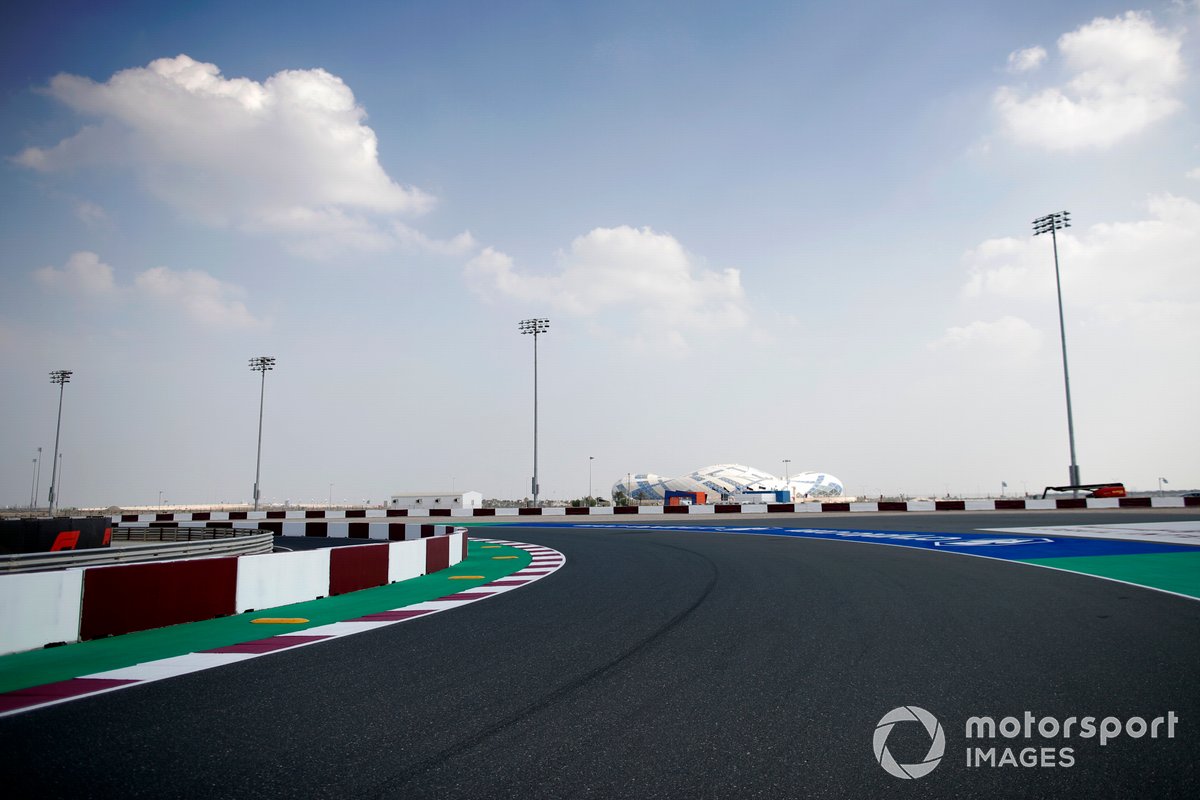 "In Turn 16 if you go off track the following lap is going to be invalidated as well. If you go wide there, you will have a good acceleration and a good lap time as well, so Turn 16 is going to be the main point."

One thing is apparent, with a dusty track and everyone learning their way around track limits will be a issue from the start of practice, even if drivers already know where they are being watched.