Red Bull will arrive at the Autodromo Hermanos Rodriguez as favourites to win Formula 1's Mexican Grand Prix, considering its strong form at the circuit.

Championship leader Max Verstappen has won the 2017 and 2018 editions of the Mexican Grand Prix, although contact with both Mercedes drivers in 2019 ensured that he would not be able to convert pole into a third successive victory.

A key characteristic of the Mexico circuit has been conducive to Red Bull's relative stranglehold at the circuit, of which its powertrain disadvantage has been nullified in comparison to its rivals.

Mexico City stands at 2240m above sea level, which means that the air is considerably less dense than those in standard conditions.

Air density at sea level is considered to be around 1.225kg/m3 , while Mexico City's air has a density approximately 78% of that figure – producing a density value of 0.96kg/m3.

Thus, this places more work on the turbocharger components of the power unit; assuming the same volume of air passes through the intake, then the turbine must rotate more to feed the same mass of air into the compressor.

The compressor then increases the density of air, introducing a higher concentration of oxygen into it, to ensure that the pressurised air draws more power from the internal combustion engine.

Across past seasons, Red Bull has had to make do with powertrains with less outright performance compared to Mercedes, but Mexico has been something of a leveller in that regard.

Honda has also been able to draw on its experience in other industries to optimise its turbo, using ideas from its HondaJet turbine design to improve the rate at which air is forced into the compressor. 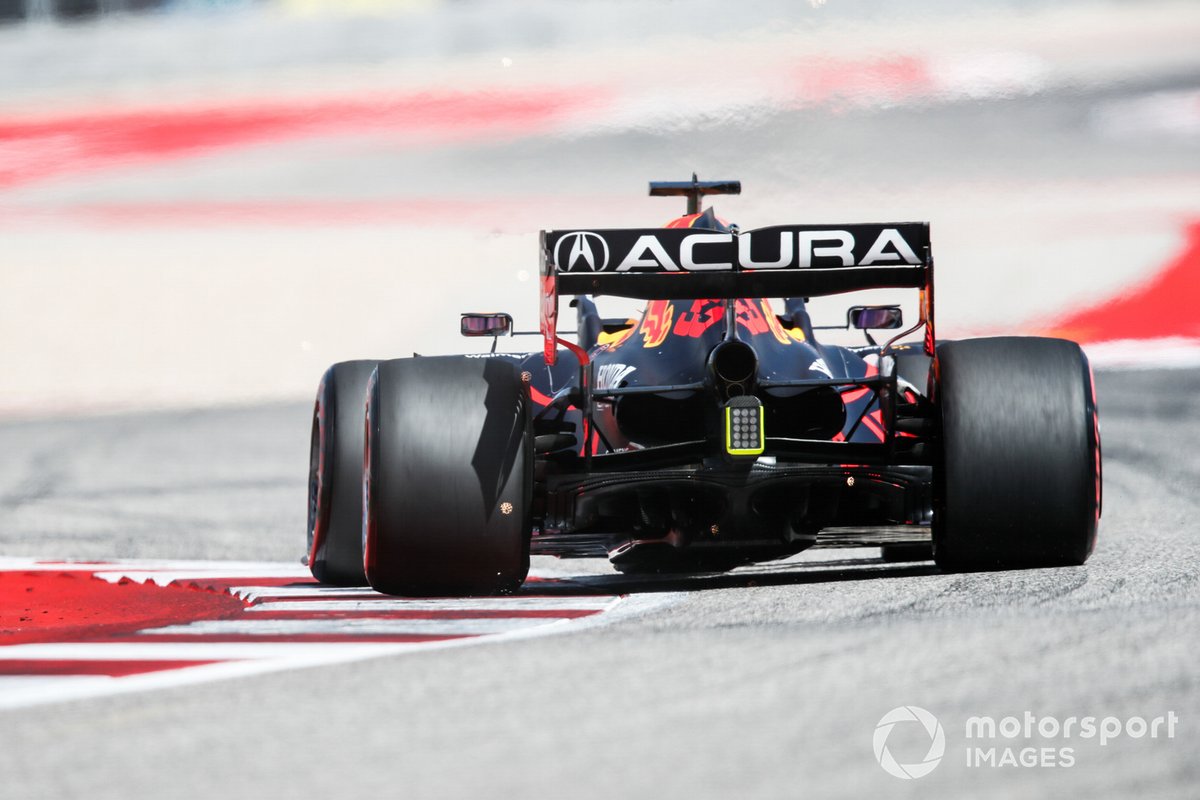 Naturally, this gives Honda something of a leg-up since jet engines are designed to work at high altitudes, and it means that the turbine blades can be shaped in order to displace a higher volume of air.

In the latter half of the 1980s when both turbocharged and naturally-aspirated engines raced simultaneously in F1, Mexico's altitude strongly favoured those with turbos - with the NA runners expected to face around a 20% drop in power.

In 1988, the final year of the old turbo formula, Alessandro Nannini was the highest-placed non-turbo driver in qualifying, a full 3.2 seconds away from Ayrton Senna's 1m17.468s pole time.

The other factor that air density affects lays in the aerodynamics, in that it drastically reduces the amount of drag generally produced by a Formula 1 car.

This means that the teams can run their cars at the highest downforce level without receiving too much of a penalty, but this also comes at a reduced level of outright downforce produced given the reduced density's effect on that too.

Although it affects each team equally, it does reduce the penalty that Red Bull commonly endures with its high-rake package, that naturally produces more drag compared to the likes of Mercedes.

Given that Red Bull has performed strongly at Mexico with cars that have not contested for the championship, it stands to reason that its RB16B should be the breakout star in this year's contest.