Thursday's statement by the FIA provided the first signs of progress for the investigation into Formula 1's controversial season finale in Abu Dhabi.

Newly-elected FIA president Mohammed Ben Sulayem has been handed a difficult task in reviewing what happened in the closing stages of the title decider between Max Verstappen and Lewis Hamilton, and taking action to restore trust among F1 drivers, teams and fans in the governing body.

The hints of change within the update from the FIA should offer some encouragement, even if the timeline remains a source of frustration for many. Any decisions or changes may not receive final approval from the World Motor Sport Council until 18 March, just two days before the new season begins in Bahrain.

But one decision that needs to arrive sooner than that concerns the future of the man at the centre of the furore: race director Michael Masi.

Masi's call to restart the race with one lap remaining in Abu Dhabi sparked outcry from Mercedes after Hamilton was overtaken by Verstappen. Hamilton claimed over the radio on the final lap that it had been "manipulated", while Mercedes launched a protest against the restart that was ultimately knocked back by the stewards.

The FIA's pledge to investigate what happened in Abu Dhabi put an end to further action from Mercedes, who dropped its appeal plans but promised to hold F1's governing body to account.

As outlined on Thursday, the FIA's review of Abu Dhabi will continue next week with the meeting of the Sporting Advisory Committee that includes the teams, while Mercedes boss Toto Wolff also met with FIA president Sulayem on Friday.

Wolff said after Mercedes ended its push to appeal the stewards' ruling that both he and Hamilton were "disillusioned" by what happened in Abu Dhabi, and he hoped it would not cause the seven-time world champion to walk away.

It is critical the FIA gives meaningful and clear answers to Hamilton and Mercedes.

The update on Thursday from the FIA did not provide any concrete decisions, particularly concerning the future for Masi. But it did reveal that secretary general for sport and recently-appointed single-seater director Peter Bayer would provide "proposals to review and optimise the organisation of the FIA F1 structure for the 2022 season", hinting at change for the coming year.

Addressing the wider structure of the FIA's F1 team would reach beyond simply potentially replacing Masi and appointing a new race director, a move that ex-F1 driver and current Sky Sports pundit Martin Brundle said would "not fix the problem" as "it's way too big a job for one person to handle in a 23-race season".

But even if the structure were to change and more support were to be given to the race director, it is hard to see a situation where Masi continues. 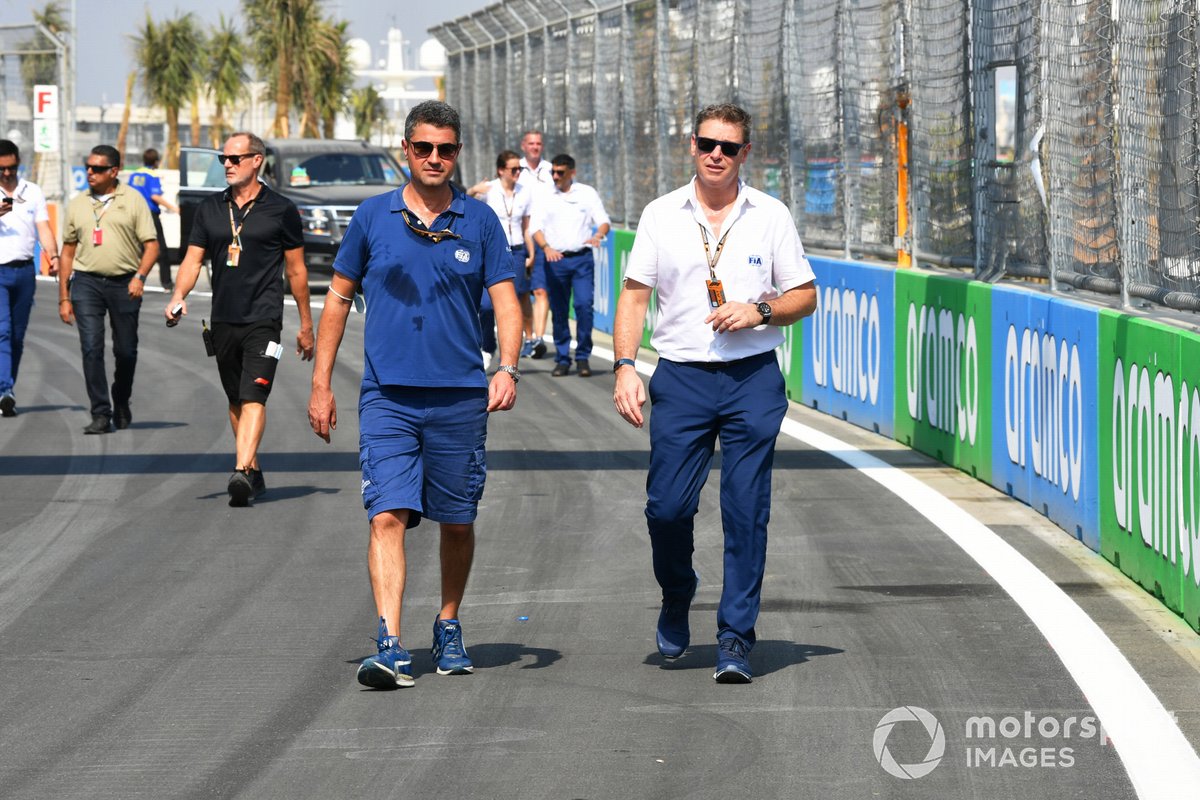 Confidence in Masi has been lost by a number of drivers and teams, as indicated to Motorsport.com by sources in the paddock, due to the events in Abu Dhabi and other decisions taken during the rest of the season.

The reaction to the Turn 4 fight between Hamilton and Verstappen in Brazil left some drivers uncertain what was and was not permitted in on-track battles, while the handling of the incidents in Saudi Arabia also put race control in the spotlight.

Masi has proven to be a likeable figure in the F1 paddock since taking up the role in 2019 following the sudden passing of Charlie Whiting. On a personal level, many would be sorry to see him leave. But there is a feeling that if he continued in the role, future decisions would always be overshadowed by what happened in Abu Dhabi.

The challenge for the FIA is who it would replace Masi with, given the lack of obvious replacements, which again speaks to the need to restructure its F1 operations. Whiting made the role his own for close to 30 years, leaving impossible shoes to fill. As the calendar expands and the challenges grow greater, the stresses of the job will only build too.

Timing is going to be important for the FIA as it considers its next steps. It has outlined plans to talk with drivers and teams, where the role of Masi and race control's operations will surely be up for discussion.

A full analysis and some proposals will be presented to the F1 Commission in February before the World Motor Sport Council gives final approval on 18 March. It is important the FIA acts swiftly to ensure at least some first steps are taken by the time the paddock reconvenes as it looks to restore confidence.

The battle now for the FIA is to regain the trust it may have lost through Abu Dhabi, among the drivers, teams, and, crucially, the fans. Deciding on Masi's future and what any restructuring of its F1 team entails will be an important part of that.