Why F1's 'misleading' tyre graphic is better than you think 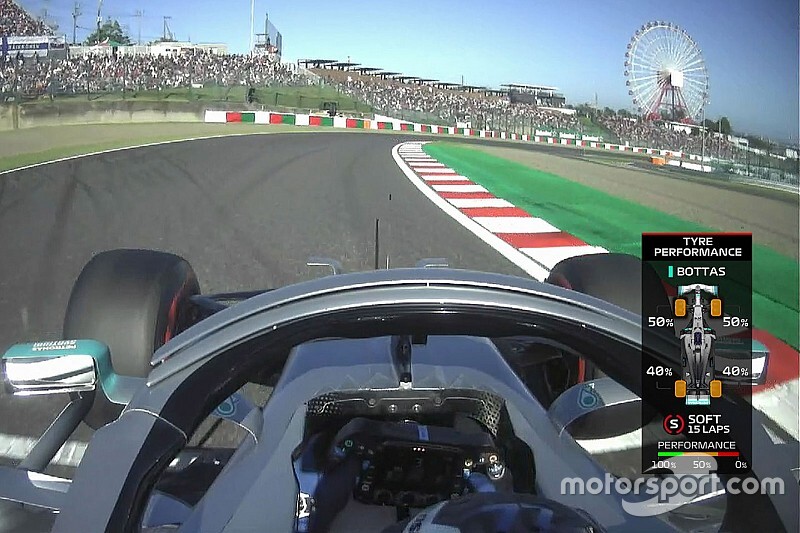 The recent introduction of a tyre wear graphic on Formula 1 TV broadcasts appeared to mostly prompt annoyance and confusion. Was that fair?

With all of us seemingly hard-wired to dislike change, it was little wonder that the unexpected arrival of a new Formula 1 graphic a few races ago raised so many eyebrows.

The tyre data graphic – which initially appeared at the Japanese Grand Prix as a 'tyre condition' insight with percentage figures for all four corners of the car – left fans, teams and even Pirelli (whose data had not been used to come up with the figures) confused about what was going on.

Brazilian GP: The race as it happened