The thrilling battles for position up the down the order at Formula 1's British Grand Prix delighted fans, but were not completely without controversy.

Indeed, a lot of observers were left scratching their heads at some pretty aggressive attack and defence moves, and especially moments where drivers appeared to have been squeezed off the track.

There were several examples throughout the afternoon of drivers being on the outside of their rivals but finding themselves left with no room on the exit.

Mick Schumacher was forced wide by Max Verstappen on the exit of Brooklands as he tried to go around the outside of the world champion in their end-of-race battle.

It was near identical circumstances on the first lap of the official restart, as Charles Leclerc tried to pull a similar overtake on Verstappen and found himself left with no room, so had to lift off.

A few laps before the Verstappen/Schumacher incident, Lewis Hamilton had come off worse and run out side as Red Bull rival Sergio Perez dived for the inside at Village and claimed the full width of the track on the exit of the corner in their fight for second.

At the same corner on the opening lap of the original start, moments before the red flag was brought out, Hamilton had done the same to Leclerc, forcing his Ferrari driver to head across the kerbs to avoid a collision.

All of these incidents were enough to prompt debate and all apart from the Hamilton/Leclerc moment (most likely due to the red flag) were 'noted' by the stewards for a look at before deciding that no further action was necessary. 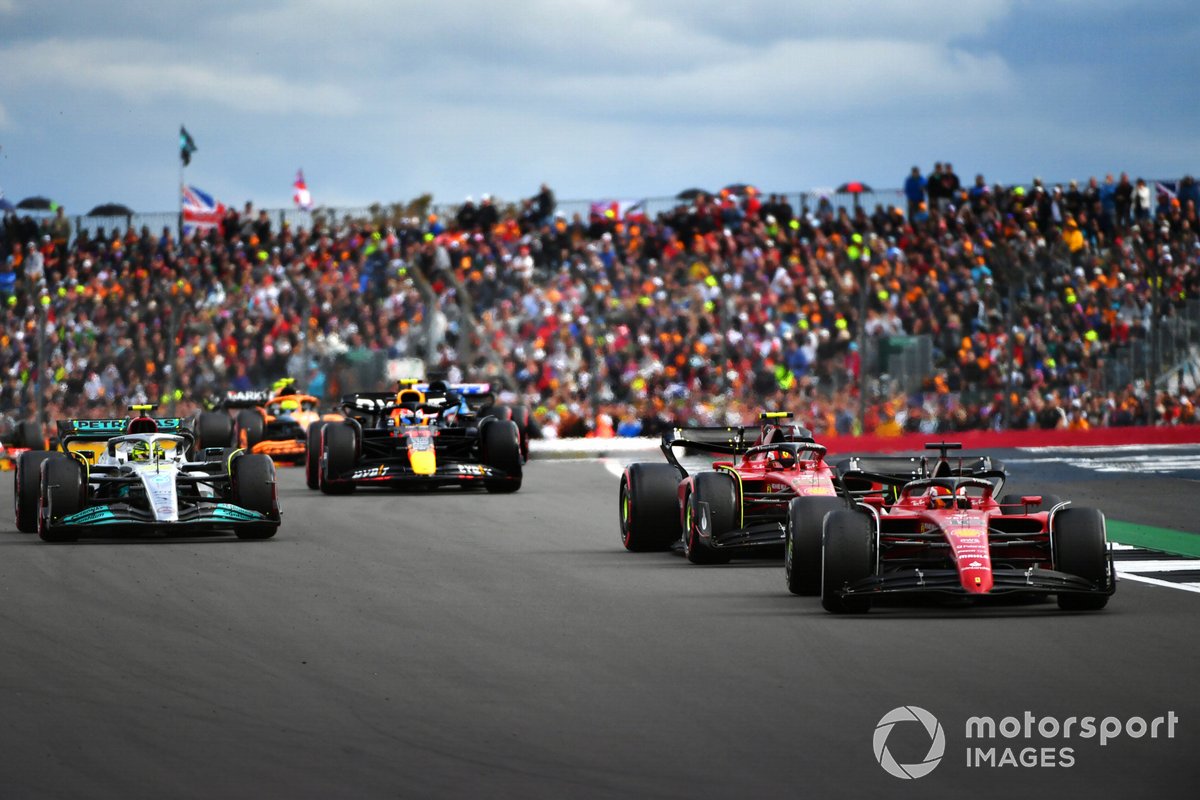 The leniency has prompted a fair deal of intrigue, especially as there has long been an acceptance that in battles there is an onus on leaving racing room for rivals.

Indeed, the FIA's own International Sporting Code states: "Manoeuvers liable to hinder other drivers, such as deliberate crowding of a car beyond the edge of the track or any other abnormal change of direction, are strictly prohibited. Pushing or other contact resulting in a lasting advantage is strictly prohibited. Any driver who appears guilty of any of the above offences will be reported to the Stewards."

However, the ISC alone has never quite been enough to cover all the circumstances of F1 and, at the start of this year, F1's race director Niels Wittich offered some clarity on the matter to teams and drivers about what is and is not allowed.

And the key factor for judging the rights and wrongs of cars having the right to a corner was clearly defined in this 'Driving Standards Guidelines' document that was sent out.

While the definitions are 'non-binding', they are what the stewards take into account when ruling if an incident is worthy of punishment or not.

The crunch thing in each of the controversial British GP moves is to understand the point at which the car overtaking has earned the right to being given the track so can no longer be squeezed out.

And while there has long been this broad view of just needing a 'significant portion' of the car alongside for the track to be yours, things are actually defined much more specifically than that.

The Schumacher/Verstappen, Leclerc/Hamilton and Leclerc/Verstappen moments, of a driver overtaking around the outside, essentially requires the attacker to be ahead of his rival after the apex of the corner.

The document notes: "When considering what is a 'significant portion', for an overtaking on the outside of a corner, among the various factors that will be looked at by the stewards when exercising their discretion, the stewards will consider if the overtaking car is ahead of the other car from the apex of the corner. The car being overtaken must be capable of making the corner while remaining within the limits of the track."

In all three cases, the attacking driver on the outside may have got a fair chunk of their car alongside, but at no point where they ahead from the apex.

So as long as the defending driver kept within track limits on the exit (which happened in all cases), their actions fully complied with the rules.

In terms of the Perez/Hamilton moment, where the Red Bull squeezed out the Mercedes after going for the inside, the demands are slightly different.

A car passing on the inside, the 'significant portion' interpretation is based on: "if the overtaking car's front tyres are alongside the other car by no later than the apex of the corner."

And that is exactly what Perez had done with his late braking move to snatch the spot from Hamilton by the time they were at the apex.

So as long as the move was completed in a 'safe and controlled manner', and Perez stayed within track limits at all times, the circuit was all his from the apex.

The racing rules may appear to encourage drivers being a bit more ruthless with their rivals on the way out of corners than they may have been in the past, but for now that's the way that both the FIA and F1 drivers are happy to accept.

As Verstappen said of the Schumacher fight: "It was good, a hard but fair battle, I think."