Formula 1 will unleash a new rules era this year, as the series shifts to ground effect cars that are aimed at making the racing better.

By:
Jonathan Noble
Co-author:
Giorgio Piola
Listen to this article

While the regulations are not specifically designed to make overtaking easier per se, the hope is that the new concepts will allow drivers to follow their rivals much closer than before.

To achieve that, F1 has had to move away from a reliance on downforce created by the front and rear wings and instead the cars will generate much more performance from channelling air through venturi tunnels underneath the car.

By doing that, it is hoped that pursuing cars will not suffer as much from the wake of rivals in front, which should also help reduce sliding and minimise tyre overheating.

One of the consequences of the change in rules was expected to be a dramatic increase in laptimes, with initial talk being that the cars could be as much as five seconds per lap slower.

However, with teams rapidly understanding the details of the rules, the suggestion is that the cars could be as little as 0.5 seconds adrift of where F1 laptimes are right now.

But even with the laptimes being similar, one common theme that has cropped up in recent weeks has been how different the cars feel for the drivers.

For beyond the loss of downforce, drivers who have tried the cars in the simulators have talked of the cars not feeling as settled.

As McLaren's Lando Norris said: "I don't think it'll be as nice to drive in a way. I think it'll be a little bit more on the limit in terms of pushing and so on. A little bit like F2 in a way, I think, where you see more fighting the car and stuff." 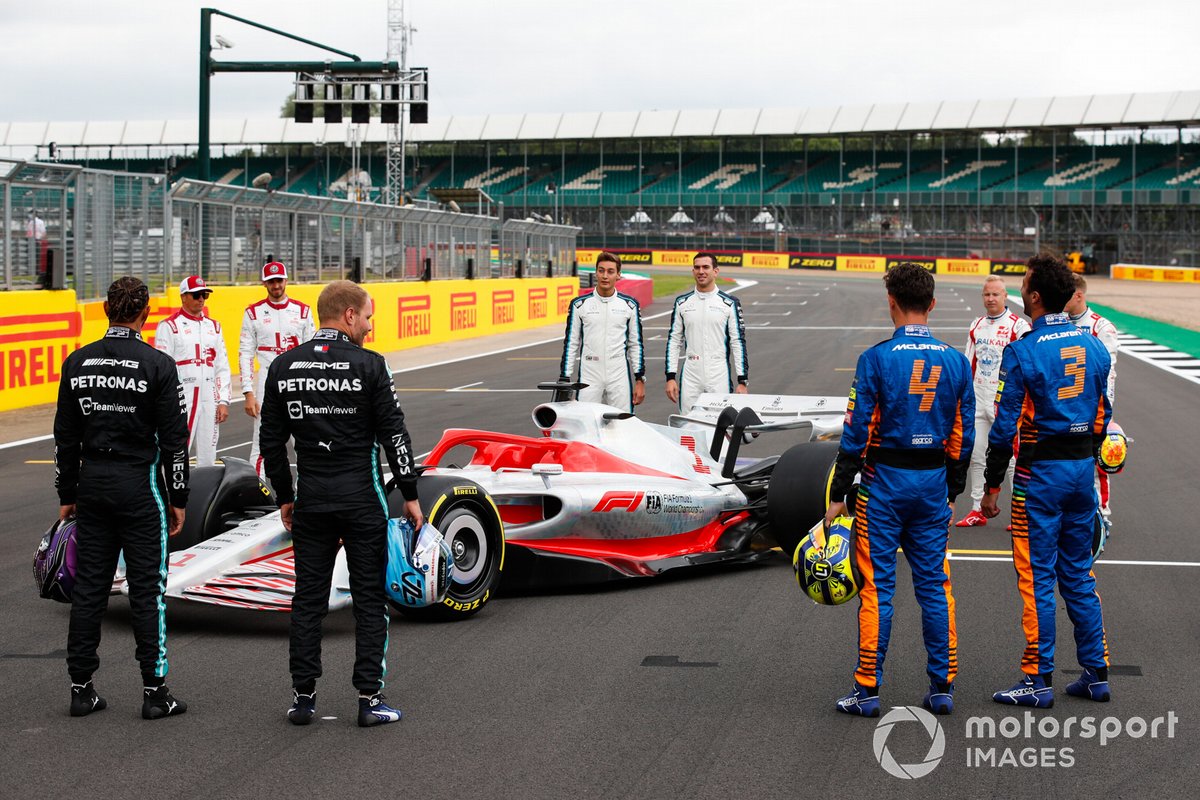 The 2022 Formula 1 car launch event on the Silverstone grid

Such comments, at a time when F1 has moved towards cars that are aimed to make them more stable when following others, appears to suggest something has gone awry.

However, as the FIA's head of single-seater technical matters Nikolas Tombazis explains, what the drivers are experiencing is a consequence of a move to make the aerodynamics of the cars simpler.

For, whereas teams previously honed the airflows of the old generation of cars to ensure consistent airflow over the bodywork through a corner, such an outcome is not possible now.

"Teams had developed the through-corner performance from a driveability point of view and for stability, and they did a lot of work in the simulator.

"They also did a lot of work on the aerodynamics to make sure the car didn't have quick changes of characteristics through the corner that would unsettle the driver. 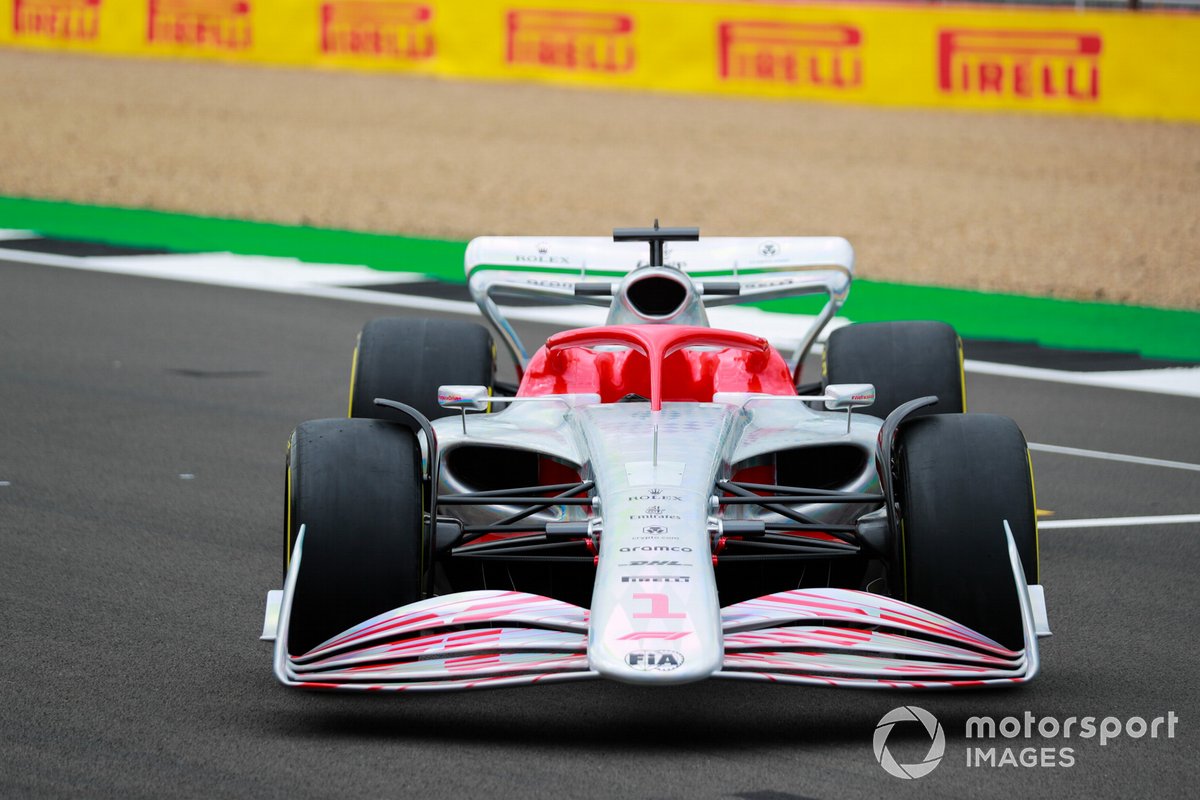 Tombazis said the areas that teams had honed the most – like airflow from the front wing to the bargeboards and under the floor – was no longer possible because of rule restrictions.

"It was previously achieved on the front wing and on the bargeboard area by playing very carefully with the various vortices, and how they travel through air," he said. "That is more limited now in what is possible."

The consequence of the limitations on what teams can do, allied to the change in car characteristics, should put a bigger emphasis on driver talent – something Tombazis is happy about.

"I think it's a good thing for the skill of the drivers that the car isn't as predictable," he said. "I think it's going to be potentially more difficult to drive because they may be not as refined in some of the characteristics."