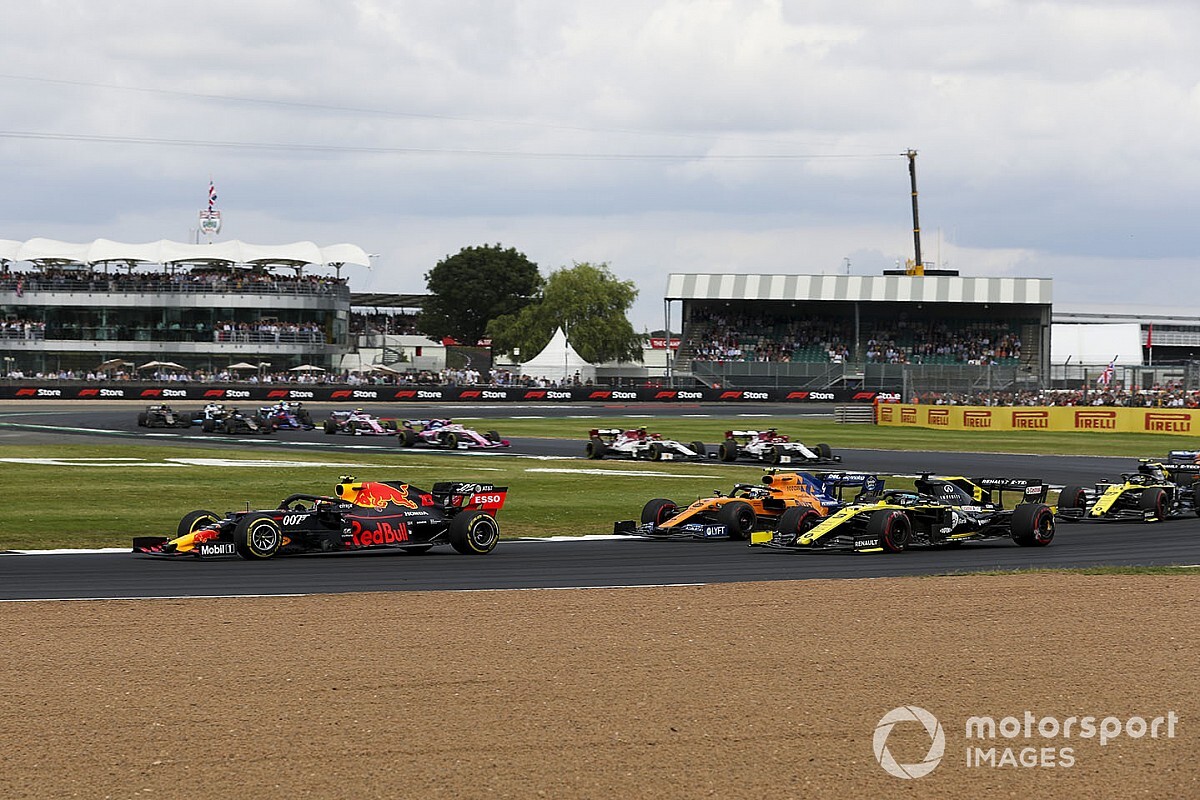 This week's announcement by Silverstone that the British Grand Prix will run without spectators was just one piece in a complex puzzle, and it's still far from guaranteed that the race can actually take place.

At the moment, the race is still sitting in its original July 19 slot on the 2020 Formula 1 calendar, in theory as the second event of the year after Austria.

The provisional plan is for two races at the Red Bull Ring to be followed by two at Silverstone, filling July and giving the world championship a flying start after months of inactivity.

Many elements still have to fall into place for all that to happen, not least a smooth weekend in Austria which proves that the closed doors concept can work safely.

In addition, the staff of Ferrari, Alfa Romeo, AlphaTauri plus everyone else who has to travel from outside the UK will have to be able to get safely in and out of the country.

The bottom line is that no one can predict what the COVID-19 situation will be in the UK and around Europe come July.

"I think we need to be quite careful, and it's not just what we can or can't do in this country, it's how does that fit with a season? Because they're not going to want to start something that they can't conclude.

"Clearly there is will on everybody's part to find a solution that works. But there's still some work to do. This is not a slam dunk."

The closed-doors announcement was an important milestone. It obviously addressed UK government restrictions, while taking away the marketing and commercial considerations involved in selling tickets to pay the F1 hosting fee.

It also bought time. Preparing the venue for an influx of competitors and officials is a much more straightforward task than doing so for a full weekend crowd.

The lead time for green-lighting preparations is that much shorter, and less cash has to spent up front on renting and installing the temporary infrastructure that the event would usually require.

"The situation in the UK is we're not legally allowed to run a public event," says Pringle. "And it doesn't look like that's going to change any time soon, and certainly not within the planning timescale that we need to put the race on.

"The British GP is the biggest sporting event in the UK, and although we've got a lot of permanent infrastructure, a lot of temporary stuff has to go in, and that takes a long time. So with a heavy heart we've said we can't run the British GP in front of the crowd."

Pringle made it clear to F1 some weeks ago that he was ready to hold the race, or races, behind closed doors.

"We've always said we're up for looking at that, and from a Silverstone perspective, it should be doable," he notes. "But it totally depends on where we get to as a country, and the rules in place at the time, and what the government has to say about it.

"The good news is that at the weekend the department of digital, culture, media and sport indicated that they're going to sit down with sporting bodies and get the medical officers to look at what might need to happen for sport to restart behind closed doors.

"We are part of those conversations, together with Motorsport UK, and we're looking to see what we want to do, ie have the potential to run a Grand Prix behind closed doors, and how that could be achieved in a way that's compliant with any criteria that they set.

"In the meantime we remain in dialogue with F1 on whether or not Silverstone is a suitable venue for one of their European races to take place behind closed doors, if we can meet that all-important government bar, wherever its set, in terms of testing, etcetera."

The logistical burden may have been eased by the lack of spectators, but there's still much to be done to ready the venue for a race on July 19.

"It's not a straightforward piece of work, it's still quite a big race meeting. The FIA have got to come in, the track has got to be compliant.

"This is all set against a backdrop of 70% of our staff being furloughed, so at the moment we don't have people in the business to be able to stand this up. If it's going to take place then we're going to need to get people back, which will be great, nothing will be better for morale within the business, but it does require a little bit of planning time.

"Then there's local authority licensing. Even with no public this will be a reasonable size gathering, and there will be the compliances with all the new procedures and protocols that we'll have to adhere to.

"We don't know what those are yet, and we don't know how to implement them. And then you've got the basics of making it look smart for television, painting the kerbs and cutting the grass – although it's a lot more than just that! People don't want to see Silverstone looking scruffy.

"One of the ways F1 is looking to make this work is to have centralised catering, so that will be quite a large task, to be able to feed a couple of thousand people every day."

So when does Silverstone need a definite green light to begin preparations?

"We haven't even got to the stage where we're working back in the calendar," Pringle admits. "I know our ops director would like more time rather than less, but equally we're well adept at Silverstone at dealing with what you've got in front of you.

"I'm working on the theory that confirming a global calendar is something that requires a certain lead time for F1, and that going firm on that will happen within the time requirements of setting our venue up."

One of the key considerations is the provision of medical services. Fewer staff will be needed as there will be no crowd, but on the other hand there will likely be some element of COVID-19 testing on site.

Would it be right to divert precious resources away from day-to-day activities to a sporting event – especially with not one but two races on the agenda?

"I'm very conscious that it's extremely important we are self-contained from a medical services point of view," says Pringle. "I'm sure that will be one of the conditions that government will set, that the sport does not become a drain on medical services, and we would not consider running if there was any risk that we would be so.

"Our chief medical officer has already done a lot of work on whether or not we could do one or two weekends without being a burden on the NHS.

"And bear in mind that although we have very good, comprehensive medical facilities ourselves, we do at a normal Grand Prix send quite a few people to hospital – but they're all members of the public, or the lion's share of them. The on-track risk is much more managed and measured.

"There's a degree of timing associated with this, and where is the country at that time, but things seem to be heading in the right direction.

"The prime minister is quite rightly cautioning against any anticipation about releasing the lockdown, but we're in April, and we're talking about something in July.

"One hopes that if we're all disciplined and hold our nerve and remain consciously adhering to the government advice we'll get to a point in the summer where this should seem like a reasonable and sensible thing to occur."

The calendar situation is so fluid that anything can happen. If July doesn't work, Pringle is open to other dates, and even it does happen as planned there's always the possibility that F1 might ask for another race later in the year, if other races are lost.

"We have events taking place from March to November under normal circumstances, so slotting things is not naturally something we can easily do.

"But we are deeply loyal to the F1 World Championship, having hosted the first round in 1950. If that's what's needed, I'm sure a way can be found to achieve it.

"I'm open to any date that works for them. I wouldn't want to move MotoGP, that's still currently on August 30. Everything else is broadly possible, mindful of the fact that we have clubs and things that think they're coming in August, and it would be rather awkward if we have to jiggle things around.

"Equally people are pretty understanding about the importance of the Grand Prix, but everybody needs to plan. It's not just F1 in this world."

One thing is certain – if there are two races, they will both be held on the standard version of the F1 track, and not in the reverse direction, as appealing as the speculation about that was a few weeks ago after Pringle hinted that it might be possible.

"That was my fault for not shutting down a speculative question with a firm 'no' at the time.

"Like every circuit a shortened version of your Grand Prix circuit is only going to be less of the same corners, and not as good as the original. We can run them round the National, but I don't think it will make for great racing on television!"

Much remains to be confirmed, and there are questions to be addressed such as the availability of marshals, who are of course volunteers – and there's a risk that F1 may take their presence for granted.

Those who serve every year have long had the July 16-19 weekend blocked off in their diaries, but will they still be available, and able to stay for two events? And if the UK lockdown has been freed up enough to allow a grand prix to happen will people be required at their day jobs, having been absent for a few months?

It's very clear that Silverstone and the BRDC face a lot of challenges as they try to keep the British GP alive in 2020, but at least one aspect has been a positive. 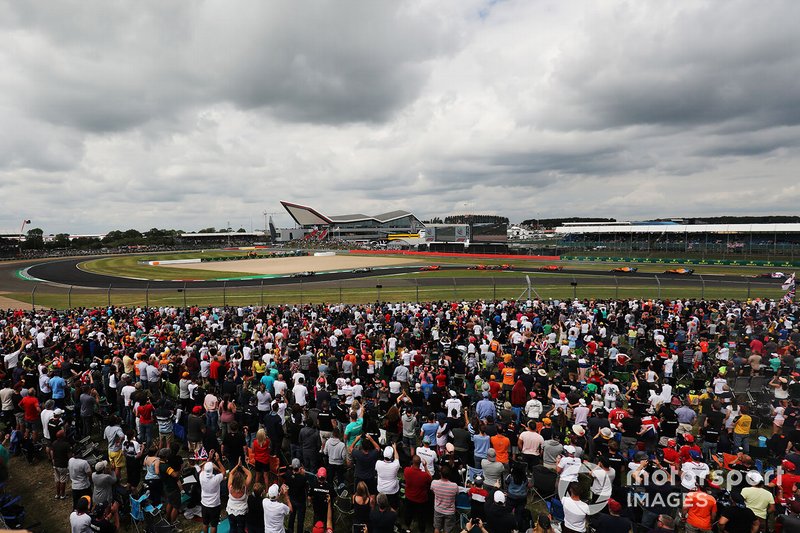 The signs F1 can't ignore in its post-pandemic transformation