Why Bottas and Raikkonen should be seriously worried 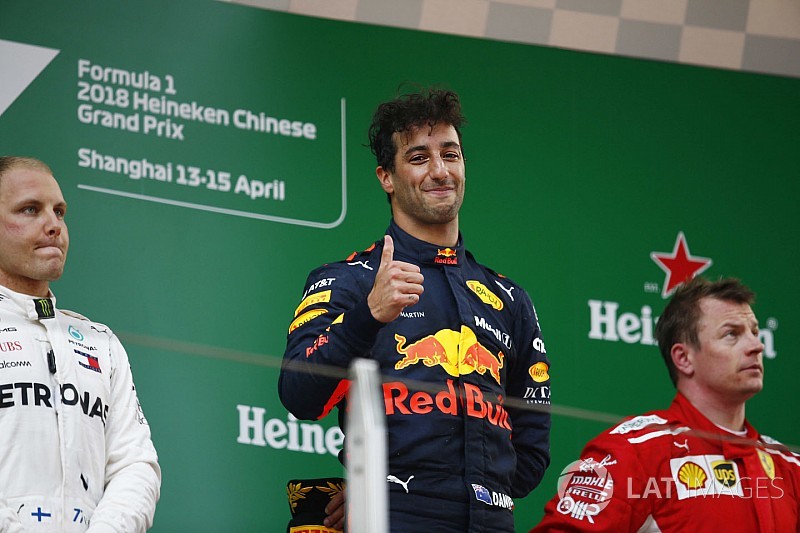 Normally, the starts Valtteri Bottas and Kimi Raikkonen have made to the F1 season would augur well for contract extension talks. Unfortunately for them, there's another driver without a deal for 2019 who has put them in the shade so far.

Four of the drivers in Formula 1's big three teams are out of contract at the end of the season, and while there's no doubt Lewis Hamilton has a Mercedes deal waiting for him to sign if he wants it, there remain question marks over where the other three will ply their trades in 2019. Of those, one stands head and shoulders above the rest in terms of what they offer to a team.

While Valtteri Bottas and Kimi Raikkonen have both had strong starts to the season, Red Bull's Daniel Ricciardo reminded everyone in the Chinese Grand Prix that he brings a little magic to a team. He has the consistent ability to make things happen, to force the issue in a race situation in a way few others can.

FIA to allow F1 teams to mount mirrors on halo

Norris aims to give McLaren "headache" over 2019 line-up