Why doesn't the Formula 1 world champion get the trophy at the last race of the season? Click here to find out the reason why and the history behind it.

By:
Jonathan Noble
Co-author:
Tom Jeffries
Listen to this article

Does the F1 world champion get a trophy?

While it’s not seen very often, the F1 world drivers champion does get a trophy – they just don’t get it presented to them at the final race of the season.

Do they get to keep them?

There are two types of trophies handed out to drivers and constructors. The trophies that you see handed out on the podium, to both the winning driver and team, are for that individual grand prix. One perhaps lesser-known fact is that the drivers don’t tend to keep the trophies they win. F1 teams will typically put a clause in a driver’s contract that states that the team get to keep the trophies that a driver wins, though drivers are either given (or can pay for) a replica of their trophy. This varies from team to team and driver to driver, though Red Bull famously have a two-storey wall of trophies in the foyer of their factory.

At the end of the season, however, the winning driver and constructors are presented with the official F1 world championship trophies – which they keep for the year before having to hand it back for the following year’s winners.

When are trophies given?

The World Drivers Championship Trophy is awarded at the annual FIA Prize-Giving Ceremony, which is a separate event to the final race. It commemorates various FIA-run events and series, including F1, presents awards for a range of on and off-track actions. The final award of the event is the presentation of the Formula 1 World Drivers Championship. With the final race of the 2021 season in Abu Dhabi on the 12th December 2021, the FIA Prize-Giving ceremony will be held on the Thursday afterwards – so 16th December in Paris. 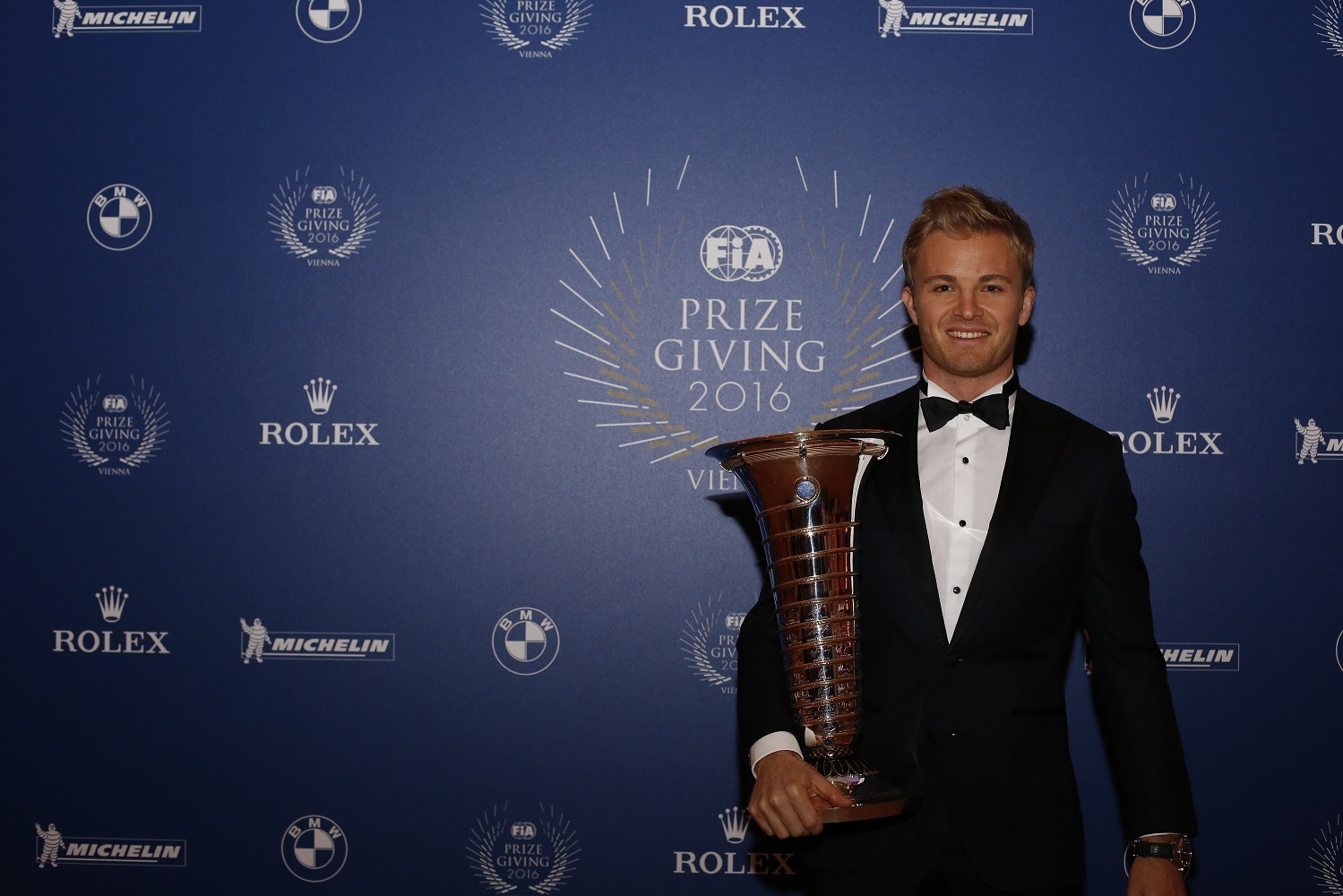 Why do they do that?

The reason the trophy is handed out at a separate event is that, unlike with the World Cup or Super Bowl, there is always the outside chance that the result of the final race could change in the days after the event.

There have been multiple instances of drivers being given post-race penalties in 2021 and the finality of these was not always sorted out in the hours after each grand prix. Sebastian Vettel was disqualified from the 2021 Hungarian Grand Prix after being unable to provide the required fuel sample, while both Nicholas Latifi and Nikita Mazepin were given post-race penalties in Austria for failing to slow sufficiently under double-waved yellow flags.

The FIA’s own International Sporting Code also allows for competitors to ask the governing body for a right of review of events if some fresh element is discovered that could chance the decision of a stewards. This application can take place up to 14 days after an event in question, but the rules state that a final request cannot be brought less than four calendar days prior to the date of the FIA prize-giving ceremony. For 2021, with the prize gala taking place four days after the season finale, it means any review would need to be lodged on the night of the final event.

Can I watch the awards ceremony?

While the awards ceremony wasn’t traditionally televised, it has been streamed in recent years. This has given fans the chance to watch the prestigious event live.

Have they ever given trophies at the end of the season?

No. The FIA rules have always been clear that the world champion trophies are always handed out at the FIA Prize Gala, although some thought has been given in recent years to perhaps holding a fan event – although this idea has never moved forward much.

What’s the design of the trophy?

The drivers' trophy features the names and signatures of all the winners from the previous seasons. These run around and up the trophy, sitting above a laurel wreath that wraps its way from the bottom to the top of the trophy. At the top of this wreath design is a circle depicting Earth, signifying the world that the drivers are champions of. The constructors' trophy features the logos of the champions each year, running around the sides. 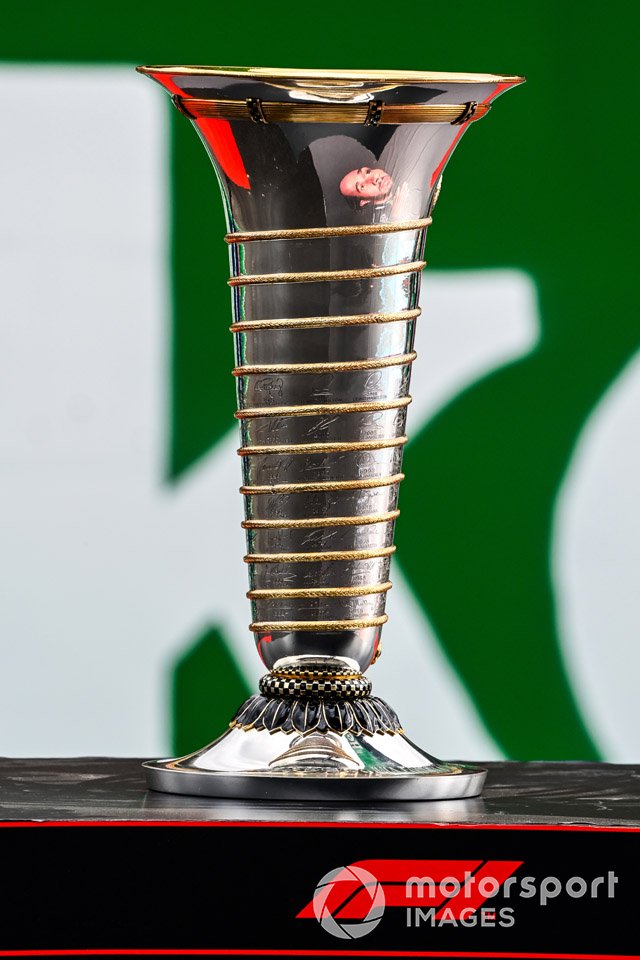