Fernando Alonso starred in Formula 1's first sprint at the British GP with a bold soft tyre gamble. At F1's second sprint event at Monza, the Alpine driver's example might well inspire others to go for broke.

At Silverstone the consensus was that everyone would take the safe option and start on the medium tyre. Alonso opted to go with the soft instead, taking advantage of the extra grip on the first lap to jump up from 11th fifth, before falling back to seventh as quicker cars got past him.

The strategy caught the attention of rivals, and there’s no doubt that some will give it serious consideration at Monza. Saturday’s FP2 session provides a chance to further analyse the soft and get more information before making the final call.

Overtaking is expected to be as difficult as usual at Monza, and soft tyres would give a driver a better launch off the line compared to rivals, and superior traction out of the chicanes on the first lap.

Pirelli F1 boss Mario Isola therefore believes that the soft will be a valid, albeit still left-field choice.

“I'm expecting that the majority of the teams will start with the medium compound or maybe somebody from the back could try to use the soft,” he said after qualifying on Friday.

“You have heavy traction events in Monza, while laterally it is not so important. So maybe tomorrow we have a mix of medium and softs for the sprint qualifying.”

Eighteen laps is potentially a stretch for the soft, but Isola says it’s possible.

“The sprint qualifying is 18 laps here, 18 laps are less than half an hour. So it's really a fast race where they have to push.

“And that is why I think that somebody can try the soft to get an advantage at the beginning and then defend the position for the last few laps.

“The advantage on the soft is attraction is mainly the traction out of the slow chicanes. Maybe a little bit in braking, because in any case the front grip is better.” 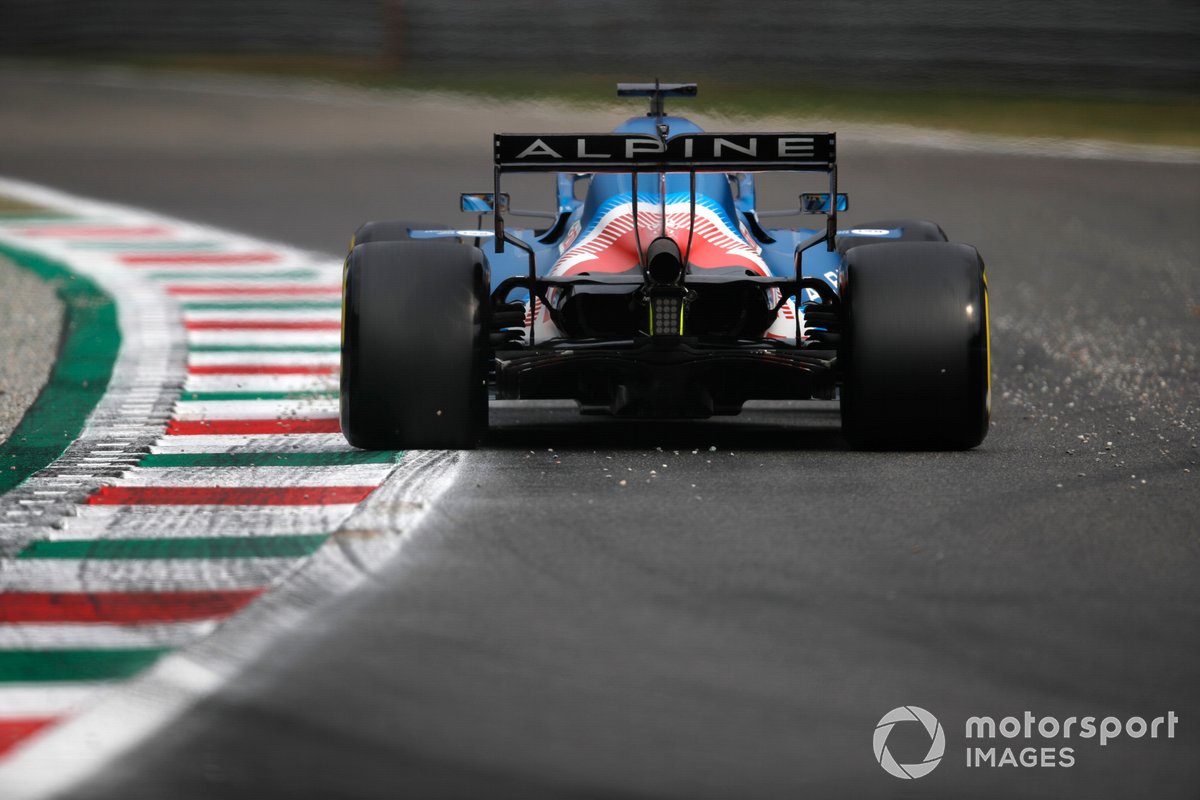 A safety car or VSC would reduce the number of racing laps and help anyone who starts on the soft. However Isola believes that there are other reasons why keeping them alive might not be as hard as you might think.

“I believe that there is a certain degree of management in general during the race," he says. "But not just for the tyre, because you have to manage the power unit. With the hybrid part of the power unit, it's not like in qualifying that you can use all the power that is available.

“That's why during the race, there is a certain degree of management, brakes, power unit, whatever.

"If you manage the rear tyres in traction, you are a bit less aggressive outside the chicane, for sure you can manage to keep the rear tyre alive and finish the 18-lap race with still a good performance also for the soft.

“You get an advantage at the beginning, and then you have to protect a little bit the position in the last laps. Then for the other cars that instead are starting on the medium, the last part of the race that can be a lot more aggressive.

“The other point is that they don't start with a full tank in the qualifying race. They have a car that is much lighter compared to the Sunday Grand Prix. That is another important element that that is giving you the opportunity to save or to protect the rear tyre.”

So who might go for the soft? Isola suggested it might be those “at the back”, but there’s no reason why those further up won’t have a go.

Having thoroughly enjoyed being the joker in the pack at Silverstone Alonso, who starts 13th, is one obvious candidate.

Another is Sergio Perez, out of position in ninth after helping Red Bull teammate Max Verstappen with a tow in qualifying. He’s also a driver well known for being able to keep his tyres alive.

If the Mexican can get ahead of the Ferraris, for example, he’ll have a much better starting position for the Grand Prix. The closer he is to the front on Sunday, the more likely he’ll be able to play a strategic role helping Verstappen.

Pierre Gasly, who starts the sprint from sixth, hints that the need to make a good start could tip drivers towards the soft.

“One thing we learned in Silverstone was we had three starts before the actual first lap of the race,” he told Motorsport.com. “So we had one start with our sprint race, a first lap. We had another start on Sunday, first lap, then there was a red flag. Then a third start, and then a first lap.

“And actually after that first lap, this is the position you are in, and by that time I think we had lost four positions compared to our starting position in qualifying. And that's something we clearly understood we need to work on, and especially with this sort of format.

“Teams which are really good at starts gets like two occasions to make up positions, so that's one thing you need to focus on more than usual. I think Fernando surprised a couple of guys starting with a soft tyre, and [he] made up a lot of ground in Silverstone.

“I think there were a couple of lessons there clearly that were made after the weekend.”