Who drove the best race at the Hungaroring? 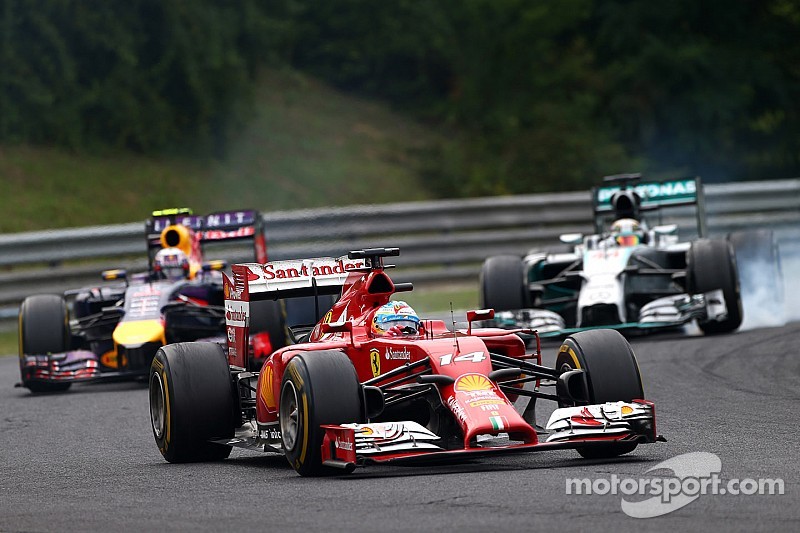 We saw some incredible driving in the Hungarian Grand Prix, but who had the most impressive race of them all?

The 2014 edition of the Hungarian Grand Prix will go down as one of the most thrilling races this year. It was a race that saw both wet and dry conditions, a plethora of strategy calls, and a three-way fight for the win at the end of the GP.

Below, I've chosen three names. They are the drivers who were the stars of the show for most of the day. Motorsport.com wants to know, which driver do you think drove the most impressive race? Let your voice be heard by clicking one of the links at the bottom of this story.

Ricciardo started the GP back in fourth, but was leading by lap ten when his team opted to put him on dry weather tyres under the first safety car period. The Aussie led a number of laps, eventually finding himself in third place with the laps winding down.

Between Ricciardo and the top step of the podium were two World Champions. He spent a number of laps attacking Lewis Hamilton and with the wheels locked up, he managed to work his way by on the outside. He immediately turned his attention to race leader Fernando Alonso, who he passed with ease going into the first corner, going on to win his second GP of the season.

Fernando Alonso found himself in a defensive position at the end of the race, trying to hold on for Ferrari's first win of the year. Lewis Hamilton tried but failed to pass Alonso, who still led the way with three laps to go. He was trying his hardest to hold off two drivers with fresher tyres, able to fend them both off until Ricciardo found his way by in the final moments of the race.

Lewis started the race from the pit lane and quickly found himself spinning out of control early in the race. Lucky for him, two safety cars allowed him to stay in touch with the field and some great calls by his Mercedes team launches him up and into contention.

By the end of the race, Hamilton was in an awkward position. In front of him, he was catching race leader Fernando Alonso. Behind him, he was being caught by Daniel Ricciardo and Nico Rosberg. He was forced to attack and defend at the same time, trying to muscle his way past Alonso while also fighting to keep the hungry Red Bull driver at bay. He failed on both accounts, but did manage to hold off teammate and title rival Nico Rosberg by pushing him wide on the final lap.