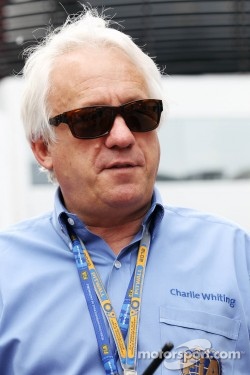 The FIA's race director, who is also in charge of homologating the venues ahead of their respective Grands Prix, touched down in Texas immediately after the weekend's race in Canada.

The Circuit of the Americas is still under construction, and has been subject to delays, legal trouble and intense speculation that its inaugural race in November might be in danger.

But Briton Whiting said after his inspection: "It is clear that the significant resources Circuit of the Americas has committed to completing this facility on time and to FIA specifications is making a difference.

"The more than 500 construction workers on site daily are making great progress, and I plan to return to Austin at the end of August for an update," he said in a circuit statement.

The final pre-race inspection in Austin is set for September 25, which will take place 60 days before the first US Grand Prix since 2007.

Not easy for Perez to leave Sauber team - boss