Eagle-eyed fans will have noticed something slightly odd about Ferrari's pre-race preparations at the last few grands prix – with the team dumping a cooling bag on top of its onboard camera as the car sits on the grid.

The bright yellow sack, believed to contain dry ice, has in fact also been spotted on top of the car during pre-run preparations in the garage ahead of practice sessions and qualifying.

As the only team to employ such a tactic it has prompted some intrigue about whether Ferrari has found a clever performance gain – or if this is simply a diversion tactic to take the focus off something else the team is doing.

Ferrari's official explanation for the move is that the bag is being used to cool the electronics in the onboard camera.

With the performance of the cameras a vital part of the entertainment package in F1, ensuring that they are working to their best is essential for the fans.

But with there having been no suggestions of cameras overheating and, with Ferrari being the only team to employ such a tactic, its account for what it has been up to has drawn a sceptical response from rivals.

Teams rarely do anything in F1 without there being a performance benefit, so Ferrari's cooling bag has prompted a host of other theories – with no firm answer yet about what the motivation behind it all is.

Some have pointed to the fact that Ferrari could be using the cooling bag to try to alter the ambient temperature inside the airbox – in a bid to provide a temporary boost to engine performance. 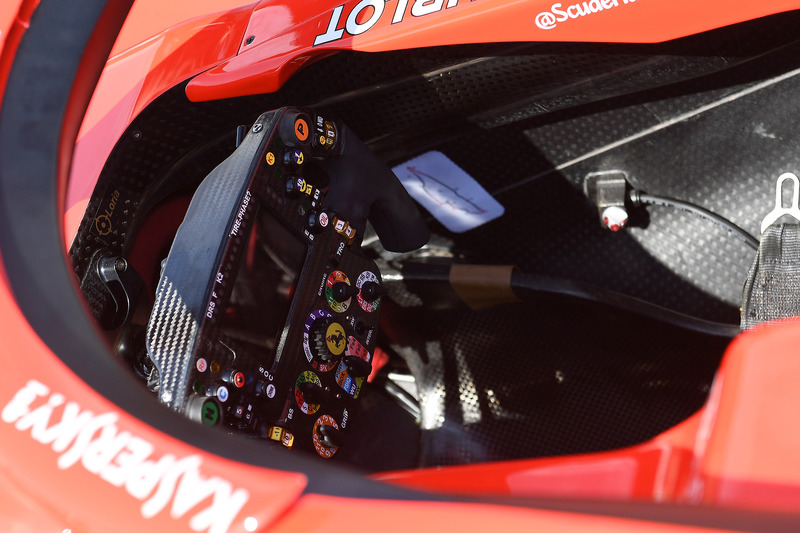 Earlier this year, F1's technical regulations changed to try to prevent teams from messing about with temperatures of the airbox, amid fears that efforts could be made to super cool air for better performance.

Article 5.6.8 of the 2018 regulations states that engine plenum temperatures must now be more than 10 degrees higher than ambient temperature.

However, there are some exceptions, as the rules state that the temperature does not have to be above this limit at all times of the event.

"The first lap of the race, laps carried out whilst the safety car is deployed, pit in and out laps and any laps that are obvious anomalies (as judged by the technical delegate) will not be used to assess the average temperature," states the F1 rulebook.

Could Ferrari have found a way to boost its engine performance for qualifying and the start of the race by cooling the air going into the power unit?

Or could the cooling be related to the temperature of the MGU-H? If Ferrari is able to get more performance out of its energy recovery system in the early stages of a race by allowing it to run in a colder operating window, then that could pay dividends.

One other theory is that the cooling bag is being used not for an ultimate performance gain, but as the way of helping Ferrari keep hold of any advantage it already has – by blocking what its rivals can see.

Indeed, onboard footage of the Ferraris on the grid at Hockenheim and Hungary showed that when the camera bag was in place, it conveniently blocked the camera lens – meaning the team's pre-race preparations inside the cockpit and more especially its steering wheel settings were hidden from view.

It's been no secret that Ferrari has enjoyed some brilliant starts in recent races – which prompted some deep investigations from rival Mercedes to try to recover the ground it had lost.

One area of intrigue surrounding Ferrari's strong starts has been the use of an extra control element that is hidden below a silicon covering on the front of the team's wheel – as its highlighted in the below drawing from Giorgio Piola. 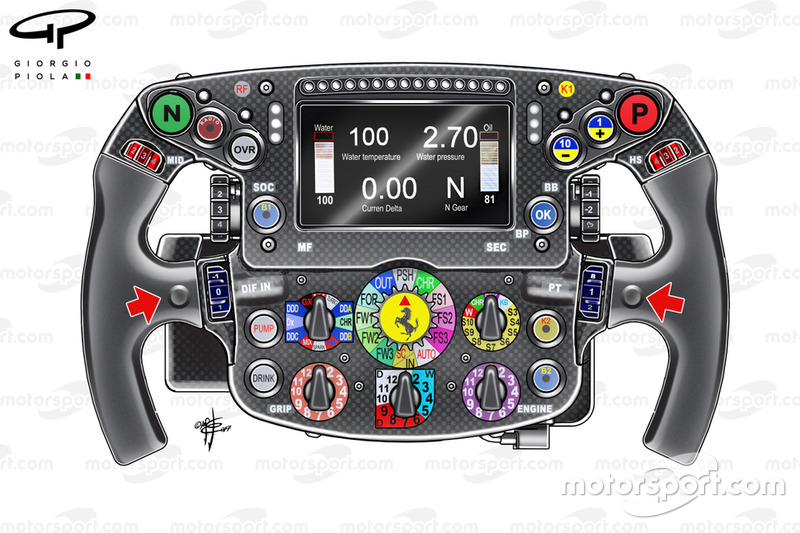 Analysis of the race starts of both Ferrari drivers shows them engage this control (which is either a button or a fulcrum) with their thumbs (Vettel on the left and Raikkonen on the right) once the start sequence is under way, and then release it once the five red lights have gone out.

What this control does is unknown, but it is a new element for this year and it is most likely being used to help the drivers achieve the perfect getaway – either through helping them pin-point a clutch bite point or through how the clutch itself is released.

With overtaking so hard in F1 this year, gaining places at the start has taken on an increased importance – which makes it perfectly logical as to why Ferrari would do all it could to keep the secrets of its getaways away from the prying eye of rivals.

What will be more intriguing to see will be whether the 'camera cooling' continues now that the worst of the hot races are behind us. And what better place to spot a chance than the fickle weather than often greets us at the Belgian GP. 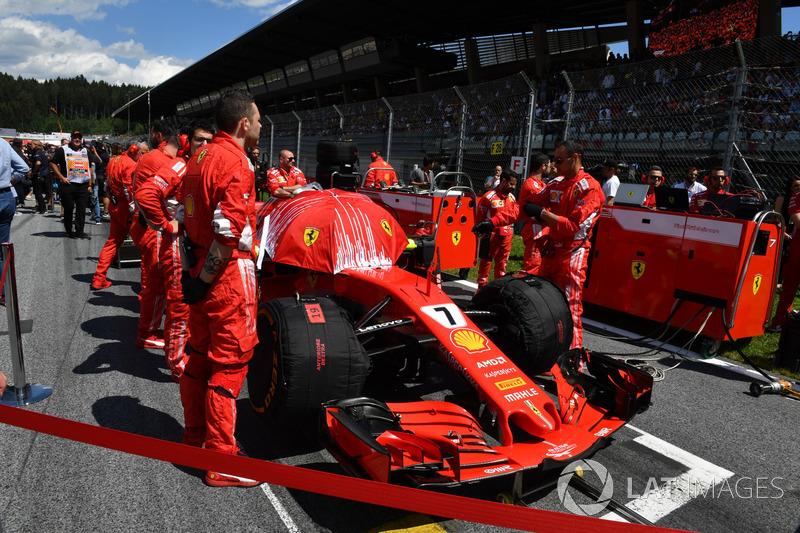 Max Verstappen says hitting the anti-stall during his start for Formula 1's Singapore Grand Prix after releasing the clutch led to his poor getaway off the line.