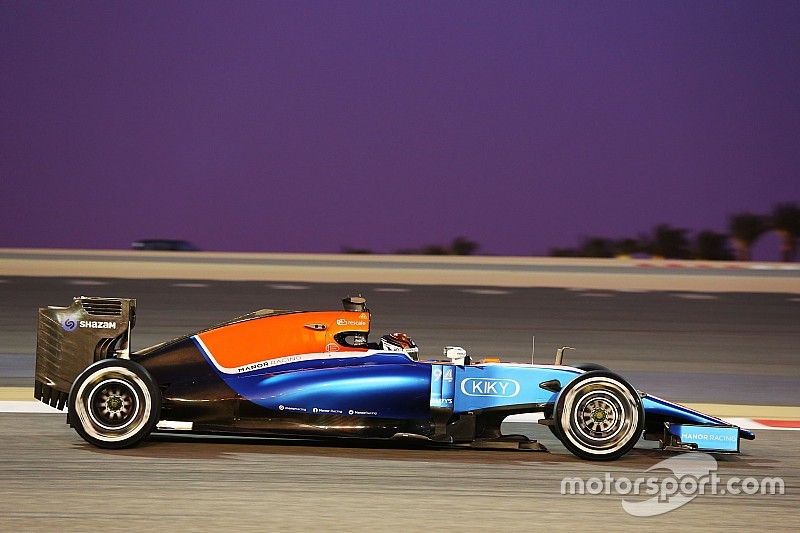 The German delivered a sensational performance in Q1, pushing out Sergio Perez and only just missing out on making it through to Q2 as he grabbed 16th position on the grid.

But despite delivering Manor's best grid position since Jules Bianchi qualified in an identical place at the 2014 Belgian Grand Prix, Wehrlein does not believe that the result is a flash in a pan.

He is convinced that his outfit has rediscovered the promise it showed in pre-season testing in Barcelona, which has lifted optimism for the season after a disappointing Australian GP.

"The weekend started already very different compared to Melbourne," he said. "In Melbourne we had a few problems with the car and we couldn't solve that in Melbourne.

"That feels more like the car I was used to having in Barcelona, and we were just close to going to Q2. I am really happy with the day."

He added: "The team have done an amazing job coming here and we were all confident that we would be much better here than in Melbourne.

"We had some problems there and they solved that, and now we are competitive because in Melbourne we were far at the back.

"We were not just missing a few tenths, we were missing far at the back – so now it felt like a different car, or the car I had driven in Barcelona. I am happy with that."

Although few expected Wehrlein to show so well in Bahrain, he revealed that he had actually set his sights on getting through to the second qualifying session.

"I was aiming for Q2, to be honest!" he explained. "I knew that I would have a good car in qualifying and I felt much more confident, and at the end you saw. I just missed it by two tenths.

"Even my position now it feels like amazing position to be in and start the race."

Kvyat at a loss over "embarrassing" lack of speed

McLaren's Vandoorne: A pretty special performance on qualifying at Bahrain