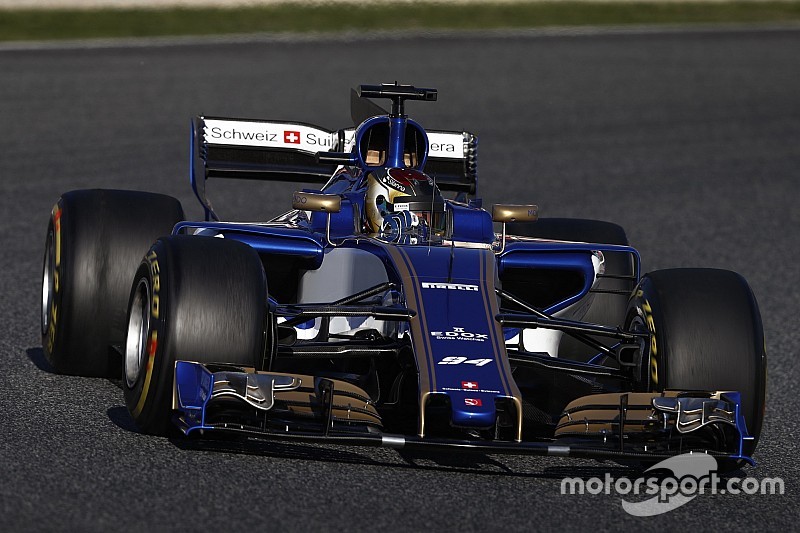 Pascal Wehrlein says he is all clear to continue Formula 1 testing this week after reporting no back pain during his return to action with Sauber on Tuesday.

The German has been sidelined since hurting his back in a crash at the Race Of Champions in January, and was forced out of testing last week.

He took part in this morning's session to help gauge his fitness and, having reported no trouble, he is ready to continue running for another half day on Wednesday.

“I am feeling good. I am very happy about today,” he said. “I jumped into the car and no pain, nothing. I was pretty happy by lunchtime – totally fine, no issues.

“I will be back tomorrow morning in the car and let’s go from there.”

Although the pain from his back has gone away, Wehrlein’s injury has left him a little behind where he wanted to be in terms of fitness training – but he says there is nothing that alarms him.

“Of course you feel tired. But I don’t have pain. It is two separate things. I think it is good that my back is not making any trouble, or is painful after a few laps. That is a positive about today.”

With Wehrlein able to push on with his testing programme, he is hopeful that there is still time to get up to speed with Sauber before the Australian Grand Prix in Melbourne – although he concedes he will be behind at the start of the campaign.

“In terms of my own level, I will be back soon,” he said. “For sure the first race will be quite tough and also the second, because everything is new, new team, new engine, new tyres, new regulations. I lost two days of testing.

“Of course in the beginning I will lack something but I will catch up quite quickly in a few races and then I will be back where I should be.”