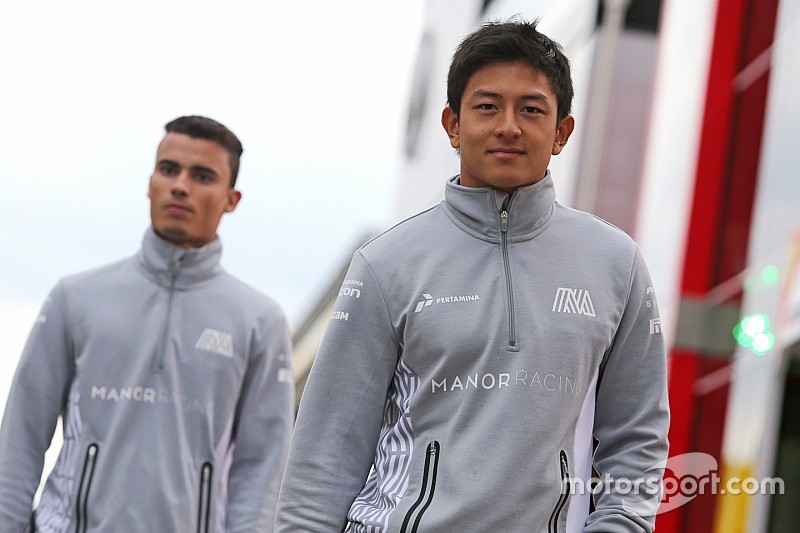 Pascal Wehrlein says he is "a bit sad" over former Manor teammate Rio Haryanto not getting the credit he deserved during his stint in Formula 1.

Having run the first 12 races of the season with Manor, Haryanto was replaced by Mercedes and Renault protege Esteban Ocon during the summer break due to a funding shortage.

Ocon will start 17th on his debut, with Wehrlein lining up 15th, the German the only one of the two Manor drivers to make Q2, having lapped half a second quicker than his new teammate.

"He’s a very highly-rated driver and to beat him by half a second in qualifying was very good and I’m happy with that," Wehrlein said.

"Maybe now you can see that Rio was actually very good and performing really well and I feel like today he could have done the same.

"I think everyone underrated him or underestimated what he could do. I feel a bit sad for that because, actually, he was a good teammate and he did a good job."

For his part, Ocon said he was disappointed to narrowly miss out on a Q2 berth - and admitted he was still looking for pace with the supersoft compound.

"I would say I'm a bit disappointed to end up so close to being in Q2, it's never nice to end up that close and not being in Q2," Ocon said.

"A bit disappointed on that side, but it's not an easy thing to come midway through the season. I got 12 grand prix to catch [up] on experience in three practice sessions.

"Of course, it's tough - but in the end I made a really good step on the second supersoft set. I was quick in the morning on the soft, I just lack a bit of speed on the supersoft, it should come in the other grands prix."

Pressures, not temperatures to blame for tyre dramas - Smedley