Wehrlein just 0.5 seconds away from penalty 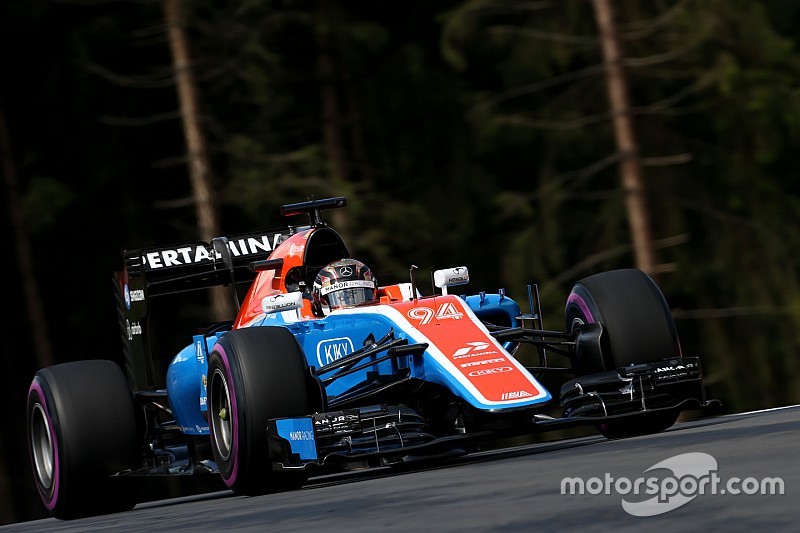 Pascal Wehrlein has revealed that he was just half-a-second away from getting a penalty that would have robbed him of his maiden Formula 1 point.

The German was one of the stars of the Austrian Grand Prix weekend, delivering a strong qualifying performance and then following it up with a brilliant recovery from the back of the field in the race to take his and Manor's first points under new ownership.

But it nearly went wrong before the start, when Wehrlein accidentally stopped in the wrong slot on the grid, having driven in to the empty 10th place slot left by Felipe Massa.

Realising his mistake, Wehrlein quickly engaged reverse to get back to his 12th place, and just got stopped in time before the red light procedure began.

"I knew Massa was out, although I hadn't seen [what happened]," explained Wehrlein. "But it happened for the first time for me that there was a slot in front of me that was empty.

"I didn't really think about it, so I went behind the next guy and I stopped. Then I saw Sebastian [Vettel] in his red car in front of me [in P9] and I thought, 'I didn't finish qualifying behind him'. So I put reverse gear in and went backwards.

"I managed to stop the car, put it in the first gear and I saw the red light come on. It was maybe just half a second – and half a second later I would have got a penalty."

Although it is understood that rival teams queries whether or not there had been a rules breach with what Wehrlein did, the fact the German was stopped before the red lights came on meant he was in the clear.

Coincidentally, the team's other points as Marussia when Jules Bianchi finished ninth at Monaco in 2014 came on a day when he was given a penalty for starting in the wrong grid slot.

Wehrlein also later revealed the scale of his fightback to finish in the points, having been last and 12 seconds behind the rest of the pack following the safety car period.

"I thought the race is done," he said. "We were so unlucky with the safety car [having stopped the lap before]. I was last after that, so I thought okay, that is it today.

"But I kept pushing and trying to manage my tyres, as I didn't want to stop again. In the end I was fighting with [Valtteri] Bottas and [Esteban] Gutierrez and the team told me you need to keep Esteban behind you. He was on fresh tyres, 1.5 seconds quicker, but the team said I could score a point.

"When I crossed the start-finish line, I watched the screen and saw my name was in tenth place. So I thought it must have been [Sergio] Perez, who crashed on the last lap.

Mazepin to drive for Force India in Silverstone F1 test